FORMER pre-teen heartthrob Aaron Carter has been dating fiancée Melanie Martin for a little over a year.

The pair are engaged and are expecting a baby together.

Bulgarian-born Melanie Martin is a bartender and lash bar owner.

Martin stepped into the limelight after she started dating rapper and singer Aaron Carter.

How long have Aaron Carter and Melanie Martin been together?

Carter first went public with his new relationship in January 2020 when he shared a picture of the couple on Instagram.

He wrote at the time: “She loves me she loves me not, she woke me up from napping but I’m not complaining.”

In February, the singer hinted that things were getting serious when he referred to the lash bar owner as his “wife.”

He wrote: “Notice HER comes first always put your woman first before your own selfish needs. That’s what my daddy always taught me. Do right by your woman happy wife happy life.”

The couple then got engaged in June to show their commitment to each other.

In March 2021, Carter revealed Martin is pregnant with their first child by showing off positive tests in a home video.

The couple had previously miscarried, making this their rainbow baby.

Aaron took to Instagram to show off a video where his fiancee's pregnancy test slowly began to show its positive result, announcing that they were expecting their first child together.

In the video, the father-to-be showed as one pregnancy turned into a clear positive as he said: "Alright, so this is the second one we are testing.

"Because the first one came out like this," he said as he showed a blurry positive pregnancy test.

Melanie responded in the video: "I don't know what's going on. You can see it."

"Well, yeah because you're pregnant. Here we go!" Aaron laughed behind the camera.

As the pregnancy test turned positive, Melanie told the singer: "I love you, baby."

This is the second time that the couple has announced they were expecting a child as back in April, Aaron also revealed they were pregnant.

Why was Melaine Martin arrested?

The Sun confirmed that Melanie was arrested for felony domestic violence in March.

She was released the following day after posting $50,000 bail. 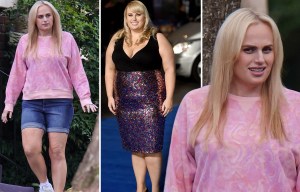 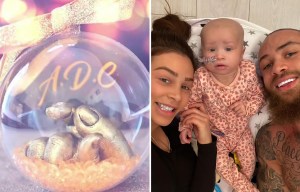 According to TMZ, police arrested Melanie after they were called to the singer’s California home to investigate an alleged fight between the couple.

Cops told the outlet they decided to arrest Melanie after discovering visible marks on Aaron's body upon arrival at his home.

Just one day after the arrest, Aaron claimed he was "single" and posted a nude bathroom selfie on Instagram.