FROM Sheffield to Hollywood, via Dublin, Dominic West is a proud Yorkshireman and budding hotelier.

The actor is now joining the cast of the esteemed TV and movie franchise Downton Abbey.

Who is Dominic West?

Dominic West, 51, is an English actor.

He was born and bred in Sheffield, South Yorkshire, to a large Irish Catholic family - the sixth of seven siblings.

He is an Old Etonian, who attended Eton College, Trinity College Dublin and the Guildhall School of Music and Drama.

The actor is also a dab hand at accents, and can also turn his hand to all genres.

On April 19, 2021 it was revealed that Dominic had been cast in the sequel to the Downton Abbey movie.

However, his character is yet to be revealed.

Downton Abbey is of course the franchise that made Lily James famous - the actress that Dominic was caught kissing in 2020.

What else has Dominic West starred in?

Dominic was praised for his character's American accent when he starred in US drama The Wire as cop Jimmy McNulty.

His first TV appearance was as Joe Smoker in a short film, 3 Joes.

Two years later in 1995, he got his big break when he starred in Richard III alongside Ian McKellen (who he attributes with getting him the role).

As well as starring in hit movies such as Mona Lisa Smile and Marvel's Punisher: War Zone, he took on some TV roles such as The Devil's Whore and ITV's Appropriate Adult, playing serial killed Fred West.

He also voiced Rudder in Finding Dory in 2016.

He's played Noah Solloway for five series in The Affair and in 2015-16 he starred alongside Janet McTeer in Les Liaisons Dangereuses at the Donmar Warehouse in London.

He starred as Jean Valjean in the TV mini-series adaptation of Les Miserables in 2018-2019, before joining Brassic, a Sky One comedy starring Michelle Keegan.

One of his lesser-known roles before being launched into the spotlight was Jerus Jannick in Star Wars: Episode I The Phantom Menace, one of the palace guards on Naboo.

The pair dated during university but split after graduation.

They rekindled their relationship, got engaged in 2007 and married in Limerick, Ireland, in 2010.

The pair have three children together, Francis, Dora and Senan.

Dominic has a daughter, Martha, from a previous relationship with Polly Astor.

In August 2014, West was one of 200 public figures who were signatories to a letter to The Guardian opposing Scottish independence in the run-up to the referendum.

His wife is the daughter of Desmond FitzGerald, 29th Knight of Glin, and she grew up in Glin Castle in Limerick.

When was he spotted kissing Lily James in Rome?

West was spotted kissing Lily James on a romantic break in Rome in October 2020.

The pair spent a romantic getaway in a suite at the top of swanky Hotel De La Ville in Rome.

In snaps taken of the couple Dominic is seen stroking Lily's hair as they got lunch together and smiling at the brunette beauty before leaning in for a kiss.

The pair cosied up further when they hopped on to an electric scooter together..

What has Dominic West said about being an Old Etonian?

Dominic told Radio Times that being sent to boarding school was like losing his parents.

He said: "It was the worst feeling I have ever had, very similar to the grief when my parents died.

"It's the same thing really; you think you've lost your parents. 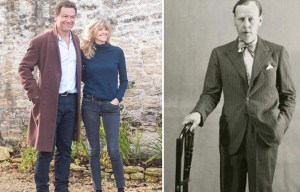 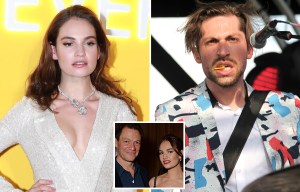 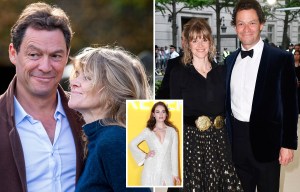 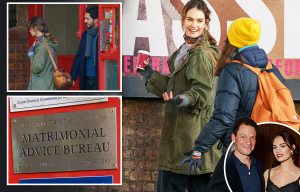 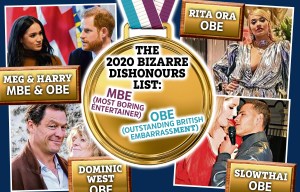 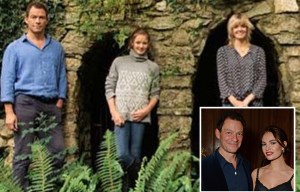 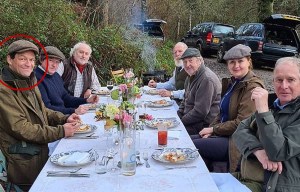 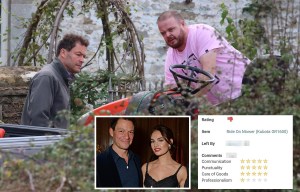 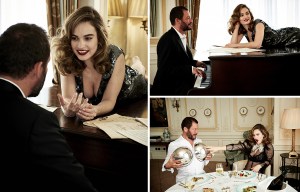 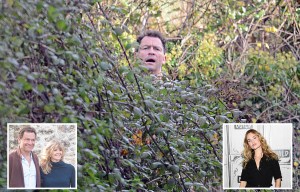 "I learned to bury the emotional effects of that and then I went to drama school and had to dig it all up again."

The actor also claimed he used to be irritated by the "Old Etonian" label.

He said on The Graham Norton Show: “Old Etonian is a stigma that is slightly above 'paedophile’ in the media in a gallery of infamy.”