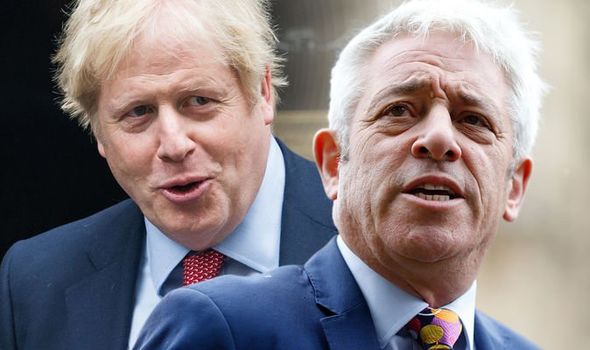 John Bercow is worried the Government will block his peerage (Image: Getty)

Downing Street said allegations about Mr Bercow’s behaviour were "very concerning" and should be "investigated thoroughly". It comes after former Commons clerk Lord Lisvane became the latest to complain and handed a dossier of allegations to the Parliamentary Commissioner for Standards.

But Mr Bercow denied the claims and accused the government of trying to stop him becoming a peer.

Mr Bercow said that since retiring it has "become increasingly obvious that the Government has no intention of honouring the centuries-old convention that a departing speaker is promptly elevated to the House of Lords".


A government source pointed out that Mr Bercow, who stretched parliamentary rules during Brexit legislation, “wasn’t always a fan of convention”.

Labour leader Jeremy Corbyn is believed to have nominated him for a peerage after No 10 broke with tradition to deny him the honour when he quit last year. 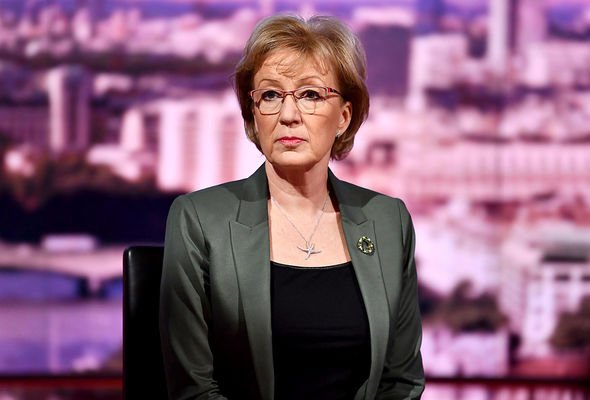 Andrea Leadsom, who the former Speaker is accused of calling a 'stupid woman' (Image: Getty)

Mrs Leadsom, who the former Speaker is accused of calling a “stupid woman”, said that no one in Parliament should be above the rules.

“As Leader of the Commons, I did a huge amount of work to bring into place a complaints procedure that would mean nobody, whoever they are, from employees of the house right the way to the Speaker of the Commons, could be allowed to get away with bullying, or harassment, or sexual harassment of any sort whatsoever,” she told LBC.

“That complaints procedure is in place. Anybody who is found guilty, whoever they are, should, in my view, not be able to skip from one House to the other.” 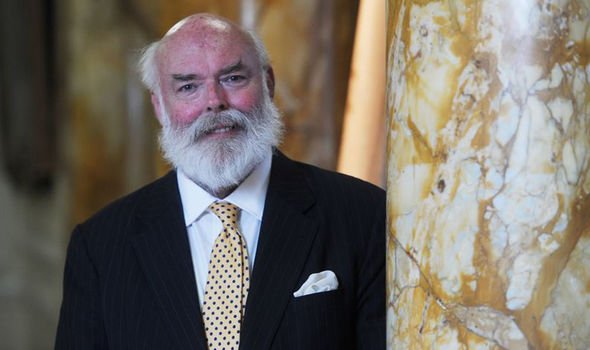 Lord Lisvane’s dossier is said to accuse Mr Bercow of having bullied and humiliated staff, including using inappropriate language.

Mr Bercow’s former private secretary Angus Sinclair previously told how he faced angry outbursts and was mimicked by Mr Bercow, who also smashed a phone on his desk.

Former Black Rod David Leakey, who was in charge of keeping order in the House of Lords, said at the time the ex-Speaker created a climate of "fear and intimidation".

"These are very concerning allegations and they need to be investigated thoroughly,” he added.

He added: "Indeed, it has been suggested to me that the Government actively seeks to block any other attempt to nominate me for membership of the upper House.

"I have seen in the media that Lord Lisvane is formally complaining that I bullied staff. For the record, I categorically deny that I have ever bullied anyone, anywhere

Inside Tyson Fury’s relaxed dressing room before Wilder win as he kisses Paris, dances and asks trainer to wipe his bum

When do the clocks go forward in 2020 and will my phone update automatically?

Coronavirus: WHO says more new cases outside China every day than inside - live updates

Fags, Birds and a Couple of Guns, Nancy Fouts retrospective at Hang Up Gallery

Faces of the floods: Shock, sandbags and a sleepless night in Snaith

When is Easter 2020? Good Friday and Easter Sunday and Monday dates this year

Up to 80 per cent of UK could catch coronavirus, Government told

ADVERTORIAL: How to help vital conservation work in Wales by downloading this clever app

Is it safe to travel to Austria? Latest advice as Innsbruck hotel quarantined due to coronavirus

Rain weather warning for Friday and Saturday extending across whole of Cumbria, up to 60mm of rain possible

Scottish independence: 'Boris Johnson must be given Easter deadline for indyref2'

Will Newcastle be dragged back into relegation trouble? Gary Neville offers his view

Lancashire weather warnings: Snow and rain alerts and when they're forecast

National Whisky Festival comes to the Round Chapel

Coronavirus self isolation: who needs to self isolate and how to do it after new government health advice

It took 80 women to put Weinstein in jail – it's time to stop protecting powerful, rich men