PEAKY Blinders will be returning to our screens as season five of the hit BBC show debuts on Netflix.

Here's what and who viewers can expect to see in the new instalment of the show.

When is Peaky Blinders season five on Netflix?

Fans of the hit show will not have to wait too long to watch season five of Peaky Blinders on Netflix.

Since debuting on our screens in 2013, Peaky Blinders has become a phenomenon across the UK and in other parts of the world.

Season five has already aired in the UK on BBC One, but now viewers across the globe will receive the fifth season of the show on Netflix.

Season five consists of six episodes in total, just like its previous instalments.

Who is in the cast?

The majority of the Shelby-clan will be returning for the new series, minus John Shelby (Joe Cole) who was gunned down in his family's feud with Italian crime-mob family the Changretta's.

Interestingly, the Weinstein Company, which was co-owned by disgraced producer Harvey Weinstein, doesn't appear in the credits for this season's series, even though the company was responsible for the US distribution of Peaky Blinders.

Here's who is back:

What will happen in season five?

Series four of Peaky Blinders ended with the Shelby's finally defeating the Changretta's and Tommy Shelby being elected as an MP, giving the family some political power in Birmingham.

Season five will show the difficulties Tommy has to deal with as an MP, with new enemies coming out of the woodwork conspiring against him, and the Shelbys having to deal with the ramifications of the 1929 financial crash.

Now that Tommy is playing at higher stakes, we get to see how his response to these problems affect not only his family, but the country too. 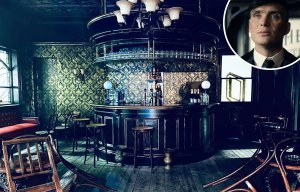 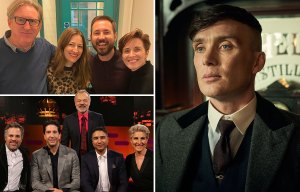 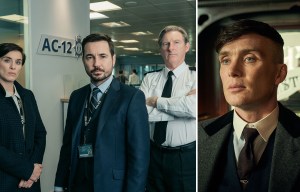 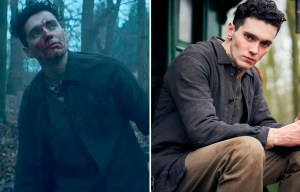 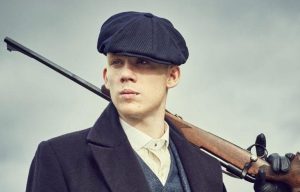 Will there be a season six?

Pre-production of season six had already begun, but has currently been halted due to Covid-19.

It had originally been slated for a 2021 release but that has been thrown into chaos amid the spread of coronavirus, forcing filming to be postponed, with no current news on when it will resume.

The show's creator, Steven Knight has said Peaky Blinders will have seven seasons in its entirety, so viewers will just have to be patient for now.

Ex-city defender Onuoha: I never felt safe in the US. If the police don't like it, you can lose your life
Barcelona wants to bring back 19-year-old Manchester City defender Garcia. The English are not going to let him go
Gianni Infantino: We must all say no to racism and violence. In any form
Barcelona for 4.5 million euros will buy 70% of the rights to 19-year-old forward Sao Paulo Maya
Martin Ødegaard: Sociedad wants to get into the Champions League is a dream. It's hard to fight Real Madrid and Barca, but we can fight the rest
Newcastle midfielder Longstaff is close to a move to Udinese. His salary will increase by more than 30 times
Milan defender Duarte was injured. This is the second injury at the club after resuming training
Source https://www.thesun.co.uk/tvandshowbiz/11349501/peaky-blinders-netflix-season-five/