When is autumn 2019, when does summer end and when is the autumnal equinox?

WE may be enjoying pleasant weather in the UK currently, but summer won't last forever.

Here is when the seasons officially change this year.

When will summer end and autumn start in 2019?

There are two different dates that mark the end of summer and the beginning of autumn.

These depend if you are referring to astronomical autumn or the meteorological autumn.

For meteorologists, summer comes to an end on August 31 and autumn begins on September 1, running until Thursday, November 30.

But astronomers say summer ends on September 22 in the northern hemisphere and autumn begins on Monday, September 23.

How is the date for autumn 2019 decided?

Both astronomers and meteorologists use different ways in deciding when the seasons change.

For meteorologists, they use the Gregorian calendar to split the year into four equal periods to help them with weather forecasting.

This means they define autumn as taking place in September, October and November - so for them, autumn begins on September 1 and runs until November 30.

But astronomers base their seasons on celestial events, and for autumn, the date is decided when the hours of daylight and darkness are roughly the same, known as the equinox.

This usually occurs around September 21-24 in the northern hemisphere, and astronomers believe the first day of autumn lies within this region.

There is also a third way of determining when autumn starts that is used by people who study phenology - plant and animal life cycles.

They look to changes in the natural world to determine seasons changing such as leaves changing colours and autumn fruits ripening.

But this relies more on weather, so the date for this can be open and change vastly each year.

Meteorological calendar of the seasons

When will the autumnal equinox take place in 2019?

This year the autumn equinox in the northern hemisphere will take place on September 23 - the same day as the beginning of astronomical autumn.

The autumn equinox marks the day when the northern hemisphere slightly tilts away from the sun, meaning days become shorter and the temperature begins to cool. 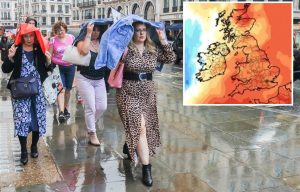 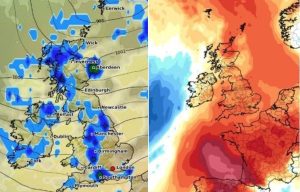 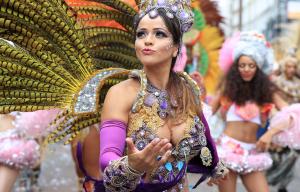 RAIN ON YOUR PARADE 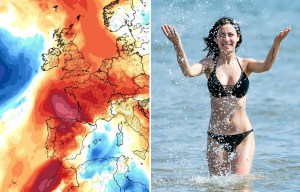 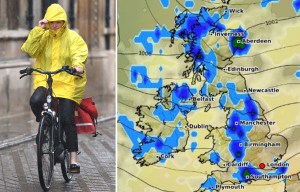 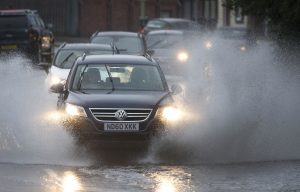 Heavy showers, thunder & wind on way in another miserable weekend for Brits

It is the day when daylight hours and night-times is of equal length.

This carries on until the winter solstice when the northern hemisphere begins to tip back towards the sun on its axis.

The end of autumn officially falls on December 21.

For a about threats: It's not enough to just say no to racism. We need action, education
Liverpool and other Premier League clubs are Interested in midfielder Schalke McKenney
Real Madrid is ready to terminate the contract with Bale, paying him a salary for two years (ABC)
Manchester City were preparing for a meeting at CAS before UEFA issued a decision to ban them from the Champions League
Zidane about Hazard: This is a difficult situation. I hope that on Thursday he will be ready for 100%
Nemanja MATIC: I Think Manchester United deserve a place in the Champions League. If we win three games, we will get there
Wycombe reached the championship for the first time in 133 years. Akinfenwa (Yes, that Jock from FIFA) is going crazy-he was personally congratulated by Klopp
Source https://www.thesun.co.uk/news/4144147/when-autumn-begin-summer-end/

Who wins Love Island Australia and what does the winner get?

How to save £8,000 by the end of the year by sticking to lockdown savings habits

I'm from Florida. Our coronavirus crisis doesn't surprise me

Inside Bake Off: The Professionals host Tom Allen’s elegant home with piano and fine art on the walls

Bastille Day 2020 – what does 14th July mark in France and how is it celebrated?

Why shops are infectious but pubs aren’t, by Matt Hancock

Does coronavirus spread in the air and how do we stay safe?

How to watch Brentford vs Preston North End on TV, what channel it's on and odds

How Khloe Kardashian ‘has spent’ £40k on her face, including £14k on nose jobs & £5k lip fillers, experts claim