What’s on Netflix tonight? From Dare Me to Community here’s what to stream

NOT sure what you should watch on Netflix tonight? Have no fear, we've got just what you need.

As the nation continues to try and find ways to stay entertained during the coronavirus lockdown, here's a list of some of the best choices to stream on the popular streaming service.

There's only so many online workouts and banana bread baking sessions that a person can do in one day and that's when streaming services like Netflix are coming in to save the day.

Continuing with their scheduled roll out plans means there is something new to watch on the site almost every day.

And seeing as the Government-imposed lockdown doesn't look like ending anytime soon, there's no better time to sit back and tune in.

Netflix does well to update its service daily and provides a wide range of films and shows for all ages.

Following the success of documentary Cheer in 2019, Netflix has delivered a show which showcases what could happen when things go wrong in the toxic world of high school cheerleading.

Based on the popular 2012 novel by Meg Abbott, the show follows the lives and scandals of competitive high school cheerleaders in "a small Midwestern town".

The arrival of a young, intriguing coach instantly shakes up the power dynamic and it soon becomes clear that just about everyone has something to hide.

Community is an American comedy television series that follows an ensemble cast of characters at a community college in the fictional town of Greendale, Colorado.

Season one to six are available now so you can binge to your heart's content!

Uncorked is a film about a young man who feels torn between his dream of becoming a master sommelier and his father’s expectations that he’ll take over the family barbecue business.

Insecure executive producer Prentice Penny penned and directed this dramedy film about the battle between a father and son in the world of food.

This is nothing like any other wine movies you've seen recently and it's already get rave reviews from viewers.

Netflix decided to film season two of the club's campaign last season after the success of the initial documentary.

The first series gained praise worldwide after they documented Sunderland's heartbreaking relegation from the Championship to League One.

And the latest documentary is just as gripping as they followed the Black Cats' failed promotion bid.

Sunderland were expected to achieve instant promotion following their shock fall from grace and were under new ownership in Stewart Donald.

They appointed boss Jack Ross from St Mirren as the man to seal their return to the Championship but Sunderland struggled to contend at the top and eventually finished fifth.

While we are still in the period of Lent, we not take a trip down memory lane with the popular satirical rom-com starring Josh Harnett.

He played a handsome web designer based in San Francisco who chose to abstain from any sexual activity during Lent, only to met the girl of his dreams (played by Shannyn Sossamon). 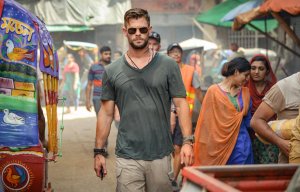 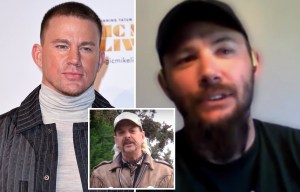 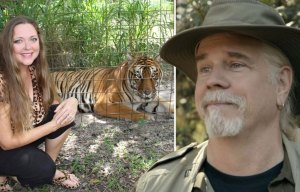 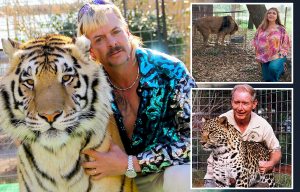 END OF THE LINE?

If none of the above are to your liking, not to worry there's a few other shows and films that have been causing a stir.

All four of the Lethal Weapon films have also been added to the service, while the Matrix trilogy is also ready and waiting to be enjoyed.

How to Fix a Drug Scandal has been helping viewers delve into another intriguing real-life tale, but Nailed It! Season 4 is also an option if you would prefer some light and wholesome content.

Here's a full list of all the new shows to hit Netflix this month.

Angel Di Maria: I'm Glad I didn't move to Barca in 2017. I am happy at PSG
The wife of a Serbian from galaxy called for shooting rioters
Modric on how Mourinho criticised Ronaldo: Cristiano almost cried at half-time
Giorgio Chiellini: I came close to leaving Juve twice: to Real Madrid in 2010 and to Manchester City in 2011
Herrera on Neymar and Mbappe: PSG don't sell stars, they buy them
Enrique on the 2015 Champions League final: Told the team: the Worst thing that can happen is to be a Juve player in a match against Barca
Gladbach shows how the concepts of Cruyff and Guardiola can be applied
Source https://www.thesun.co.uk/tvandshowbiz/11308609/netflix-tonight-dare-me-community-what-to-stream/