The Chancellor faces a difficult balancing act when he reveals his budget tomorrow.

On one hand, Rishi Sunak must deal with the black hole in public finances, with the Government borrowing exceeding £270billion for this financial year to keep the economy afloat during the pandemic.

Meanwhile families and businesses hit hard by coronavirus are still in desperate need of help, with MPs insisting that now is not the time to raise their taxes.

But with public finances on such an ‘unsustainable long-term trajectory’, chair of the Treasury select committee Mel Stride accepted that ‘we will probably need to see significant fiscal measures, including revenue raising, in the future’.

Sunak says his Budget will focus on four key themes – ‘support, vision, recovery, honesty’ when he addresses the nation.

Some his plans have already been reported, including an extension of both the furlough scheme and the stamp duty holiday, but the Chancellor will announce a host of extra measures to stabilise the economy.

When is the Spring Budget 2021? Time and how to watch

The Chancellor is expected to start his speech at around 12.30pm tomorrow, immediately after Prime Minister’s Questions.

You’ll be able to watch it on BBC News, Sky News, on BBC iPlayer, or through Sky News’ YouTube channel.

It’s hard to tell exactly how long Sunak will take, but usually the annual address lasts around an hour.

In a Budget first, the Chancellor will chair a press conference answering questions on his statement from the public and the media at 5pm on Wednesday evening.

What is Rishi Sunak expected to say?

The Tory manifesto in 2019 promised not to raise the rates of income tax, National Insurance or VAT.

But Sunak is reported to be considering a freeze in the thresholds at which people start paying income tax or move into higher brackets as a creative way around this bind.

This would mean more people would be dragged into those categories as wages increase, costing the average family £250 per year.

Corporation tax also appears in line for a hike, with Joe Biden’s plan to raise taxes across the Atlantic giving the Government political cover to increase the rate while still maintaining international competitiveness.

Sunak is thought to be considering an increase in the tax on profits from 19p in the pound to between 23p and 25p.

In a bid to get the hospitality industry back on its feet after lockdown, the Chancellor is thought to be looking at lowering alcohol duty for restaurants and pubs.

He could then also raise levies on supermarket booze, to encourage people to buy from local traders.

The Chancellor is also reportedly planning to extend the current stamp duty holiday until the end of June in a boost for the housing market.

Sunak is also expected to announce an increase in National Insurance contributions paid by the country’s 4.5 million self-employed.

The Chancellor is set to extend the furlough job support scheme – which covers 80% of wages up to £2,500 per month – to June 30, according to reports.

By the end of last year some 3.8 million people were on furlough, and that number hit a peak of 8.9 million last May.

When asked on Sophy Ridge on Sunday about a possible extension of the scheme, Sunak said: ‘I said at the beginning of this crisis that I would do whatever it took to protect people, families and businesses through this crisis.

‘I remain completely committed to that, the PM in the road map set out a path for us to recover and reopen and I want to support people and businesses along that path.’

Faced with pressure to help poorer people through the pandemic, Sunak is also expected to extend the £20-per-week uplift to Universal Credit for six months.

A new UK Taxpayer Protection Taskforce to crack down on Covid-19 fraudsters exploiting Government financial rescue schemes such as furlough, is also thought to be in the upcoming budget.

The Chancellor is also expected to announce a £5billion grant scheme to help pubs, restaurants, shops and other businesses in England hit hardest by the coronavirus. 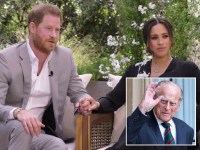 Non-essential retailers will be eligible for ‘restart grants’ of £6,000 per premises, rising to £18,000 for outlets in the hospitality, leisure and personal care sectors which will reopen later.

The devolved administrations in Scotland, Wales and Northern Ireland will receive an extra £794million in funding through the Barnett formula.

Sunak is also expected to unveil £1.65billion boost for the coronavirus vaccine rollout programme to ensure it meets its target of offering a first dose to every adult in the UK by July 31.

Also on the cards is funding of £22billion for a new UK Infrastructure Bank, with £12billion of capital and £10billion in guarantees, aiming to drive £40billion of investment in infrastructure projects as part of the Government’s ‘levelling up’ agenda following the pandemic.

Sunak is set to unveil the world’s first sovereign green savings bond for retail investors, which will invest £70 million in long-term, low-carbon energy storage, £20 million in offshore wind and £4 million for green-energy crops.

A mortgage guarantee scheme to encourage home ownership and help buyers with deposits of just 5% to get on to the property ladder is also expected, while the Government will underwrite a proportion of riskier loans on properties up to £600,000.

The Chancellor is also set to announce guaranteed financial support for thalidomide sufferers for the rest of their lives, with a £39million down payment to cover the next four years.

The budget is also expected to include £126million to create 40,000 new traineeships in England, while the cash incentive for employers who take on an apprentice will be raised to £3,000.

Sunak is also set to announce £10million to support military forces veterans across the UK with mental health needs to be distributed through the Armed Forces Covenant Fund Trust.

The state of the economy and public finances at the time of the Office for Budget Responsibility forecasts in November were so bad that history books will have to be rewritten.

The 11% drop in gross domestic product (GDP) – a measure of the size and health of the economy – was the worst since the 1709 Great Frost.

But the prospect of lockdown lifting and the success of the vaccine rollout could see a strong bounceback in the growth forecasts.

Boris Johnson said he thinks the recovery ‘could be much stronger than many of the pessimists have been saying over the last six months or so’.