Biden's inauguration will take place on January 20, and the student loan debt crisis is one of the things at the top of his to-do list during his first 100 days.

Biden is set to use executive authority to extend the current moratorium on student loan payments, interest, and collections.

This will be one of his first acts in office after he and Vice President-elect Kamala Harris are inaugurated.

The transition team also announced that it would expedite a request to Congress for $10,000 in loan cancellation for all federal borrowers.

This could wipe out debt completely for nearly 15 million borrowers who owe $10,000 or less, according to federal data.

What did Biden say about student loan forgiveness?

In March 2020, Congress passed the CARES Act, which provided substantial relief to student loan borrowers by pausing their payments, and suspending accrued interest.

Donald Trump's administration extended the moratorium twice after it was initially supposed to expire on September 30, 2020.

Details of how long the next extension will last currently remain unknown.

Biden introduced his stimulus package during a prime-time address on January 14.

He previously tweeted his support for a $2,000 stimulus checks, but has instead announced he'd send out $1,400 to make up for the difference following Trump's $600 checks.

Critics slammed Biden for the $1,400 checks, which are $600 less that the amount he initially called for.

Just days ago, Biden tweeted: "$600 is simply not enough when you have to choose between paying rent or putting food on the table.

$600 is simply not enough when you have to choose between paying rent or putting food on the table. 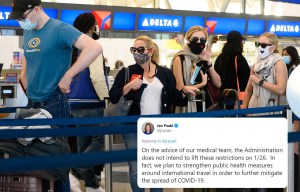 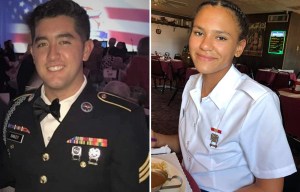 His push for more money comes weeks after Donald Trump first urged the coronavirus relief bill to have a round of $2,000 direct payments.

Fellow Democrat Chuck Schumer has said that stimulus checks will be a priority when the blue party takes control of the Senate.