What is Britain’s Got Talent: The Champions, when does it start on ITV and who’s in the line-up?

BRITAIN'S Got Talent: The Champions is Simon Cowell's spin on the long running ITV series and will see past contestants compete to be crowned the ultimate champion.

The show kicks off this month but what else is there to know about the show and who's going to be taking part? Here's the lowdown.

When will Britain’s Got Talent: The Champions be on TV?

ITV have confirmed the BGT spin-off will start on Saturday, August 31.

The series will run for six weeks - with this in mind the show is likely to end on October 5, 2019.

We know that the final was taped at Wembley Arena at the end of July.

Embarrassingly enough, the act who won the contest showed off their trophy outside the arena - we won’t spoil it for you, but if you do care to know who’s won the show, a simple Twitter search will bring up the answer in no time.

How does Britain’s Got Talent: The Champions work?

Britain's Got Talent: The Champions consists of former contestants from winners to Golden Buzzer acts and fan favourites.

This is the first time Britain has hosted a Champions edition of the show.

It is pre-recorded, filmed before the usual judges - David Walliams, Alesha Dixon, Amanda Holden and, of course, Simon Cowell - and a live studio audience.

So it's the judges and audience alone who decide the winner - no home voting!

America's Got Talent: The Champions has already aired in the US across seven episodes.

The competition resulted in magician Shin Lim, winner of the thirteenth season of AGT, triumphing.

Who’s in the Britain’s Got Talent: The Champions line-up?

You can expect all your old favourites from BGT past to battle it out to take the ultimate crown.

Here's who we know is taking part so far: 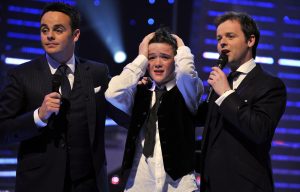 About George Sampson - plus find out if he is taking part in BGT: The Champions? 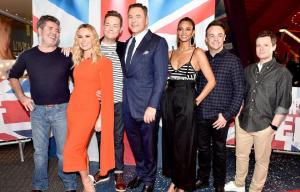 top of the crop

Britain's Got Talent: The Champions line-up - here's who's taking part 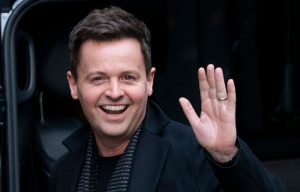 Here's what you need to know about Dec, one half of presenting duo Ant and Dec 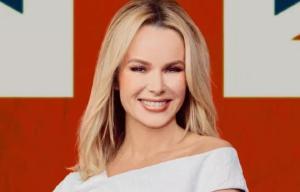 You probably know her from BGT, but what else has Amanda Holden done?

What is Susan Boyle doing now as she misses Britain's Got Talent: The Champions?

Susan Boyle was initially said to have been in talks to join but things fell through when the singer’s schedule clashed with the BGT filming dates.

Diversity were also approached for a position on the show but declined because they were also too busy to compete.

You can find out more about the line-up here.

The management of the Premier League excludes the possibility of canceling the relegation this season
In 2001, Beckham played the best match for the national team. He was inspired by a girl with a unique disease-an inverted heart
Inter will get 15 million euros if PSG sell Icardi to another Italian club
Langle does not want to leave for Inter from Barcelona
Lineker on Messi: I am a fan of Ronaldo, but the title of the best player in the world can not even be discussed
Gianfranco Zola: Hazard and Willian suffered from Sarri's training
Barcelona wants to convince Artur to agree to a trade to Juventus for Pjanic
Source https://www.thesun.co.uk/tvandshowbiz/9677031/britains-got-talent-the-champions-start-date-line-up-cast/

Vladimir Putin's ferocious threat to EU exposed: 'I can invade!'