CHEEKY chappy Bradley Walsh has been on the box for years as the presenter of popular ITV game show The Chase and he's also graced the Doctor Who universe.

His net worth has increased over the years.

Who is Bradley Walsh?

He's spoken about his working-class background and his life growing up in a single parent family.

He comes in at a modest 5ft 8.5in tall and often takes part in Soccer Aid, the all-star charity football match.

A man of many talents, as a teenager Bradley enjoyed a career as a professional football player.

He played for Brentford in their reserve team, with stints on loan at Dunstable Town, Barnet, Tring Town, Boreham Wood and Chalfont St Peter.

But his footballing success only lasted for a few years before ankle injuries forced him out of the sport, then into showbiz.

What is Bradley Walsh's net worth?

Bradley's estimated net worth is £6.45million.

His earnings surpass Ant and Dec and Dermot O'Leary as he is thought to be one of the UK's highest paid hosts.

In 2018 it was shared that he had earned £9.2million in the previous two years.

In 2000 he was living in a £98,000 terraced East London house, while now he lives in Essex in a five-bedroom mansion with a pool.

He has a company with his wife, Donna Derby called Wingit Productions which is worth around £7million.


What TV shows has he appeared in?

Bradley bagged a stint presenting the National Lottery on BBC One in 1994 as his first TV job.

This then kicked off his run of presenting game shows - with Bradley taking over as the host of the popular Wheel of Fortune in 1997.

As well as hosting a variety of TV shows from Keep It In The Family to Tonight at the Palladium, Bradley is just as familiar for his acting.

Besides his two-year stint on Coronation Street from 2004 to 2006, his acting credits include Doctor Who spin-off The Sarah Jane Adventures and ITV's crime drama Law & Order: UK.

He's also enjoyed appearances on Night and Day, The Spa and SunTrap.

Alongside his son, Barney, he starred in Bradley Walsh & Son: Breaking Dad on ITV.

Who is his wife Donna Derby?

Donna Derby is a choreographer and former dancer that appeared in music videos and TV shows in the late 1980s.

They married in 1997, making their marriage so far a whopping 23 years.

The pair met in 1992 and are often seen together at red carpet events looking cosy.

Donna is the mother of his youngest child, Barney.

How many children does he have?

He's been on TV with his son named Barney, 23, for a series that saw them travel around the US. 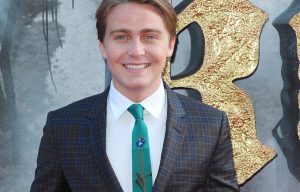 Who is Bradley Walsh's son Barney? 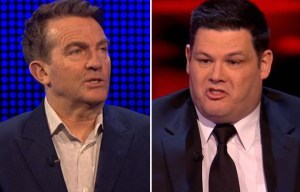 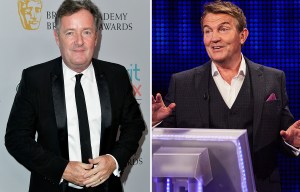 Bradley Walsh 'rakes in £8.5million in just one year from TV and property firm' 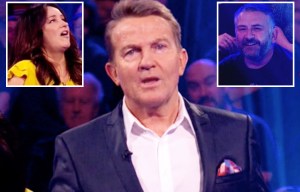 Barney also works in showbiz as an actor and presenter.

The Chase host also has a daughter, Hayley, 38 from a previous relationship before he married Donna.

The family are very close knit despite the children only being half-blood related and their age gap.

Setien on the situation with Messi: I haven't heard anything from him. Everything else is speculation
Sane did not pose in the number 10 shirt out of respect for Coutinho
Alvaro Morata: Atletico are close to the level of top clubs. We beat the best team in Europe to the Champions League
Sneijder can resume his career in Utrecht
Ole Gunnar sulscher: Greenwood is much better than I was when I was 18-19
Talalaev lit up the Wings in Khimki: the players called the coach Klopp, and themselves-Liverpool from the FNL
Rummenigge on buying out Perisic from Inter: Bayern haven't decided yet
Source https://www.thesun.co.uk/tvandshowbiz/2540893/bradley-walsh-net-worth/