LIKE Boris Johnson, I thought I could work through coronavirus.

The Covid denial phase, as I’ve branded it, lasts a good 48 hours.

It's hayfever making me cough. Google says it’s just understandable stress or anxiety. There’s no way I could have picked it up, anyway – my hands are red raw from my 40-scrubs-a-day habit.

For this period, it was possible to keep going, convincing myself this bloody virus wasn’t going to get me. No way!

I worked as normal, albeit under solo house arrest in total isolation so I didn’t put anyone else at risk.

To prove a point, during my denial lunch break I received a personal best on my new exercise bike. No, I would not succumb!

I hosted my three-hour talkRADIO Drivetime show from home without mentioning a word about the so-called pesky symptoms I couldn’t quite shake.

But less than 24 hours later, sprawled lifelessly on the sofa, I came to reluctantly accept that my aura of invincibility was just that.

The menacing spirit of Covid-19 gets you eventually.

I felt it bring an unmistakable dark force to my body that made putting one foot in front of the other almost impossible; that made my shoulders feel permanently slumped; that made me feel desperately sad inside; that made me experience fatigue I’ve never known.

And then in a cruel twist, just when I needed the fulfilment of comfort food like never before, the scumbag virus stole my sense of taste and smell completely.

Over a week later, it’s only just coming back.

Then there’s the impact on your breathing. I could feel a dull deep gasp for air when I woke myself up at night.

Coronavirus pandemic expected to wipe out 6.7% of working hours globally in the second quarter of 2020, equivalent to the labour of 195 million full-time workers

So I stopped. Completely. For seven days. Which, for me, felt like a lifetime.

And it was only once I put the brake on my life and accepted I most likely had this thing that I felt an overwhelming sense of gratitude. I knew I was going to be one of the lucky ones.

A difficult illness, for sure, but not that much worse than any other winter flu, being totally honest.

I shudder to think how horrendous the feeling must have been for Boris when he finally moved out of the denial phase and realised the total opposite: I’ve got this thing bad and the b*****d is not going away.

But he’s the Prime Minister. An entire country was relying on him at our time of greatest need. He couldn’t stop. Or at least that’s how he reasoned pushing himself to a point his body simply didn’t handle.

Just like countless others who feel duty bound to go about their daily lives, like parents, carers and other key workers.

If I hadn’t gone into total shutdown for a week, I do wonder if the symptoms would have taken hold even more.

My gut feeling is it wouldn’t have made much difference. That's the worst thing about Covid-19: Its total random nature. It controls you, not the other way around. Never forget that.

As soon as you feel the dark force coming, my advice is to forget the denial phase and hibernate immediately and give yourself the best chance to beat it.

I wish that Boris had done the same, but I totally understand why he didn’t.

Put Blair and May to work

BILL Clinton destroyed George Bush’s political legacy at the US election in 1992.

An upstart ladies’ man with a thin political record as the governor of Arkansas defeating a wartime president with sky high approval ratings following the first Gulf War.

That’s why it was such a masterstroke when George W Bush decided to team up his father with his former opponent to form a sort of supercharged healing unit.

As the US government grappled to cope with the impact of Hurricane Katrina in 2005, these two figures united to help pull the country together in a non-partisan manner.
It worked so well that they reunited following the devastating Haiti Earthquake to raise money five years later.

Their union sent a message that petty political rows from the past didn’t matter at a time of national crisis.

With the Prime Minister out of action, it’s worth considering if our very own team of rivals could improve morale during this current predicament.

I'm not talking about a national unity government, nor asking ex-PMs to make the thorny political or economic decisions that need to be taken by current cabinet ministers at the top of their game about how to get us safely out of this lockdown hell.

But rather to help motivate us to support positive causes, raise money for legitimate charities and pull together for the common good. 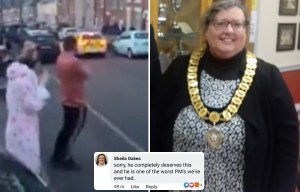 WE’RE WITH YOU, BORIS 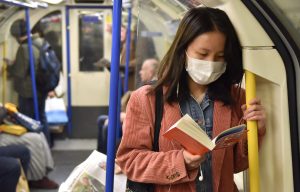 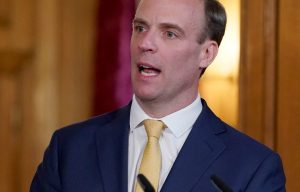 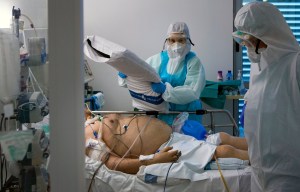 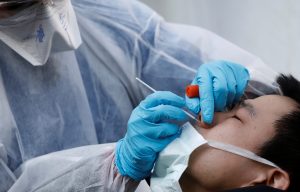 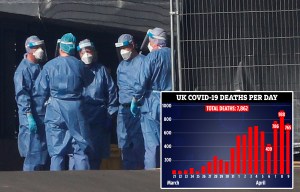 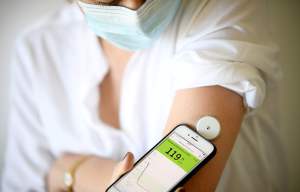 Are people with diabetes more at risk from coronavirus?

How about uniting public service-focussed Theresa May (how reassuring was it to see her pop up with her usual bureaucratic mumbo jumbo this week?) and desperate-to-be-involved Tony Blair (rehabilitation is possible for all, you know) for a campaign to help raise funds for the NHS and carers?

Or putting John Major and Gordon Brown together to emphasise the importance of following the government regulations at this moment in time?

It would be a sign that Brexit divisions no longer matter and that civility still exists in politics at a time of genuine emergency.

Just my cup of Joe

THE only highlight of my corona-induced fatigue and isolation was finally devouring need-to-see-to-believe documentary series The Tiger King.

And having watched the Netflix sensation about the effed up world of big cat breeding wars in the US I have three pressing questions:

1: Did Joe Exotic really not know that both his husbands were as straight as he is gay?

2: Is it wrong that I quite enjoyed imprisoned tiger killer Joe’s country and western pop songs?

3: Did the documentary makers want me to think that Carole Baskin almost certainly knows more about her husband’s disappearance than she is letting on?

MUCH pride this week that my little podcast The Dan Wootton Interview won Lifestyle Podcast of the Year at the Society of Editors’ prestigious Press Awards.

Because there was no ceremony, this is my opportunity to thank the amazing team at The Sun – Howell Davies, Daniel Sperling, Joe Kasper and Ellie Henman – who spent hours of their own time making the podcast a success.

I am also so grateful for the guests who were prepared to open up so personally in a long-form unedited, unapproved interview, something that is increasingly rare in an industry these days where many A-listers choose highly controlled PR opportunities with no difficult questions and copy approval.

Special credit then must go to Madonna, Celine Dion, Dolly Parton, Louis Tomlinson and The Supremes' Mary Wilson because their revealing and emotional interviews were specifically part of the nomination.

Because you probably have some extra time on your hands at the moment, it would make me very happy if you subscribed to The Dan Wootton Interview podcast where you can listen back to all those and so many more for free.

There is a real chance that 50-60 clubs will go bankrupt. The owner of Huddersfield about the consequences of the pandemic
Valverde about the game with Manchester City: we Want to play so that we can go further. Real is ready to do anything for this
Great selection from Roma: KAFU opens up in the box and waits for a pass, but instead Totti and Batistuta score masterpieces
Sabitzer has been exposed to coronavirus in April
In the 90s, the Russian club played in the Finnish championship: the players carried cigarettes, the President went on the field. It ended because of the default
Flick about Holand: it is the first season, so it is too early to compare it with Levandovsky
Felix sprained a knee ligament in training. This is his 3rd injury of the season at Atletico
Source https://www.thesun.co.uk/news/11363234/fighting-covid-19-boris/