What happened to Nora Quoirin in Malaysia? The unanswered questions over the missing schoolgirl’s death

A rescue mission team of 300 worked around the clock to locate the vulnerable teenager. Here's the latest.

Nora Quoirin - a timeline of events

Local police said a body had been found of a white skinned female by a jungle waterfall.

Nora's family later confirmed that the body was hers - and cops said there was no foul play involved.

When did Nora Quoirin go missing?

Nora was staying at The Dusun Resort near the Berembun Forest Reserve in Malaysia when she went missing on Sunday, August 4.

The teen, who has special needs, arrived in Malaysia for a two-week "trip of a lifetime"  in a nature reserve near Seremban, 39 miles south of the capital Kuala Lumpur on Saturday, August 3.

Nora’s family - who live in London - say they discovered she was missing on Sunday morning.

Cops said that a window in the living room downstairs was left open.

Nora and her siblings were asleep in rooms upstairs.

The hotel is set within a 12-acre orchard resort close to the Berembun Forest.

What did the post-mortem results show?

The post-mortem ruled the teen had died from internal bleeding in her intestine after a stomach ulcer burst, following a period of prolonged hunger and stress.

Both the Irish and French police who observed the postmortem were satisfied with the work of the local pathology team led by Siew Sheue Feng from the Kuala Lumpur Hospital.

Negeri Sembilan Police Chief, Mohamad Mat Yusop, said authorities had found no evidence of foul play and that the post-mortem also found she had not been sexually abused.

The officer told the Malay Mail that the area where Nora was eventually found had been searched and she may have been moving around as rescue teams tried to locate her.

“We will continue to investigate and find out what really happened,” he said.

Prior to the post-mortem findings, French prosecutors had joined the probe - as Nora's father is French - to investigate whether the teen was kidnapped before her death.

They ruled the teen had died from internal bleeding in her intestine after a stomach ulcer burst, following a period of prolonged hunger and stress.

Why did Nora leave the resort?

Detectives believe Nora left through the accommodation's ground-floor aluminium framed window, before her dad alerted cops of her disappearance the next day at 8am.

The family's lawyer Charles Morel said the teen’s disability made it very unlikely that she left the lodge at night and walked to the bottom of a ravine by herself.

"Vulnerable" Nora - who was born with the brain defect holoprosencephaly - is believed to have been dead for up to three days before being found in a spot search crews had already examined.

The condition left her struggling to complete everyday tasks and with limited speech, walking ability and co-ordination.

Morel said: "One of the effects of her condition is that she was very dependent on her parents.

"She was shy, she was quickly scared, she had travelled for 18 hours and she was exhausted.

"So there is no reason why she would leave the lodge in the night, almost naked.

Why was her body not spotted earlier?

The teen's unclothed body was found on Tuesday about 1.6 miles away from the resort where she had stayed.

Witnesses said she was in "plain sight" and looked like she was sleeping with her head resting on her hands.

The post-mortem examination revealed she died between two and four days earlier.

The ravine where she was found was also repeatedly searched by rescue teams during the first seven days of her disappearance.

Police were unable to explain why she was missed.

What have cops said?

After the discovery of Nora's body, cops said she succumbed to "intestinal bleeding" after wandering through the Malaysian jungle as emergency crews desperately searched for her.

Negeri Sembilan Police Chief, Mohamad Mat Yusop, said authorities had found no evidence of foul play despite fears the teen had been abducted and her body dumped.

He said: "For the time being there is no element of abduction or kidnapping."

He also confirmed that Nora had not been dead for more than three days and that there was no sexual contact.

He added: "There were some abrasions and bruises on her leg but they were not likely to have led to her death."

He said: "The main reason for her death was intestinal damage.

"The intestine was punctured, which could be due to starvation for a long period of time and could also be due to prolonged stress."

What have Nora's family said?

Meabh and Sebastian Quoirin sobbed while they thanked search teams on August 10.

In a video broadcast on local media, she said: "We want to say thank you to each and every one of you. We know you're searching night and day for Nora."

In an emotional video statement, Nora's aunt said: "We are completely overwhelmed by the support we have received from all over the world."

She added: "This is extremely traumatic for the whole family.

"[Nora's parents] Meabh and Sebastien are devastated and too upset to speak themselves at this time."

After the teen's body was found, the family paid an emotional tribute to the teenager who "truly touched the world".

A family spokesman said: "The cruelty of her being taken away is unbearable. Our hearts are broken."

But they are also wanting clarity on unanswered questions.

Her grandad Sylvain Quoirin, 67, has claimed that “someone tampered with her body” believing she was dumped at the waterfall by sinister forces in an attempt to “get rid of her” and called for a fresh criminal investigation. 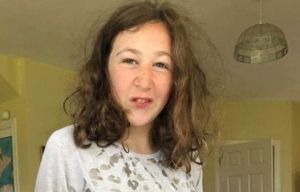 What is holoprosencephaly and what are symptoms of the brain defect? 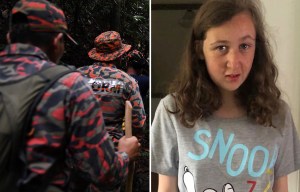 'Inexperienced' cops may have missed vital clues in 10-day search for Nora, 15 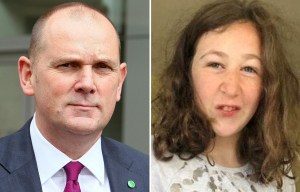 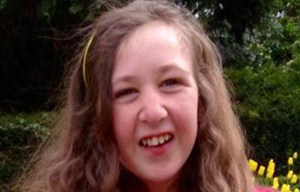 COULD SHE HAVE BEEN SAVED? 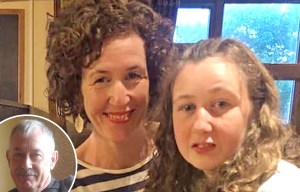 Charles Morel, the family’s lawyer, said: The family is just concerned to find out the truth. There are many unanswered questions and we cannot exclude criminal involvement.

“Nora was found where people have already searched. If she was alive for that long, then it is possible that she met somebody.

“We cannot exclude anything at this stage. In view of the importance of Malaysia’s image for tourism, the authorities may tend to favour the theory of a disappearance over the criminal hypothesis.”

Muller had 18 assists in 29 rounds. This is The Bundesliga record since the statistics appeared
Lewandowski scored his 28th Bundesliga goal. He has 42 goals in 37 games of the season
Manchester United, PSG, Juventus and Inter Milan Interested in the defender of the national team of Italy U19 Calafiore
Bayern's opponents scored 69 goals. This is a Bundesliga record
Mbappe on the murder of George Floyd by a police officer: Justice for George🗣 ️ ✊ 🏽
Lev about the Bundesliga: the Players perform with such enthusiasm, as if there are 80,000 spectators in the stadium
Milan is Interested in Edegor (Sport Mediaset)
Source https://www.thesun.co.uk/news/9663321/nora-quoirin-teenager-missing-malaysia-latest/

Chemsex meaning – what are chemsex drugs and what are the risks of taking them?