RUPERT Everett has had a rocky relationship with various celebrities - one of whom is the Queen of Pop herself.

Everett enjoyed a close friendship with Madonna in the nineties, but things soon turned sour after Everett used some nasty language towards the pop sensation.

What did Rupert Everett say about Madonna?

At the height of his Hollywood career, Everett starred alongside Madonna in 2000 movie The Next Best Thing.

The pair appeared to be the best of friends up to that point, but their friendship suffered a slow and public demise.

In 2020, Rupert spoke to Stellar magazine in Australian newspaper The Sunday Telegraph about his relationship with the star.

He told the magazine: "We don't see each other anymore. I do miss it.

"She's an amazing person and that part of my life was incredibly exciting. To be doing a film with her and to be a friend of hers and to have been such a fan of hers."

The feud blew up in 2006 when Rupert published intimate gossip involving Madonna and Sean Penn in his memoir Red Carpets and Other Banana Skins.

He said: "She really didn't like it (the book). I think it is very affectionate, and certainly with her I was very careful to only write things that were. But she felt it was an infringement of privacy,

"Goddesses like that are obsessed with their public image and want to control everything about it, so if anyone is to tell anyone anything about her it's got to be her."

He added: "Elephants don't forget... She doesn't trust me any more."

Why did he call her a 'whiny old bar maid'?

Rupert also used some foul language against the pop icon in his memoir.

During Rupert's appearance on Pier's Morgan's Life Stories, Piers told Rupert: "You called her an old whiny barmaid. A curious little thing. Satan and a She-man. And you appear surprised that it put a little fraguar over your relationship."

An indignant Rupert responded: "The whiny old barmaid was meant to be a compliment because the thing about Madonna when she was very young was she can't talk like that half the time, you know, and she really got guys like that."

"And she was really charming. That wasn't meant to be rude actually." 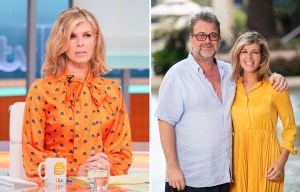 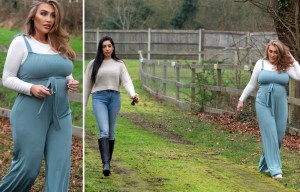 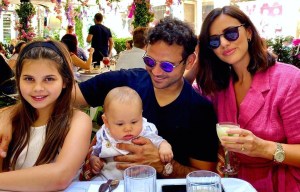 Are they friends again now?

It is unclear if the pair have made total amends.

He told Lorraine in 2020 when she asked if they were still feuding: "Well, no, we are friends."

He added: "I’m a great admirer of hers as a person, I think she as well is an amazing woman."