PIERS Morgan is known for speaking his mind but a recent comment about Carol Vorderman landed him in some hot water with viewers.

The Good Morning Britain host felt the need to request an outfit from the TV personality while she spoke about her plans to offer math lessons online.

What did Piers Morgan say about Carol Vorderman's outfit?

Carol Vorderman had appeared on GMB to reveal that she was going to launch a "maths school for grown ups" on YouTube when Piers suggestively asked: "Now you're talking, are you going to wear a mathematical uniform for this?

"One of the ones adults might enjoy, you know Carol?"

Keeping her composure, Carol quipped later in the chat: "I'll tell you what I am not going to do, Piers, which is probably what you would like me to do, it's teach you how to write 'boobs' on a calculator."

Piers continued to be cheeky, replying that he will still "definitely" be tuning in to Carol's classes.

A week after Carol scolded Piers for asking her to dress up in a maths teacher uniform, Ofcom confirmed that they are investigating complaints made against the presenter.

On 23 March, 11 complaints were made against Good Morning Britain with "most complaints objecting to Piers' "approach interviewing Matt Hancock". 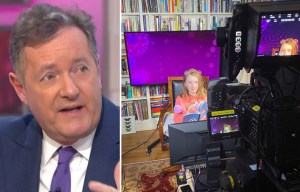 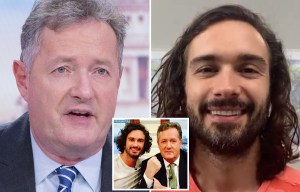 AT HIS WICKS END 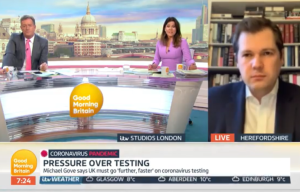 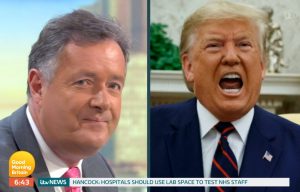 glow with the flow

Two viewers "objected to Piers asking Carol Vorderman if she was going to be wearing a ‘mathematician outfit for all the guys who will be watching'" on 24 March, while 12 other complaints were targeted against Piers' general behaviour towards guests including Michael Gove and his co-presenter.

The "majority of 19 complaints" on 25 March "objected to argumentative behaviour of Piers interviewing people" and 8 complaints were made on 30 March regarding "Piers’ use of 'b****end' in relaying a comment by Vinnie Jones about him".

Arsenal on the death of George Floyd: We are against racism
Marc-Andre Ter Stegen: there Is no chance that I will leave Barca this summer
Gattuso's sister died at the age of 37. Milan expressed its condolences
Dele alli's life is a family drama. At the age of 13, he left for another family and has been ignoring his biological parents for many years
David Luiz's agent: the Chances of him being at Arsenal next season are very high
160 people in La Liga and Segunda were found to have antibodies to the coronavirus
Mauricio Pochettino: My Southampton changed English football. Everyone began to trust the young players
Source https://www.thesun.co.uk/tvandshowbiz/11309397/piers-morgan-comment-carol-vorderman-outfit/

Extend the eviction ban: The government must act to prevent a new wave of homelessness

'This is a nation of values': Biden hits out at Trump threat to crush protests and mocks him for 'brandishing' Bible

Aldi explains why some Specialbuy ranges are not available in store

Lockdown could be reintroduced in winter if coronavirus makes a resurgence