A GERMAN paedo is the new prime suspect in the 13-year-long search for missing Madeleine McCann, say cops.

As they continue to investigate the huge breakthrough, here is what Madeleine could look like now and how old she would be.

Could Madeleine McCann still be alive?

Since disappearing on the evening of May 3 2007, no one has been able to find Madeleine McCann or conclusively prove she is either dead or alive.

But, in a possible boost for the case, German police on June 3, 2020, have revealed a child sex offender is the new prime suspect.

The 43-year-old pervert, who has not been named, is a white man with short blond hair, possibly fair, and about 6ft tall with a slim build at the time she vanished.

Christian Hoppe, from Germany's Federal Criminal Police Office (BKA), said the paedo is serving a prison sentence for a sex crime and has two previous convictions for "sexual contact with girls".

German newspaper Braunschweiger Zeitung reported the suspect was carrying out a seven-year prison sentence for the rape of a 72-year-old American woman in Portugal in 2005.

He was convicted of the offence in Braunschweig district court in December last year.

Hoppe said German police have not ruled out a sexual motive for the alleged crime against Madeleine, which is being treated as murder by the BKA.

However the Met Police are still investigating the case as a missing person inquiry because there is “no definitive information” on whether she is dead or alive.

Hoppe added that the suspect may have broken into an apartment in the Ocean Club complex in Praia da Luz - where Madeleine was on holiday with her parents, Kate and Gerry McCann, and her twin siblings Sean and Amelie - before spontaneously kidnapping her.

A docu-series about her disappearance claimed Madeleine was still alive.

Jim Gamble, the top child protection cop in the UK’s first Maddie investigation, said:  “I absolutely believe that in my lifetime we will find out what has happened to Madeleine McCann.

The documentary also claimed Madeleine was likely to have been kept alive by child traffickers because, as a middle-class British girl, she would be more financially valuable.

How old would Madeleine McCann be now?

Madeleine would now be 17 years old.

She was born May 12, 2003, and went missing a little more than a week before her fourth birthday.

Authorities are also hopeful that social media could help find Maddie, using her distinctive eyes to examine photographs on Facebook.

Prior to the 13th anniversary of her disappearance, the McCanns said in an update on their FindMadeleine website: "It is now 13 years since we were last with Madeleine.

"Her 17th birthday is to follow in the next couple of weeks... the latter tangibly, painfully, bringing it home to us what we have missed and continue to miss as a family.

"The investigation to find Madeleine remains open and continues, even though, in a way different to the ideal.

"We remain grateful for the ongoing efforts and commitment from all those involved in the search to find her and we hope and pray, as always, that our efforts will be fruitful.

"Thank you to everyone still offering their support and good wishes for Madeleine and ourselves.

"Such solidarity continues to strengthen us."

Her mum, Kate, 52, has previously said: “I do all the present buying. I think about what age she is and buy something that, whenever we find her, will still be appropriate so there’s a lot of thought goes into it.”

She referred to the birthday of her eldest child as a "difficult time because that’s when you really feel her absence.”

What age was Madeleine McCann when she disappeared?

Madeleine was three, nearly four, when she went missing from her family's holiday flat in Portugal on May 3, 2007.

Her parents, Gerry and Kate McCann, had left her sleeping with her siblings while they had dinner at the hotel's restaurant - only realising about 10pm that she was gone.

The couple have since devoted their lives to finding the little girl - now left with the little girl's "Cuddle Cat" as one of the last reminders of Maddie.

More than £12million has been poured into the investigation for her since 2007.

Searches have taken place in a few different countries as cops hope to find new evidence - including a search in Bulgaria.

In January 2018 the body of Kevin Halligen was found at his Surrey home - he had taken on the high-profile case in March 2008, before his contract was terminated.

In November 2018, cops in Portugal said they were re-examining a theory that Madeleine left the apartment to find her parents.

Police released an image of what Madeleine McCann would look like at the age of nine.

With her distinctive right eye, the image shows the young girl's face aged about six years from previous photographs.

Kate still spends precious moments each day in Madeleine’s bedroom, where her dolls and teddies are on display, along with a growing number of presents.

The mum said she could never ignore Madeleine’s birthday and the family “still celebrates her being part of our lives”.

She also told how she jumps from seeing her eldest child as she was when she was kidnapped to envisaging her as she would be now.

Maddie had been due to attend De Lisle College in neighbouring Loughborough and the school is still holding a place for her. 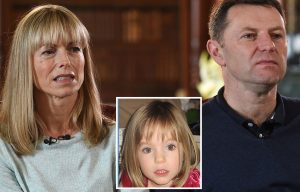 Who are Madeleine McCann's parents Kate and Gerry? 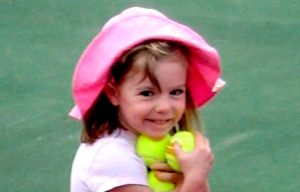 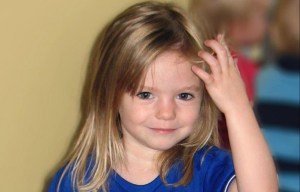 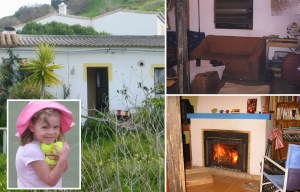 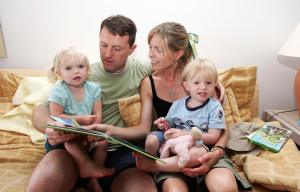 Where are Maddie's twin siblings now and were they awake when she was taken? 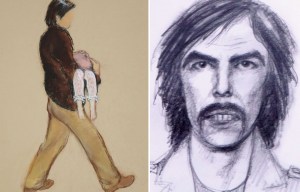 What have Maddie's parents said about trolls?

Maddie's family have begged people not to feed trolls online, instead urging people to let the vile commenters “starve for attention”.

Supporters of the McCann family slammed trolls who “feed on havoc and causing chaos” – saying anyone involved would be banned from the official Find Madeleine Campaign page.

In a note, the page stated: “Please don’t post your opinion on leaving children alone.

“Doing so will result in you being banned. No questions asked.”

The page clarified that banning was not done “on a whim”, but that the page was designed to support the family, and nothing else.

The post, written by the unnamed webmaster, added: “This is not a place for you to post your negative opinions about the McCann family.

“We are not a debate page nor a place to analyse the investigation.

“This is a support and information page for Madeleine’s family and the Official Find Madeleine Campaign (findmadeleine.com).”

The official page is not run by the McCanns, but has received their support.

Daniele de Rossi: Ronaldo is comparable to Messi in goals and trophies, but Leo's game is more fun
Pep about 5:0 with Newcastle: Manchester City tries to score more goals out of respect for the tournament and the opponent
Who will enter the Champions League directly?
🚲Pique came to camp Nou on a Bicycle for the Espanyol Derby
David Silva has given at least 10 assists in every season at Manchester City. He has 121 assists for the club
Bellerin will pay for the mass planting of trees, despite the fact that Arsenal did not win against Leicester
Bayern claims 19-year-old left back Bara from Lyon
Source https://www.thesun.co.uk/news/3467792/madeleine-mccann-age-look-like-now/

Dad ‘killed daughter, 10, with his own belt because she raised voice at him’

Guardiola has David Silva request after another Man City masterclass

Sex is too painful for my husband since he was circumcised

What happened to Jill Duggar and Derick Dillard on Counting On and why aren’t they on it anymore?

Greenock Morton set for community ownership from next year

Mother ‘murdered daughter, 9, then told police her son, 2, did it’