WENDY Williams fans have slammed the TV host for her obvious product placement, suggesting that the show has "reached its end."

A recent episode showed Wendy promoting a moisturizer by Gold Bond by telling her audience she had "forgotten" to moisturize, and the clip was later published to her Instagram account.

But fans were not impressed with the product placement, with one suggesting that it didn't "make sense" and others revealing that audiences often receive the moisturizer in their goodie bags.

"All that moisturizing on TV don't make sense...the show has reached its end," shared one annoyed fan, while another added: "Come on Wendy.

"You didn’t forget to moisturize your arms, just do what you getting paid to do is advertise something most of us already know about, its ok just saying (sic)."

One fan who had been in the live audience in February shared: "The audience received 3 Gold Bond lotions as a gift back in February when I was there.

"Only one was useable. I threw away the other two. They made my skin feel sticky."

Wendy returned to her studio on Monday for a new series of her talk show.

She revealed on the show's season 12 premiere: "I've lost 25 lbs. And I didn't do it on purpose. It's just that food became disgusting to me.

"You know I was cooking at first, and it was all good. I'm shoveling stuff in my mouth.

"I'm going out to eat, everything from hot dogs to lobster, king crab legs all that stuff. But then it became like I'm done with food."

"And she told me the weight I was like. I haven't weighed this little since high school. So I feel really good."

She opened the series by appearing genuinely choked up, dabbing the tears from her eyes and fanning her face. 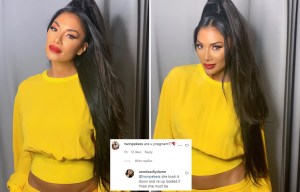 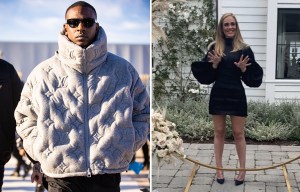 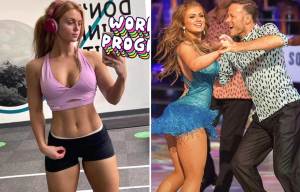 Wendy said as she kicked off Hot Topics: "I'm so happy to be back. It's been a long seven months for us here at Wendy, and I'm sure for you too.

Wendy had been filming remotely with At-Home episodes for the first few months of the pandemic but had been on hiatus since then.

Rashford with 4 goals led the race of scorers of the season Champions League
Holand scored the most goals (12) in the first 10 matches in the Champions League
Pirlo about 0:2 with Barca: this match will help Juventus grow
Griezmann did not make any effective actions in 6 matches under Koeman
Ole Gunnar Solskjaer: Leipzig made Manchester United work hard. Rashford had a big impact on the game
Roberto victory over Juventus: the Best response to the unrest in Barcelona - it's a game
Ronald Koeman: Barcelona played their best match of the season against Juventus. We had a lot of chances
Source https://www.thesun.co.uk/tvandshowbiz/12773635/wendy-williams-fans-show-reached-its-end-product-placement/