A FIRST time mum who put on seven stone was shocked into slimming back into her size eight jeans - after seeing photos of herself at her son's christening.

Emma Forrester, 23, from Stafford, went from a size eight to a size 18 during her surprise pregnancy when she was just 20-years-old.

NHS worker Emma, who gave birth to baby Finn in September 2017, had only been with her now fiancé, Dominic Garner, 25, for three months when she fell pregnant.

Whilst Emma was pregnant, she would snack and binge on food during the day and managed to put on seven stone - which she struggled to shift for a year after Finn was born.

But when Emma was too ashamed to share photos of Finn's Christening with her family because of the way she looked, she was spurred into action.

Emma, who weighed 15 stone 9oz at her heaviest, is now back in size eight clothing and weighs just nine stone and is hoping to train to become a PT to help other first time mum's out there to shift their baby weight.

Now, Emma is back in size eight clothing and is hoping to train to become a PT to help other first time mum's out there to shift their baby weight.

She said: "I used being pregnant as an excuse to eat and I constantly felt hungry - I would snack so much.

"With having a newborn, I was stuck in a rut and found myself sitting on the sofa all day snacking and bingeing on food.

"When I saw the pictures of me at my son's christening, I couldn't look at the photos or share them because I hated the way I looked and since then, I told myself that I wouldn't get back to that weight.

"I plucked up the courage to join a gym and when I first went, it was extremely daunting - I felt like people were looking at me so I would wear big hoodies to cover myself up.

"I didn't feel that big at the time but now I look back and think, woah I've come a long way.

"My mental health has improved so much and I feel so much healthier but I do have anxiety about being pregnant again in the future - I don't want to put it all back on".

Emma, who had been working as a community house support worker, gave birth to her surprise baby Finn in September 2017 and had to completely change her lifestyle.

"Being a first-time mum, I was only 20 and my whole lifestyle changed.

"I was at home more - I used to be out all the time with my friends and going places.

"It did have a bad effect on me, I went through a bad stage with my mental health because I was doing the same thing every day and just waiting for my partner to come home".

Despite Emma putting on seven stone during her pregnancy, it was Finn's christening that was the final straw for her to begin her weight loss journey.

"I started doing couch to 5K which really helped because I hadn't exercised for such a long time and it really eased me in.

"I haven't done any crash diets, I eat what I want but I just make sure I'm in a calories deficit which I track by using apps and fitness bands.

"My fiance really pushed me and encouraged us to start doing family exercises such as going for a bike ride or going for a long walk".

Now, Emma is a healthy size eight and much happier with the way she looks and is hoping to help other first time mums who may be going through a similar thing.

"Don’t be hard on yourself, it takes time. I have so many people ask how I did it but it’s taken me time.

"You have to be patient; a lot of people expect to lose so much weight so quickly.

"I still have down days now where I’m bloated and I feel sluggish. For women, our hormones changed throughout the month.

"Stick at it and don’t give up, if you have a bad day that’s fine just treat the next day as a fresh start". 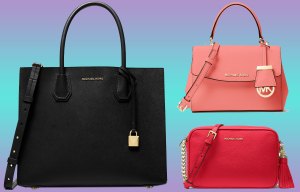 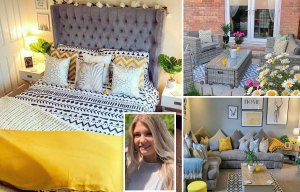 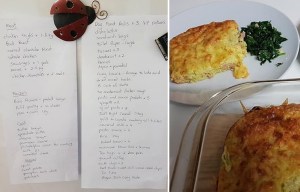 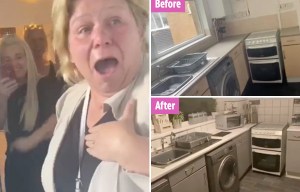 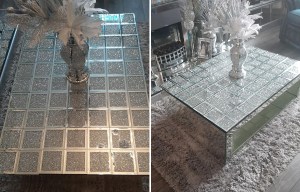 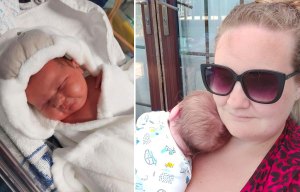 We shared a diet expert’s five golden rules to boost weight loss in 2020.

And a mum sheds nine stone after lying about being pregnant because she was obese.

Pozornik! Barca fans met the team at the hotel after 2:8 from Bayern
Bayer's CEO confirmed that Havertz wants to leave the club
Destruction of Barcelona - in gifs from Tiktok Davis. This is better than highlights!
Messi can leave Barca if there are no changes at the club (COPE)
Suarez has perfect accuracy of passes with Bayern – all because he started 9 times from the center of the field
Klopp was named the best coach of the Premier League in the 2019/20 season
Suarez made 9 of 24 passes, leading from the center of the field in the match against Bayern
Source https://www.thesun.co.uk/fabulous/12094185/mum-seven-stone-exercising-eat-want/

Inside Chloe Ferry’s amazing home gym with weight rack, treadmill and very own squat rack that needs to be built

Tyson Fury’s dad John, 56, in top shape after being inspired to stay fit following death of two of his brothers

Coronavirus wedding rules: What are the current restrictions on guest capacity and receptions?

Teacher transforms caravan for her Cornwall holiday for less than £200

Man City have no excuses against Lyon after Champions League warnings

From 'alert' to 'zoom': Steven Poole's lexicon of lockdown

The movement to defund police has won historic victories across the US. What's next?

Has Mike Ashley torn up his Newcastle transfer rule book?

Do I have to quarantine if I drive through France?

Aldi is selling soft play foam mats at £6.99 for 16 – and parents think they’re an ‘absolute bargain’

VJ Day 2020 meaning – what is Victory over Japan Day and how is it being marked?

Ten great jobs that you don't need a degree to do

VJ Day 2020: What time is the Red Arrows flypast and what is the flight path?

Donald Trump orders TikTok to sell US operations in 90 days

Fans stunned by 'really wrong' answers on The Chase

Four things you must do to protect Android phones from hackers

The four steps to protecting your Android phone from hackers

Huge nest "as big as a space hopper" contained 5,000 wasps

Megachurch in California flouts coronavirus rules with 7,000-strong congregation as it sues state of 100 capacity order