WITH an on-board tattoo parlour, drag brunch and an app to order champagne with the shake of your phone, Richard Branson’s new cruise line Virgin Voyages is finally under way.

His first ship, Scarlet Lady, is aimed at millennial holidaymakers, with a boutique hotel design and itineraries to the Caribbean.

Sir Richard said: “I’ve always dreamed of having a cruise line. I’ll be on board in July for my 70th birthday and I’ll get a tattoo!”

LISA MINOT – a veteran cruiser – and JACOB LEWIS – a millennial cruise virgin – spent a night on board as Scarlet Lady visited Dover before sailing to her new home port of Miami.

Jacob: I’m used to staying in tiny hotel rooms. On city breaks it’s a massive moneysaver, as I spend most of my time outside exploring.

So compared to a city centre hotel, the rooms on board Scarlet Lady feel positively roomy.

The rainshower is a dream, and techy touches like mood lighting as the sun sets and video streaming on the TV was a nice surprise.

In a nod to green credentials, there are plastic free smellies and the electronics switch off when you’ve left the room even if you forget.

Lisa: What’s really unique about Virgin Voyages’ cabins are not the Rock Star Suites – as impressive as they are – but even the humblest inside cabin gets a new take on the one piece of furniture that takes up the most room – the bed.

The signature Seabed transforms from a double to an L-shaped sofa, for more room to relax by day.

The hammock on the balcony cabins is a nice touch – 86 per cent of cabins have outside space.

It is light, airy but a bit lacking in places to put all your holiday stuff. Pack light!

Jacob: The restaurants feature a smorgasbord of hip styles and tastes, with every food fad and insta-friendly interior design trend ticked off.

Like the best bits of a cosmopolitan city break all squeezed on to one ship, very on-trend culinary culture makes an appearance, from Korean BBQ at Gunbae to upscale Mexican at Pink Agave.

As an out and proud flexitarian, Razzle-Dazzle spoke to my soul.

A vegetarian restaurant that lets you sneak meat into your meal or spike your smoothie with booze. Feel smug with none of the sacrifice - perfect.

Lisa: Despite promising ‘no boring buffet’ The Galley is obviously a very cleverly disguised one - albeit with a raft of new features from trendy food trucks to colourful pop-ups.

What does differentiate it from its rivals is the sheer number of restaurants - a whopping 20 - and the fact they are ALL included in the price.

While other cruise lines have introduced more variety this often comes with an extra charge.

Highlight for me was the Test Kitchen - cookery school by day and restaurant by night with a kooky, laboratory theme and some out there dishes.

Jacob: Spin classes are all the rage, with people dropping £2,000 and on Peleton workout bikes for the privilege of joining one from their home.

Voyages are in on the action, with a spin class room overlooking the ocean.

There’s also outdoor yoga on the top deck, where guests can get zen in the Caribbean sunrise.

We can’t talk wellness without mentioning the free wifi, as we all know, your average millennial will get social media-scurvy after a week without likes.

Lisa: While other cruise lines continue to outdo themselves with ever-more outrageous design features - floating decks, rollercoasters and glass-walkways, Virgin keeps it’s focus very much on the modern-day obsession with wellness.

From outdoor yoga at The Perch, a gargantuan gym to a spa that puts most 6* cruise lines to shame, they’ve definitely pulled off the places to pamper and preen.

Where other ships have to leave space for pesky kids, the Scarlet Lady indulges its adults-only crowd perfectly.

Jacob: My parents generation may have been happy to bellow out their favourite hits at strangers in a pub but nowadays you’re expected to lock yourself in a soundproof box if you want to indulge in a spot of karaoke.

At The Groupie bookable private sessions can be booked for guests to sing their heart out.

Millenials don’t want to watch a show, we want to be in it.

Experiential theatre, such as Secret Cinema, where you live out your favourite movie moments, is now huge.

Virgin Voyages have draughted in the creators behind the creepy immersive New York City production Sleep No More help create their wild nights out.

Lisa: YES there’s a standard casino onboard and plenty of great venues for live music.

But Virgin’s unique selling point is the lack of traditional entertainment in other areas.

There’s private karaoke booths and even an IV bar next to the ship’s hospital in the bowels of the ship for that ‘speakeasy’ feel.

Entertainment is definitely lightyears away from the traditional ‘all-singing, all-dancing’ theatre productions of other lines that frankly don’t float my boat.

The focus on here is the entertainment coming to you when you want it, from glam drag brunches and a riff on Romeo and Juliet to late night immersive parties.

This is not your midnight mistake in Magaluf kind of joint.

Artists from Soho Ink will kit you out with a classic sailor tat to be proud of.

Then follow that up with a piercing from Dennis, a self proclaimed psychic medium with a fisherman’s woolly hat and an anchor tattoo on his face.

Lisa: Only Virgin could come up with a record shop at sea and Voyage Vinyl will indulge music fans with the chance to pop on headphones and discover the range of classic and current albums as well as limited editions.

You’ll still be able to pick up those holiday treats though – again with a nod to the younger crowd, there’s MAC make up, hip clothes and a beauty shop for mani and pedi treatments on the go as well as the traditional jewellery and watch emporiums.

Jacob: For the generation that invented all day brunch, days are best spent grazing on the outdoor terrace at The Dockezze Lounge,  a Mediterranean mezze joint.

Watch the yoga buffs ohm and ahh from a sunbed at The Perch, unwind at the back of the ship at The Athletic Club, with its pressed juice bar, or cool off at Aquatic Club and the main pool, for your obligatory inflatable flamingo selfie.

Lisa: This ship will be sailing the Caribbean and the deck space is very different from the hundreds of uniform loungers you see lined up in ranks on decks.

At the Atlantic Club you can chill out en masse on a vast semi-circular lounger decked out in jazzy red and white, far more beach club than sunbed wars. 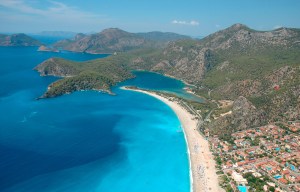 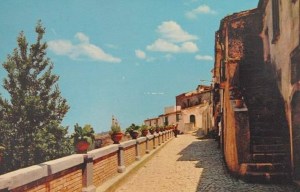 Beautiful Italian town will pay your rent if you move there 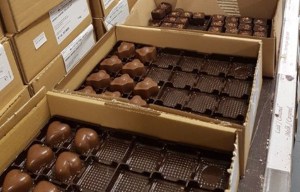 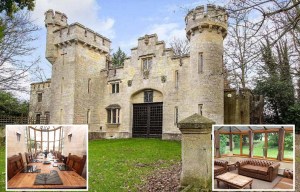 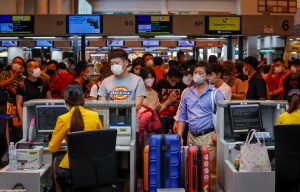 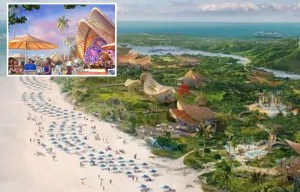 But my favourite spot has to be the catamaran-style net hammock that has been supersized - a massive 220sq ft of sunbathing space with a vertigo-inducing view of the decks and sea below.

SCARLET Lady - Virgin Voyages’ first mega-yacht style cruise liner will call at Liverpool next week as she makes her way across the Atlantic, calling first at New York and then finally docking at her own dedicated terminal in Miami, where she will cruise for the rest of 2020.

The ship will be sailing a selection of three, four and five night cruises from Miami to Key West, Mexico and most importantly, Virgin Voyages’ very own private island resort, The Beach Club At Bimini in the Bahamas.

Cruise passengers will get to spend days - and nights - relaxing on this dedicated hipster hot spot complete with celebrity DJs including Mark Ronson and Diplo spinning the decks beachside on select cruises.

There are plenty of spots to take the classic Instagram shots those Millennials are desperate for, including in-water beach hammocks and swings - I can see the social-addicts queuing for their chance to get one for the ‘gram.

Lead in prices for Scarlet Lady’s inaugural season start from £720pp for a four-night cruise from Miami calling at Key West and Bimini, departing August 26.

The cruise is full board and includes all tips, dining, wifi and workout classes. Flights with Virgin Atlantic to Miami from £636. See virginvoyages.com.

Scrambler and stolen motorbike chased through Liverpool by police

Police descend on quiet street after 'concerns for man's safety'

Lockdown: Fun indoor activities - including an Easter egg hunt - for kids this weekend

Coronavirus is not some great leveller: it is exacerbating inequality right now | Owen Jones