'We have a Plan B!' UK fires back after EU bans Brexit Britain from £80bn project

Horizon Europe is the EU's signature funding initiative that pools in more than £80billion (€95billion) for research and innovation. And Mariya Gabriel, the European Union's Commissioner for Innovation and Research, blocked Britain from joining the project until it resolves the deepening row over the Northern Ireland Protocol. But now, Britain has a “bold plan B”, according to George Freeman MP, UK Minister for Science, Technology and Innovation.

“But if the EU decide Northern Ireland Protocol politics stops UK joining Horizon Europe, we have a bold Plan B!”

British Science writer Ehsan Masood posted: “This looks pretty big. Horizon Europe has started. How long will @beisgovuk and UK science agencies wait before they can start talks to join?

“Or go with Plan B - create a bespoke international collaboration fund?”

The UK does have a smaller existing fund for international collaboration on science and innovation.

It boosts the UK’s ability to build new, and strengthen existing, partnerships with global research and innovation leaders - and has already supported more than 30 international collaborative programmes of research, innovation and infrastructure. 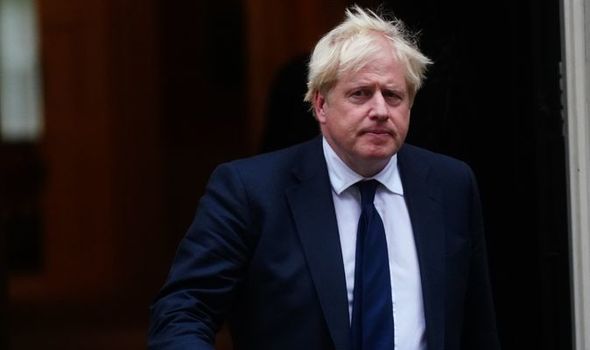 Brexit Britain has a master plan to hit back at the EU (Image: PA) 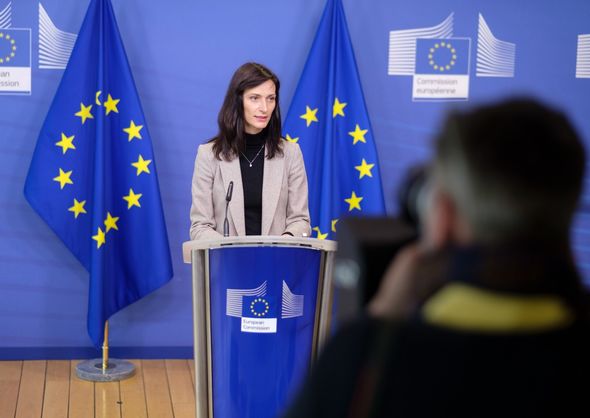 But Mr Freeman's post has hinted this may be Brexit Britain's master plan.

Ms Gabriel said: “I think that it is important on our side to confirm our opinion to advance on association, but only after the framework is agreed by both sides.”

Northern Ireland’s post-Brexit status has been one of the most contentious issues between Britain and the EU since its exit.

After Britain withdrew from the bloc, agreements were made to protect Northern Ireland's position in the EU's single market without implementing a hard customs border. 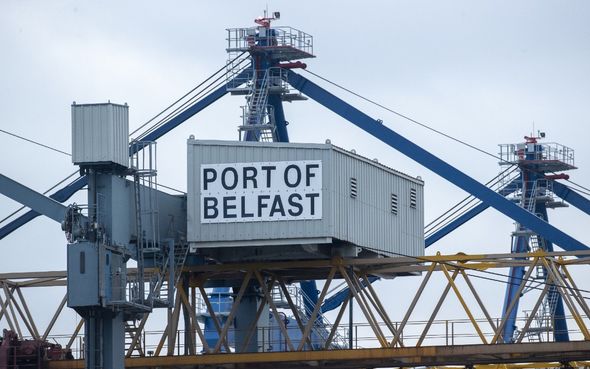 But the deal, struck by Lord David Frost, has been hard to execute and the Government fears the trading relationship between Britain and Northern Ireland has been damaged.

Government officials have now threatened to trigger Article 16 of the Northern Ireland Protocol and temporarily suspend parts of the deal.

In a speech on Tuesday, UK Brexit minister David Frost slammed the EU for raising the tension. 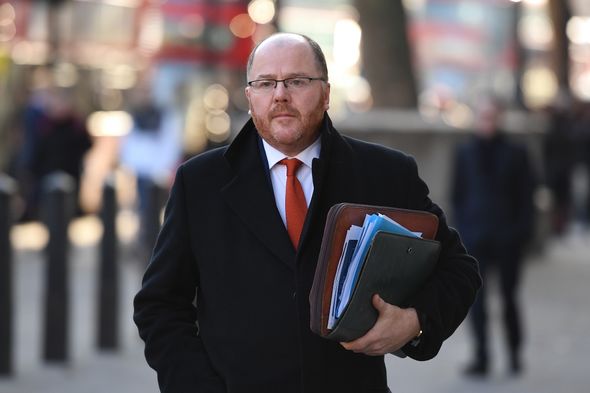 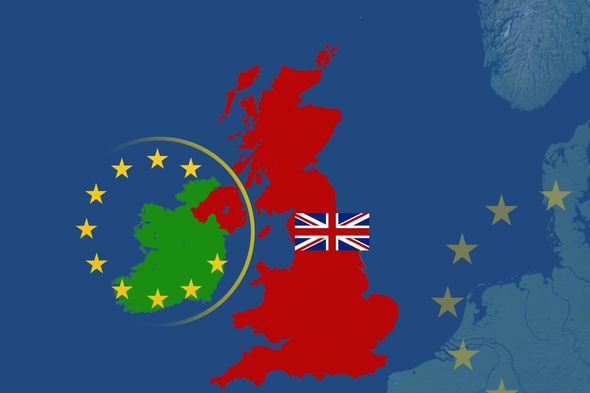 Northern Ireland’s post-Brexit status has been one of the most contentious issues between UK and EU (Image: Getty )
He said:  “Viewed from our perspective, we look at the EU and see an organisation that doesn’t seem to want to get back to constructive working together.

He said the blocking of the UK's entry to Horizon [Europe] was an example of this.

A Government Spokesperson said: “The UK stands ready to formalise our association to Horizon Europe at the earliest opportunity, but disappointingly there have been persistent delays from the EU.

“We have always been clear that our priority is to support the UK’s research and development sector and we will continue to do this in all future scenarios”.

Get paid £1,000 to rate the best Christmas movie of all time with dream job

Voices: Therese Coffey has got her tongue in a twist over snogging guidelines

Military to help communities still without power after Storm Arwen

Virgin Media TV outage – can I get compensation or a refund?

Inspiration for a festive feast with a difference

Schoolboy, 16, admits trying to murder disabled girl who he carried into park and knifed over 50 times

Woman caught partner cheating after he forget their phones were paired

Deliveroo cracking hunger for families in need with charity crackers

Who is Symone Sanders?

Do local councils have to fix potholes? How to claim and your rights explained

MLB owners lock out players in first work stoppage since 1995

What's on in 2022 at Warner Bros Studio Tour: The Making of Harry Potter

Cop26 has failed to make people plan a greener Christmas

The moment 19-year-old drives on pavement to escape police... before being found with drugs and guns

‘A nation’s fabric unravelling’: stars on Sly Stone’s There’s a Riot Goin’ On at 50

Can the tourism industry survive the climate crisis?

Coronavirus infection rates, cases and deaths for all parts of Wales on Thursday, December 2