She looked more like a teenager than a 34-year-old mum of four. But how realistic is it for normal mums to look that good?

Samantha Brick meets four women – each with at least four kids – who prove you don’t need nannies and big bucks to look great after giving birth.

‘Mums should take care of themselves . . . if you are down, the family is’

MODEL Bobbi Hang, is single and lives in Harlow, Essex. She has four daughters aged 11, nine, eight and four.

Bobbi says: "Nine months after my fourth pregnancy, in 2015, I was at my lowest ebb. My husband had just walked out and my confidence was in tatters. I had to change my life, starting with my body.

I’m 5ft tall and before I had kids, had always been petite. But I never exercised. A friend filmed me so I could see the parts up close that I wanted to change.

Looking at my wobbly tummy was all the motivation I needed. I started limiting the carbs I was eating.

I had gestational diabetes while pregnant, which caused me to gain weight, and I knew the sugar spike with carbs wasn’t good for me.

I also started going to the local gym for boxercise, yoga and jujitsu classes while the kids were at school.

It took me four months to lose the weight and get back to 7st 8lb, down from almost 10st. Dresses started to fit again and it made me feel good about myself.

I started modelling two years ago and launched a YouTube channel aimed at mums, giving tips on how to lead a healthy lifestyle.

As soon as I have dropped the kids off at school, I work out every weekday.

If my journey has taught me one thing, it’s that mums need to come first. If you are down, the whole family is down.

Mums need to prioritise and take care of themselves. If you look and feel good, you are putting the best version of yourself out to the world.

If my journey has taught me one thing, it’s that mums need to come first.

When I go to the gym and see other gorgeous mums, I don’t feel insecure – I feel inspired. It’s nice to look in the mirror and like how I look.

I’m happy with my reflection even when I’m in underwear. I can wear sexy clothes and feel confident and flirtatious.

Within 12 weeks of giving birth, weighing 12st, I got down to the gym to lose my pregnancy pounds. I wanted my body back and to feel fit and healthy again.

I got the bug for it and reached the best shape of my life. Before I became a mum I never worked out. I was slim but I wasn’t strong and toned. I didn’t exercise.

I didn’t even walk to the shops because I had life-long sciatica. So when I started, I went as often as I could, before or after work, and while the baby was in childcare and the kids were at school.

Now, I’m a size ten and weigh 10st 5lb. I’m 5ft 7in and my body is much stronger than before. I have more energy too.

I go to the gym at least three times a week and do lots of weights and squats.

I eat well and that means the kids do too. It’s little changes that have worked for me. I don’t eat late and I cut out sugar and bread.

Celebrity mums like Coleen Rooney and Abbey Clancy look incredible. It’s not about having the money for home gyms and personal trainers. It’s about motivation and putting in the effort, day in, day out.

It’s a commitment to look like this, whether you have millions in the bank or are just getting by. People are always surprised to learn I’m a mum of four.

It’s not about having the money for home gyms and personal trainers. It’s about motivation and putting in the effort, day in, day out.

The typical comment is: “You don’t look old enough!”

The truth is I feel healthier and sexier than ever. When I look in the mirror, I’m very happy with what I see."


‘It isn’t hard to make an effort, I do it for myself to feel good’

DENNIE Smith runs the website Old Style Dating and a hair salon. She is married to Graham, 56, and lives in Caterham, Surrey.

Her children are aged 31, 29, 28 and 22. Dennie says: "Though I always loved being pregnant, I didn’t like not being my normal weight. I just didn’t feel like myself.

So after giving birth each time, I was always determined to regain my old body. I didn’t weigh myself, as I didn’t want to see figures and put pressure on myself.

I watched what I ate. That meant chocolate was out. I breastfed all four kids and kept going until I could fit into my old jeans, after about three months.

I’ve always been petite, and now I’m still a size ten – around 8st 10lb at 5ft 1in. I don’t work out because I can’t bear gyms but I walk everywhere and the housework burns plenty of calories.

Now that I’m going through the menopause, I need to watch what I eat. Luckily I’ve never been a very big eater. I follow a diet that works for me.

I tend to have porridge for breakfast, a bit of chocolate and green tea mid-morning, a baguette at lunch then a jacket potato in the evening.

I’ve always tried to dress well and always do my hair and make-up before leaving the house.

While lots of mums would wear leggings on the school run, I don’t feel comfortable like that. It isn’t hard to make an effort, but I do it for myself to feel good.

I’ve always got up at 6am. I never lie in. It’s the only way to be organised and get things done.

It isn’t hard to make an effort, but I do it for myself to feel good.

I really applaud mums like the model Heidi Klum. She takes care of herself to have more energy for her kids. That’s my motivation too. I also want to be around for as long as possible.

For mums who feel inadequate when they see celebs, I’d say nothing is unachievable."


‘There’s no secret. I eat well and keep active – the kids learn from you’

PERSONAL trainer Kerry Hart-Arthurs is married to Josh, 30, and has six children aged between 25 and four. They live in Colchester, Essex.

Kerry says: "When I was younger, I was “skinny fat”, with no muscle, but in 2012 I started training and eating better. After my sixth baby, in 2015, I became a fitness instructor.

Before that, I worked as a carer but, what with having young children as well, it was tough. I wanted a job I could do while the children were at school and nursery.

I now juggle my work around the kids. I can choose when I want to work, and what is most convenient.

I’m still a size eight to ten but my body is strong and defined. I look after it with a good diet, weight-training and HIIT (high-intensity interval training).

We are active as a family and my husband loves to train with me. He’s very reassuring and positive about my body and I always feel confident walking around naked in front of him.

I’m more confident today than I was ten years ago. Some people are so surprised that I’m a mum of six.

I get asked, “What do you do to achieve it?” but the truth is, there’s no secret – I eat well and keep active.

As a mum, I live by the mantra: “Monkey see, monkey do.” Your children learn from you and it’s important to teach them how to look after their own bodies.

The truth is, there’s no secret – I eat well and keep active. As a mum, I live by the mantra: “Monkey see, monkey do.”

My baby boys, aged seven and four, love that I can race and play with them. They tell friends, “Mummy helps people get fit and strong,” which I love. 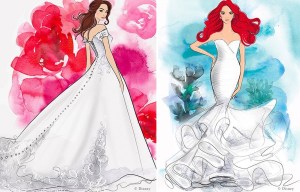 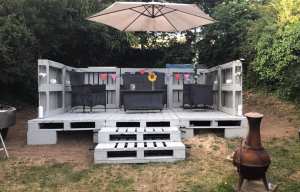 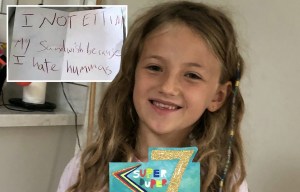 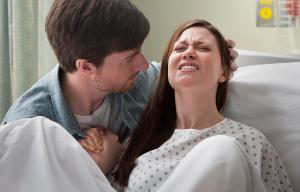 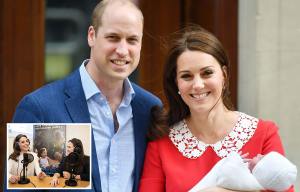 I spend Sundays meal- prepping for the week. It makes life easier and everyone eats well. Family favourites include lasagne, shepherd’s pie, curries and stews, and I make them all from scratch.

I find celebs such as Abbey Clancy inspiring. I salute anyone with children who works and still finds time to look after themselves.

It’s so important for our wellbeing – and being a better mum."