TEKASHI 6ix9ine's lawyer says the rapper is set to be freed from prison today.

The rainbow-haired star's health conditions make him particularly vulnerable to coronavirus his team have argued, suggesting he serve the remaining four months of his sentence at home.

It comes after Lance Lazzaro, 6ix9ines lawyer "begged" a judge for home-release, citing the star's - real name Daniel Hernandez - health issues, including asthma and a previous diagnosis of bronchitis that make him particularly vulnerable to coronavirus.

New York is the epicenter of the virus in the United States with 1,941 of the nation's 5,110 deaths coming in the state.

Although it's not clear where exactly 6ix9ine is incarcerated, fears mounted as the virus has spread through New York's prison system like wildfire.

It's reported some jails are seeing infection rates at 80 times the average.

Notorious Rikers Island alone has over 200 cases of the killer virus, with US officials describing the prison-spread as a "public health disaster".

Lazzaro claimed Hernandez, 23, had reported being short of breath but was not being allowed to see a doctor inside the secure unit where he is serving his term.

The claim was originally denied by the judge who sentenced the rapper, as he didn't have legal jurisdiction and passed the matter on to the Bureau of Prisons.

But since Tekashi is serving his sentence in a private prison, the BoP had to pass over the case.

Yesterday it was revealed the government "does not oppose the defendant’s motion for compassionate release".

Lazzaro said: "I believe the judge will, at some point, approve my motion for compassionate release."

He added: "He could do it today, or later, we’re just waiting on the judge’s decision."

6ix9ine is four-months shy of the end of his two-year prison sentence following a complicated criminal history with the Nine Trey Gangsta Blood gang of New York.

He also pleaded guilty to "the use of a child in a sexual performance" after posting a video in 2015. 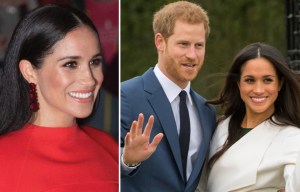 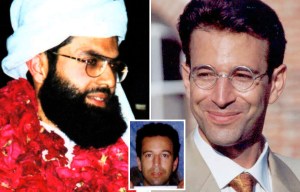 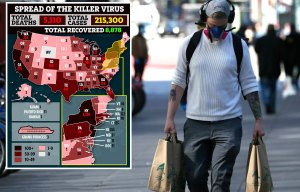 US virus death toll jumps by 1,000 in a day with almost one victim every minute 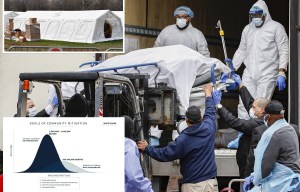 PREPARE FOR THE WORST

The hip hop star was hospitalized after he was pistol-whipped, kidnapped and robbed of over $700,000 earlier in 2018 - the same year he was arrested on firearms and racketeering charges.

After originally facing up to 47 years, the Bebe lyricist’s sentence was drastically reduced when he struck a deal with prosecutors to help convict gang members Anthony "Harv" Ellison and Aljermiah Mack - with the judge describing the move as "unprecedented".

But now he allegedly fears for his life and wants "Fort Knox"-like security to protect him once he's out of jail - although whether this will be possible during the pandemic is not yet clear.

Jan Pro 1-0 with Hertha: they didn't have any special moments. Important victory
Ole Gunnar Solskjaer: I hope Manchester United can play the same way as before the break
Coach Bayer BOS Pro 2:4 with Bayern: We made a lot of mistakes, played against a top team
Rivaldo about Lautaro in Barca: it would Seem that the player for 100 million will go out at the start. But the first option – Suarez
Gerard Houllier: Liverpool will not just win the Premier League, they will do it effectively. Trophies are in his DNA
A schoolboy from Bayer scored Bayern's youngest Bundesliga goal. The guy is 17 years and 42 days old
Manchester United have no plans to change their summer transfer plans. The club is Interested in Sancho, Grealish and Havertz
Source https://www.thesun.co.uk/news/11309387/vulnerable-tekashi-6ix9ine-set-freed-jail-today/