Dominic Cummings, the PM’s chief adviser, was photographed carrying a book called Chinese Spies this morning as he arrived at Downing Street. It’s by the journalist Roger Faligot, and it says China has the largest intelligence service in the world, although the Times’s review (paywall) says Faligot’s account left him wondering “if there is such a thing as an overdevious secret service. In their constant quest to discover the imagined layers of meaning underpinning the actions of their enemies, the Chinese spooks may just be tying themselves in knots, consumed by paranoia.”

Perhaps Cummings is looking for tips. At the weekend the Sunday Times (paywall) claimed that he has recruited his own network of “spies” working in Westminster restaurants who will tip him off if they see special advisers having unauthorised meetings with journalists. 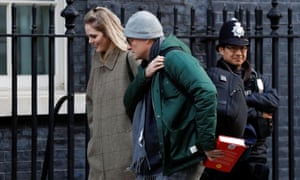 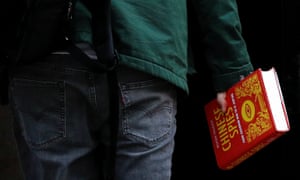