The Guatemalan Santa Maria volcano has erupted regularly over November, according to INVISUMEH, the country’s institute for volcanology. The organisation reported eruptions at the mountain’s summit as much as three times per hour over one week.

According to INVISUMEH, explosions surfaced at Santa Maria one to three times per day from November 20 to 26.

The eruptions sent “avalanches” of material descending towards the east, west and southwest flanks of the mountain.

Explosions also coughed out a billowing plume of smoke into the sky, reaching 1,698-2,952 metres above Santa Maria’s 12,000-foot height and drifting towards the west and southwest.

Some of this ash fell locally, around El Faro, Santa Maria, and Viejo Palma. 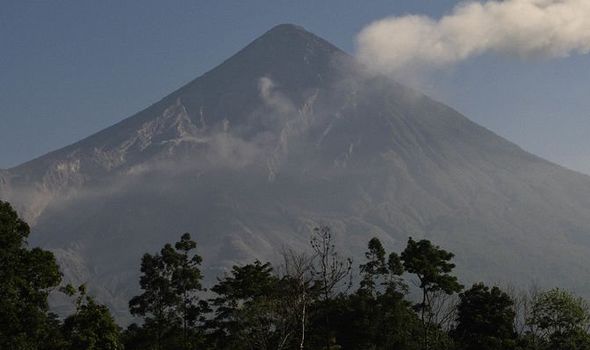 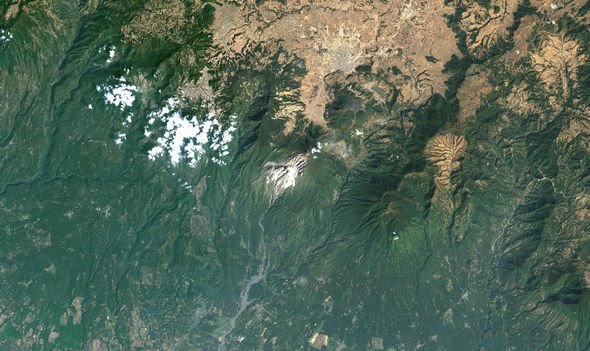 The Santa Maria volcano from above (Image: GETTY)

At the Pacaya volcano, to the southeast of Santa Maria, activity was much quieter.

According to INVISUMEH, lava flows are still active to the northwest of the mountain and reach 400 metres.

Material which caused avalanches at the site was ejected 75 metres above the volcano’s summit. 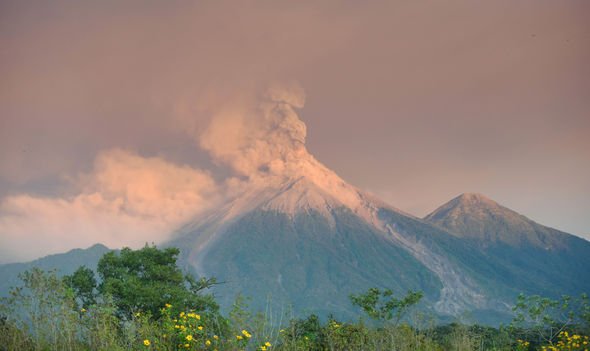 INVISUMEH also noted “incandescent“ material ejected from the site to heights of 100 to 450 metres, which caused avalanches of material travelling long-distances. 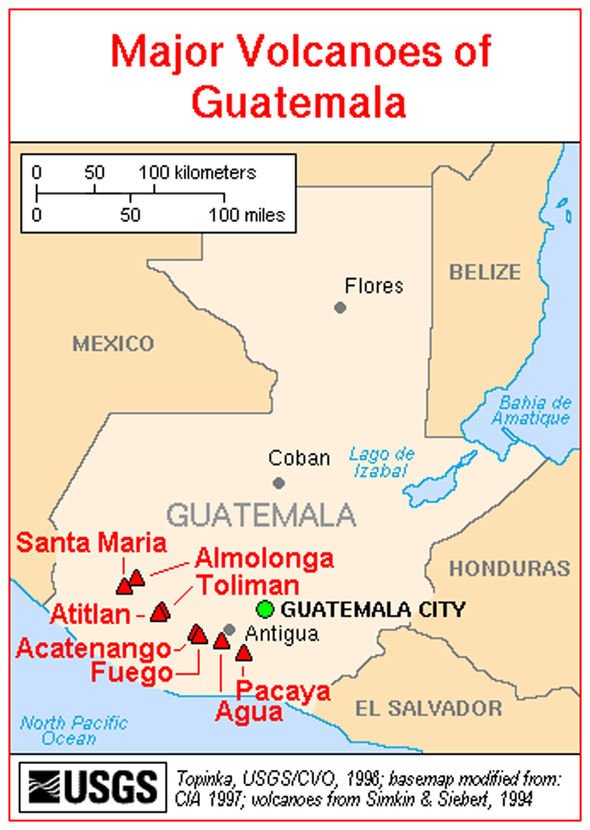 El Fuego is Guatemala’s most dangerous volcano, and its most recent eruption cycle began in 2002.

The volcano made headlines last year when it violently erupted with little warning.

On June 3, 2018, the volcano sent ash rocketing nearly four miles above its summit and generated a super-heated pyroclastic flow which cascaded down the mountain and into local communities.

Some 200 people are thought to have died in the chaos, as the sudden nature of the eruption left little time for evacuation.

Eddy Sanchez, the director of Guatemala’s seismological, volcanic and meteorological institute, warned the most deadly aspect of the eruption was the resulting pyroclastic flows.

He said: “Temperatures in the pyroclastic flow can exceed 700 degrees [Celsius] and volcanic ash can rain down on a 15km (nine-mile) radius.

“That could cause more mud flows and nearby rivers to burst their banks.”

The volcano erupted for a second time in November the same year, resulting in evacuations of nearly 4,000 people.

Liverpool will buy Jota for 41 million pounds. Wolverhampton will pay up to 13.5 million for Hoover
8 is Bavaria's favorite number. Now she beat Schalke: Gnabry scored a hat-trick, Sane scored 1+2, Lewandowski came up with an assist by rabona
Liverpool agreed a 5-year contract with Jota. The transfer amount could be 43 million euros
I left everything and went to the other side of the world for my favorite team. The heartwarming story of a Norwegian fan in love with Santos
Lewandowski scored in the 1st round of the Bundesliga in 7 seasons and repeated the championship record
Gnabry scored a hat-trick against Schalke
Lewandowski scored for Schalke in their 10th Bundesliga game in a row. This is a League record
Source https://www.express.co.uk/news/world/1210495/volcano-eruption-today-guatemala-volcano-Santa-Maria-El-Fuego-volcano-eruption?utm_source=feedburner&utm_medium=feed&utm_campaign=Feed%3A+daily-express-news-showbiz+%28Express+%3A%3A+News+%2F+Showbiz+Feed%29

Brazilian wetlands fires started by humans and worsened by drought