A VILE boyfriend smashed a three-month-old baby's head off a post leaving the child with a serious brain injury after his cries disturbed the attacker's video game.

Andrew Woodhall, 24, from Hartlepool, bashed the baby's head against a stair post in 2016.

Teesside Crown Court heard a heart-breaking statement from the child's mum, who cannot be named for legal reasons, as she detailed the horrendous difficulties her child has faced since.

In her statement, read out in court by Jolyon Perks, prosecuting, the mum said: "The day he finally admitted what he had done, my world came crashing down.

"I felt so much anger and hate, which was replaced by a feeling of sadness.

"(The child) may never walk or talk or play like other kids. I constantly worry about the life (the child) will have."

The youngster has been left dependent on medication to tackle their epilepsy and will be fully reliant on 24-hour medical care for the remainder of their life.

I felt so much anger and hate, which was replaced by a feeling of sadness

Mr Perks told the court that Woodhall had initially claimed the child's injuries were caused by an accident.

But medical examinations carried out at the University Hospital of North Tees found a number of 'catastrophic' injuries had been inflicted on the baby.

"He stopped shaking the child when he heard a thud which he believed was its head hitting the newel post at the top of the stairs. He told the police he had shaken the baby for some 90 seconds and not the 30 seconds he had previously maintained," said Mr Perks.

"He said he felt embarrassed, upset and disgusted with himself and added that he had no contact with the family since."

Woodhall's lawyer Andrew Turton said his client had shown remorse for his actions and had been living with the guilt ever since the "moment of madness". 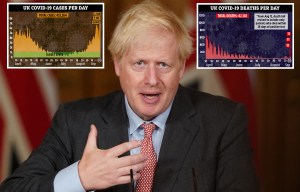 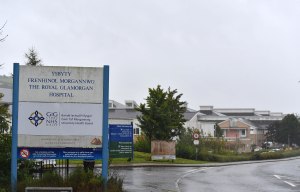 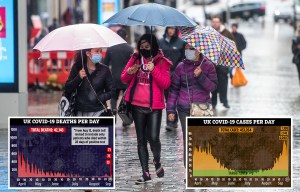 Daily Covid cases above 7,000 for second day running as another 71 people die

The judge said: "This case serves as a tragic reminder of the fragility and vulnerability of small children - in this case the child was just three-months-old. The enormous responsibility, which is placed on those caring for them, responsibility which you betrayed.

"You betrayed the trust that had been placed in you to case for the child, in what I have heard, was a most violent and prolonged manner."

Juventus and Barcelona won their first group matches. Who will win in Turin?
Andrea Pirlo: we need to wait for the Ronaldo test. I think we will find out today if he will play
Danilo about the match with Barcelona: Juventus on the right track
Ozil provided 1,400 school children with free Lunches by supporting Rashford
Dmitry Sennikov: Lokomotiv will have opportunities to score against Bayern. Its defense is not perfect
De Bruyne and Villas-Boas have known each other for 10 years: they barely missed each other at Chelsea, Andre's assistant asked Kevin for a t-shirt
Andrea Pirlo: Messi is still on top. With such players, we must hope that they do not have the best day
Source https://www.thesun.co.uk/news/12812435/boyfriend-jailed-smashed-babys-head-post-brain-video-game/