VICTORIA Beckham looked stunning as she celebrated Mother's Day at a restaurant with all of her four children.

The fashion designer rocked a lace halter neck and tied her hair in a high bun as she sat between her kids.

The family were out enjoying a meal for non-UK Mother's Day which falls on the first Sunday in May in many countries around the world.

"Mum are so special we get celebrated twice," Victoria captioned the Instagram story.

"Happy Mother's Day to all of you celebrating today."

Earlier on the weekend Victoria drove fans wild as she went back to her Posh Spice roots by posing in a black mini dress.

The 47-year-old showed off her long legs in the sexy outfit for a mirror selfie.

She stood on her tiptoes and flashed a peace sign to pose in her dressing room.

Victoria said to fans: "Hoping you all have a spicy Saturday!! Kisses!"

She's back in the UK with husband David at their Cotswolds home after flying back from Miami.

They'd been out there with their youngest kids Romeo, Cruz and Harper since Christmas living the high life with relaxed Covid-19 restrictions and sunny weather.

Their long stay there had prompted whispers that Victoria had finally been talked into moving to Miami, where David has set up his football team Inter Miami CF, having previously not been keen to relocate to the States.

However, the family are now back at their £6million estate where they've had a new lake created in the grounds - which would cover three quarters of a football pitch.

It follows delays after locals protested the plans, claiming the lake, which has an island, is too large and “out of keeping” with the area.

A source said: “The whole family loved their time in the US but the UK has always been home for them.

“They are back in the UK and focusing on various aspects of their business ventures between the Cotswolds and London.

“They had to isolate when they got back but now they are settled again and the children are preparing to go back to school next week. 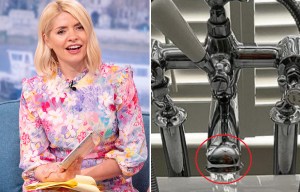 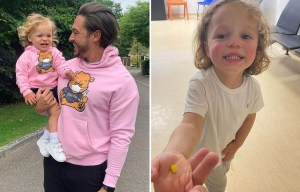 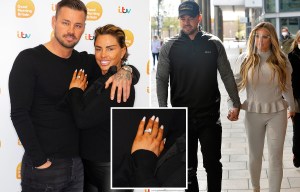 “Brooklyn moved to Miami last year to be with his fiancée Nicola Peltz so he has stayed out there.

"Victoria feels sad to be away from him but he’s grown up now and living his own life.

“They’re hoping it won’t be too long before he can make a visit back home again.”

Their second eldest Romeo, now 18, is likely to be the next to fly the nest.