Verhofstadt twists knife into Merkel as he boasts of EU expansion: 'Brake is now off'

The new coalition headed by Olaf Scolz offers the EU “a break from the recent past”, he forecast. Mr Verhofstadt wrote today (Monday) that the “Merkel brake […] is now off.”

The “traffic light coalition” is named after the colours of the three parties that comprise it: the Social Democrat Party (SPD), the Liberal Democrats and the Greens.

It followed two months of intense negotiations after the SPD came out the largest party in September’s general election. 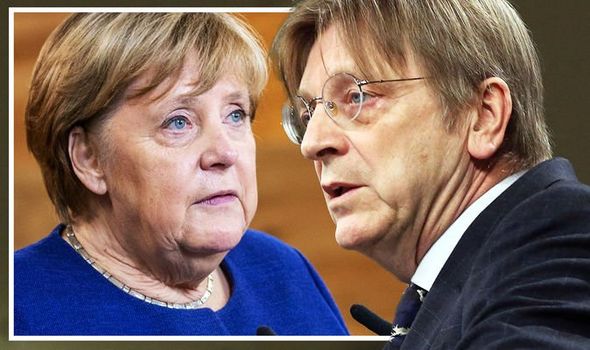 The new coalition headed by Olaf Scolz offers the EU 'a break from the recent past', he forecast (Image: Getty)

Mr Verhofstadt appeared to take a swipe at Mrs Merkel as he said in the past decade “it seemed our leader were unable, or unwilling to lead Europe".

However, the new government in Germany “could be the final missing piece” in European politics.

The former Belgian prime minister and MEP wrote: “The German coalition deal, Koalitionsvertrag, at times reads not like a weak compromise but more a pre-election party manifesto — and of a party I would vote for.

“The deal clearly gets the basics right: A ‘self-image of a European Germany’ that is ‘embedded in the historical peace and freedom project that is the European Union.’ 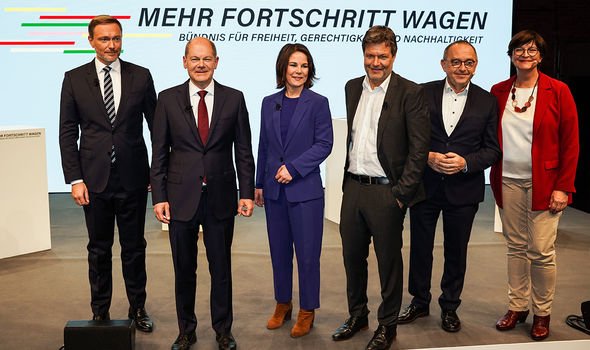 The 'traffic light coalition' is named after the colours of the three parties that comprise it (Image: PA) 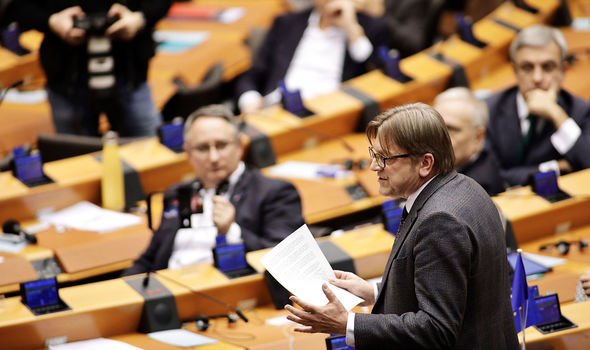 Verhofstadt said 'it seemed our leaders were unable, or unwilling, to lead Europe' (Image: Getty)

Its goal, ‘a sovereign EU as a stronger actor in a world shaped by uncertainty and competing political systems.’

“Its role and responsibilities as a large member country, to go beyond the purely national, ‘for the EU as a whole.’

“This is quite a break from the recent past, where the reasoning was that ‘what is good for Germany is good for Europe,’ and not much more.” 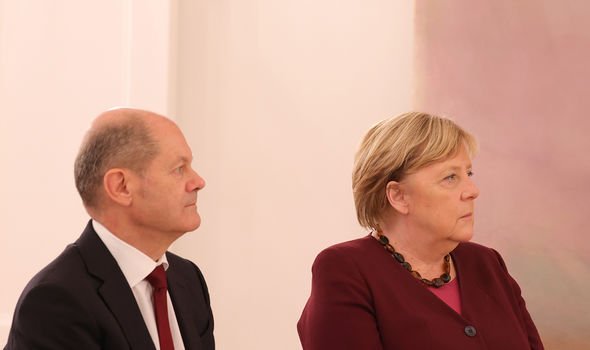 The new government in Germany 'could be the final missing piece' in European politics (Image: Getty)

He explained in his piece for Politico that “these new words matter” because the coalition’s stance on the EU rule of law – that EU law has primacy over national law – is to “buttress” it.

They want the EU to develop and be willing to use a “whole range” of rule of law instruments for punishing governments which break from this, he said, including an instrument “which could suspend the voting rights of governments that violate EU values".

Recently, a Hungarian law criminalising support for asylum seekers was found to have violated EU law, the European Court of Justice ruled.

The ruling is the latest part of a years-long battle between the country and the European Commission over migration. 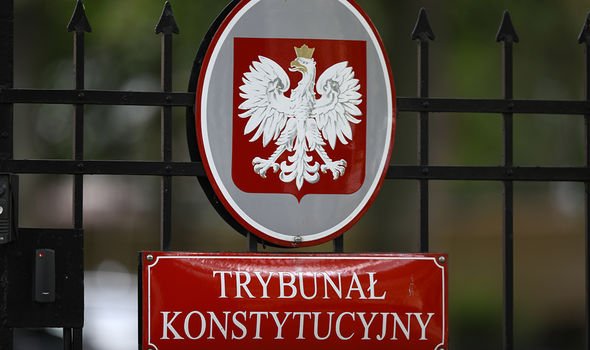 Poland’s Constitutional Tribunal said that the Polish constitution has primacy over some EU law (Image: Getty)

It follows a ruling last month by Poland’s Constitutional Tribunal, which said that the Polish constitution has primacy over some EU law.

The European Parliament is now suing the European Commission to trigger a mechanism against Poland and Hungary intended as a response to democratic backsliding.

However, the European Commission said it was awaiting an ECJ ruling on the legality of the tool, which would withhold funds from member states it targets.

Mr Verhofstadt continued: “In short, the ‘Merkel brake’ — which always slowed down and held up any EU action against Hungarian Prime Minister Viktor Orbán or Polish Deputy Prime Minister Jarosław Kaczyński’s assaults on their country’s democratic institutions — is now off.”

He added: “with Olaf Scholz as chancellor, it will be wonderfully interesting to see a new generation of political stars finally align.

“The problems of the real world are not any less for it.

“But just maybe, shortly, finally, Europe’s greatest weakness will no longer be the politicians leading it.”