VANESSA Bryant’s mother is accusing her daughter of telling her to “get out” of the house after NBA star Kobe Bryant’s death.

Sofia Laine also claims that her daughter, who was married to Kobe Bryant for nearly two decades, ordered her to give a vehicle back as well.

“She told me, ‘I need you to get out of this house,’” Laine said on Univision’s ‘El Gorda y La Flaca’ show on Monday.

“She also told me that she wanted her car and she wants it now.”

Laine shed tears as she spoke to the interviewer, Dave Valadez.

A preview of the show teased over the weekend did not reveal what led to the apparent falling out between the mother and daughter.

A legal representative for Vanessa Bryant did not immediately respond to a request for comment from The Sun on Monday night.

Laine lived in one of the several homes the Bryant family owns in Newport Beach and the coast, before it was sold in 2013.

The mother-of-four often looked very close to Kobe Bryant—who admitted his relationship with his parents was strained—and would wait outside his Los Angeles Lakers locker room in 2015.

Laine appeared with Vanessa Bryant in a family photo last Thanksgiving that the basketball legend shared on his Instagram.

Kobe Bryant, 41, and his daughter Gianna Bryant, 13, died in a helicopter crash in January in Calabasas, California.

After Kobe Bryant’s death, Laine helped her daughter with her grandchildren, Natalia, 17, Bianka, 3, and Capri, 7 months old, a source told Us Weekly.

The source said Vanessa Bryant “is incredibly close to her mom” and that Laine was “her rock” in the weeks following her husband’s unexpected death.

“Her mom is always with her and the girls and she's been keeping Vanessa strong and she's the weight of her support system,” the source said. 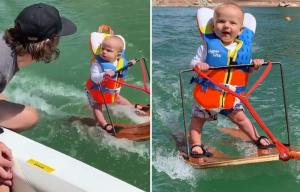 Vanessa Bryant’s stepfather, Stephen Laine, compared her to her mother in 2011 when Vanessa and Kobe Bryant nearly divorced over multiple alleged infidelities.

“Her mother taught her well to wait for the 10-year mark,” Stephen Laine said.

It is not know where Sofia Laine is currently residing.

Andrea Pirlo: Messi is still on top. With such players, we must hope that they do not have the best day
The figures of Robert Lewandowski, which frightens not only the locomotive
Who will be the top scorer in the Champions League?
La Liga President on the departure of Ronaldo and Neymar: it is better to leave because of taxes than because of anything else
Kane and Son gave each other 29 assists in the Premier League. Only Lampard and Drogba (36) did it more often
Veron about Messi: Playing in Barca gives him discomfort
Mitryushkin on the move to Fortuna: Germany is a country of goalkeepers. I can learn a lot here
Source https://www.thesun.co.uk/news/12733150/vanessa-bryant-mom-kicked-out-home-car/

New breath test 'can diagnose Covid-19 within one minute'

The SNP must rethink its economic model for an independent Scotland

Aldi is launching an Advent calendar range in stores this week

Jurassic-era fossil of ‘Lazarus’ fish expected to fetch £50,000 at auction

Stop the music! Chorus of artists tell Trump to turn it down

From Neil Young to the Rolling Stones: The artists who have told Trump to stop using their music

From Beijing to Brussels, Trump's trade wars at a glance

AOC claps back at Trump for mocking her education

Coronavirus: Check on people in self-isolation ‘every day’, WHO tells Boris Johnson

Veteran Jimmy honoured for his service during the Second World War

The food hygiene ratings for every takeaway in Swansea right now

Lochwinnoch super slimmer Joanne takes over group to inspire others

Sasha Obama trends on Twitter after viral TikTok: 'Proof that 2020 still can be great'

Fact check: Did the Welsh Tories back the non-essential goods supermarket ban?

Manhunt under way after mother and son found murdered in Coventry

Dead clever: why vampire bats are the ultimate social-distancing experts

Why do our elected representatives not think for themselves?

Disgusting piles of rubbish and furniture dumped by fly-tippers

Horse dies after falling from a moving horsebox onto busy road