The Vanderpump Rules alum, 32, shared the news to Instagram on Tuesday, April 13.

She said in a sweet snap cradling her baby boy while cuddling up to her hubby: "Yesterday, April 12th at 1:51pm, our lives changed forever in the absolute best way possible. Our beautiful son Cruz Michael Cauchi was born and we have never been more in love. He is the most precious gift and I am so blessed to be his Mommy. We are soooooo so happy, he is a dream come true!! Both Mommy & Baby are doing great!"

Jax praised Brittany and baby Cruz in an Instagram post of his own, which read: "I don't think I have ever been as happy as I am right now, everything else in life seems so insignificant now. I am crying just writing this message. I have the most beautiful son a man could ask for, he's an absolute blessing from god.

"I just want to say how absolutely amazing my wife has been through this whole process," he continued, "it has not been an easy pregnancy for her but she did an absolute amazing job all the way till the end."

Jax and his wife first revealed that they were expecting with a series of sweet photos this past Fall.

The pair cuddled on a staircase while Brittany cradled her baby bump, and together they held sonogram images of their soon-to-be son.

The Bravo star captioned her sentimental shots: “Mom & Dad. The love of our lives is coming soon.”

The duo tied the knot in a fairytale castle ceremony on June 29, 2019, which was televised on Vanderpump Rules.

Brittany previously told PEOPLE that she and her husband had been attempting to conceive for months until she had an intuition that they should take a pregnancy test.

"We had been trying for around five months and we just can't wait to grow our family. I had the ovulation sticks and all the apps... we were ready to go!

"I woke up super early to go to the restroom and just had a feeling I should take a test and it was positive!!

"I cried, I laughed, we were just so happy!! Then I took three more tests and cried some more," she confessed.

"I can't wait to start shopping and getting the nursery ready. I am just so overjoyed and every day I fall more in love."

The TV personalities also rejoiced to find out their forthcoming child would be a little boy, after celebrating with a gender reveal in late September.

The couple looked overjoyed as blue confetti showered around them and their loved ones.

"We are totally over the moon!! We are shocked beyond belief!! This is truly a dream come true for Jax especially and we just can't wait to meet our little prince!!" they told the outlet.

Jax and Brittany met in Las Vegas in May of 2015, and a majority of their time together has been documented on Bravo.

The male model asked that his love interest move from Kentucky to Los Angeles to be with him, and they have been inseparable ever since.

The Vanderpump star proposed in Malibu in June of 2018, and they sealed the deal a year later in Versailles, Kentucky.

Brittany flaunted her developing bump frequently throughout her pregnancy, including through a full-glam selfie shoot in January.

The mom posed in just a nude bra as she showed off her soon-to-be newborn.

The Southern girl also came clean about her bodily changes throughout the process, writing: “I got glammed up and did a selfie shoot lol it’s important to feel confident in your body especially during quarantine + pregnancy.

“Everything is growing- my lips, my feet, my belly, my boobs lol!

“Getting some makeup on and your hair done can make a huge difference in your mood, I know this first hand!

“I’m feeling good today and getting excited for a maternity shoot!! I need ideas so comment below if you have any good ones ❤️."

In early March Brittany also hit the beach with co-star Lala Kent, as the two pregnant mommies showed off their big baby bellies in bathing suits.

Jax and his wife announced in December that they would not be returning to Vanderpump Rules.

"The last 8 years on Vanderpump Rules have been some of the most challenging, rewarding and fulfilling years of my life," he explained via Instagram.

"Although this is difficult to share, Brittany and I will not be returning for another season of Vanderpump Rules.

"We are excited to take this time to focus on our growing family and share with you our new endeavors. @bravotv, @evolutionusa and our Vanderpump castmates will always remain close to our hearts. 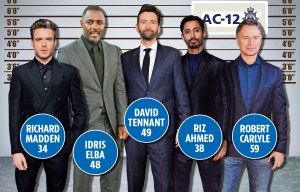 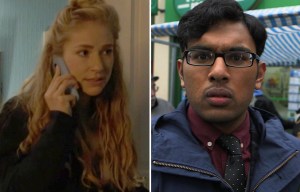 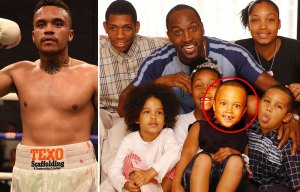 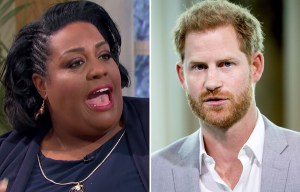 "Thank you to all the fans who have shared our journey with us and supported us through everything. We love you.

"Stay tuned, We can’t wait [to] share what we have planned. Have a great weekend," he gushed.