1) Sport’s easier with the wind on your side. Witness Justin Gatlin mauling Usain Bolt’s 100m world record with a run of 9.45secs … albeit with a massive fan behind him for a Japanese TV show, raising the wind reading to 8.9 m/s. That’s almost four and a half times the legal limit (for comparison, Bolt’s mark of 9.58 was set with a wind of 0.9 m/s behind him). Speaking of 100m, that’s the distance Barrow’s Jamie Dallimore managed with a goalline drop-out in the Challenge Cup with assistance from Storm Dennis behind him. It left London Skolars having to drop out themselves, in the other direction (spoilers: theirs didn’t go 100m) …

Back to athletics, various competitors enjoyed a stiff breeze behind them, with triple jumpers Willie Banks (1988, 18.06m) and Jonathan Edwards (1995, 18.43m), while Carl Lewis threw in a wind-assisted 8.91m before Mike Powell replied with something longer and more legal in the greatest long jump competition of all time at the 1991 world championships. Arbroath’s Colin Hamilton used the elements to put Roberto Carlos-like whip on a corner – however the match against Ayr was abandoned at half-time with the scores at 1-1 due to the high winds. More wicked dead-ball curl too from Blyth Spartans’ Robbie Dale.

A gust caught this 2018 clearance from Thurrock’s Kamarl Duncan, resulting in him scoring a 40-yard own goal despite kicking the ball away from goal. Always follow up, as Portadown FC’s Chris Lavery highlights against Queen’s University. And ballboys of Wales: keep an eye on your chair, particularly if it’s of the plastic garden variety. 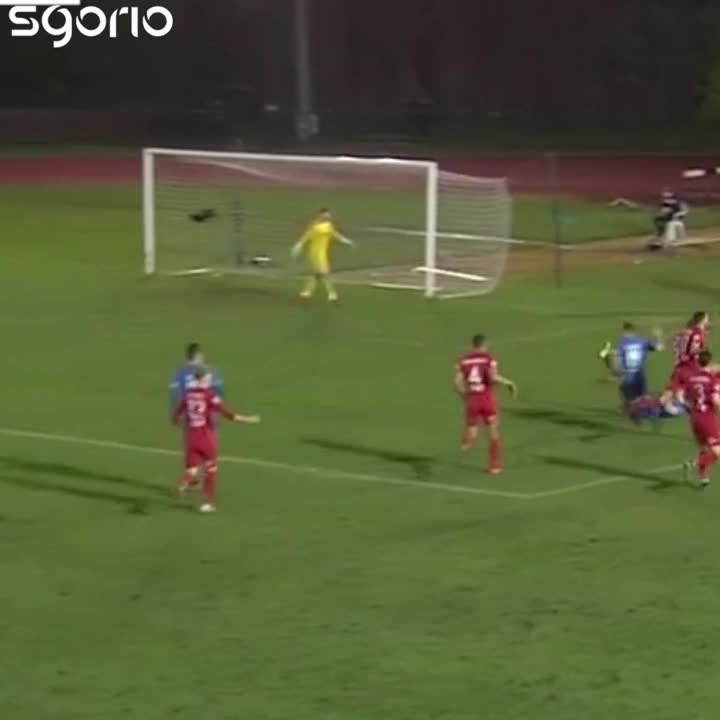 Wind playing havoc with the chairs and ball boys! pic.twitter.com/OGup0vP3DW

2) TV movie pitch idea: 42-year-old zamboni driver and former kidney transplant patient sits in stands watching NHL game. Both of one team’s goaltenders depart injured. Man in stands gets summoned, has name hastily ironed on to back of jersey, ends up in goal … and saves eight out of 10 shots to help his side to victory. If this doesn’t get you, reader, sport is probably not for you. Pure, pure poetry (and swearing) embroils David Ayres, Carolina Hurricanes’ newest hero.

3) Toning down your celebrations against former colleagues is not a thing at Miembeni in Zanzibar, as coach Mani Gamera lands a fine and six-month suspension following groin and Y-front-highlighting antics in front of Jang’ombe supporters.

4) Putt of the week: this, from 94 feet across a basketball court to win a car for 84-year-old Mary Ann Wakefield. There’s a host of markedly less kind lies to be seen in this compilation from the last decade.

5) Meanwhile in North Macedonia … a player gets his marching orders after dispossessing an opponent using a spare ball.

6) On this day corner: 21 years ago – Aston Villa fielded the last all-English XI in the Premier League, and got ripped to bits by Coventry. James Beattie turns 42 today, and kicks off this splendid package of Southampton long-range pearlers. Jonjo Shelvey is now 28 – here he his is not quite getting to Kevin De Bruyne earlier in the season but atoning in kind to give Newcastle a point. Todd Cantwell turns 22, and was another to put a spanner in Manchester City’s plans to retain their title.

1) In 1977, back in the days of 15-round heavyweight title fights, Muhammad Ali and Earnie Shavers went the distance, culminating in an exhausting, brutal final round.

2) Jon Rahm hits 61 in Mexico, including a one-bounce hole in one.