COLLUDE has been knocking on the door and wasn’t helped by her rider dropping the whip in a driving finish here last time out. That was over this 6f and she should be right in the firing line again.

Every Single Day has been tried over different trips and looked happy sprinting when second here latest. He hit the front a little too soon and was collared late on. She should make another bold bid despite a moderate draw.

Alena Marie has held her own in stronger company than this and was a good second over course and distance last time.

CH JAY is taking a drop in class on the back of a win and three places from his past five outings. He didn’t seem to get home over the mile last time and this drop in distance looks a wise move.

Stablemate Cowboy Cactus Jack shares the inside stall and has been luckless in running on his past couple of runs. He could bounce back if able to get out of the gates sharper than lately.

Call Me Derby is gunning for a hat-trick of wins and had plenty in hand when beating a couple of these rival over course and distance last month. He’ll be right there again.

ESKENDEREYAS DREAM has blinkers on for the first time as he makes his Oaklawn debut for an in-form trainer. His best form has come over this sort of distance and he has been working well at the track ahead of this comeback.

Cowboys Dream has been tackling better horses than this and can be forgiven a modest effort last time where he could never get into it. He should find life a little easier here.

Tracking Gold is another having his sights lowered and he was an impressive winner at Woodbine three runs ago. This trip suits and he’s another to consider.

DINGDINGDING often meets trouble in running but he’s pretty consistent and saves his best for this distance. He has a win at the track to his name and that makes his competitive in what looks a weak race.

Southsider and Monday Confession both go up in class on the back of a solid second and third here last time. There’s no reason why the places should be altered with the former having slightly stronger form.

Tre Lee Divine is dropping in grade and wasn’t disgraced over shorter here when last seen in February.

TIME HEIST has shown enough to win a race like this and wasn’t disgraced against stronger rivals here last time. His best effort came on debut in February when beaten a neck in a driving finish. A repeat of that would be good enough to get off the mark.

Runtech has shown promise too and has been putting in some decent work times ahead of this course debut for new connections.

Hidden Promise comes from a trainer-jockey team that have been profitable to follow. He has a second and fourth to his name at the track and is another to consider.

ARTEMUS EAGLE looks the one to beat after a good third in a better race at Tampa Bay last time out. He has two wins over a mile at the Florida track and should be right in the mix again.

Icecap won with a little in hand on his course debut in February. That was over a mile and this slightly longer distance won’t be an issue.

River Finn was well off the pace last time but there was something surely not right given the way he won nicely two outings ago. He moves to this track with a chance of winning on debut.

FIONA POWER was a good third last time and takes a drop in class for her debut at Oaklawn. Her trainer has a strong record in races like this and a repeat of her latest effort would see her in the mix.

C’est Mardi showed some promise on her first spin around here last month. This is a drop in grade from that and she should be capable of better with the benefit of the experience.

Quiet Dawn ran her best race for a while when a close second here last time. That was over this distance and she is likely to be in the shake-up again. 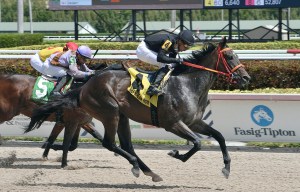 Templegate's top tips for the US racing action at Gulfstream Park 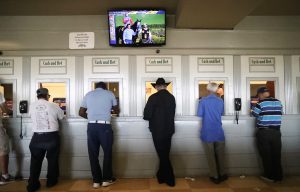 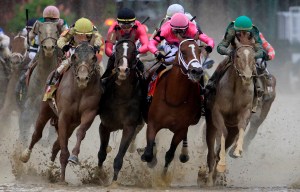 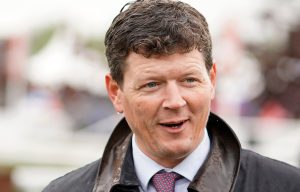 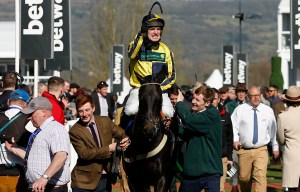 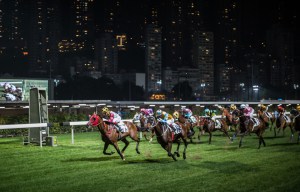 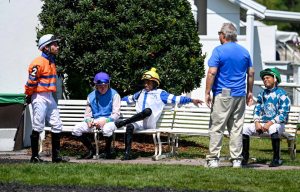 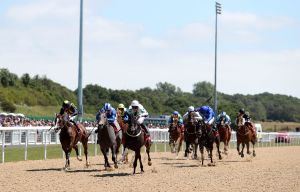 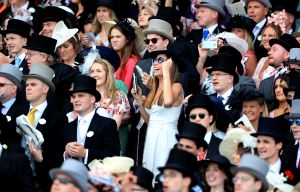 TOWN CHAMP comes here in great form with two wins and two second from his past four runs, with three of them around this track. This six-furlong distance is ideal and he is kept to the same grade as last time.

American Mandate looks a threat after a good third despite meeting all kinds of trouble in running. This trip suits well and he will be a big danger.

Tuggle was beaten in a photo on his course debut latest and should improve for the experience. This is a slightly stronger race than last time.

GURL YOU FINE has been running well over this trip and ran on well enough when beaten five lengths here last time. That was her second spin around here and she is capable of better.

Luminaire comes from a jockey and trainer that enjoy plenty of success when teaming up. She makes her course debut and a market move would be interesting.

Austin’s Gal took a step forward to finish third here last time over a mile. She could figure if reproducing that form over this shorter distance.

Ex-coach of the Kazanka river Klyuyev can lead Dinamo St. Petersburg
Barca defender Miranda is of Interest to Borussia Gladbach, Juventus, Betis, Porto and PSV
Tataev was our best player in both games. The coach of mladá Boleslav on the own goals of Alexis
Gianni Infantino: I have Heard Interesting proposals about the salary ceiling, limiting the amount of transactions, creating a reserve Fund
Herta Darida's midfielder ran 14.65 km in the game against Borussia Dortmund. This is a Bundesliga record
Neuer on the action black Lives matter: We are tolerant, open to the world and there should be no barriers to this
Milan and Inter are monitoring Benfica defender Araujo
Source https://www.thesun.co.uk/sport/horseracing/11353037/us-racing-tips-oaklawn-park-templegate/