MR BIG SHOT got up on the line to win over the minimum trip last time and should enjoy going over this extra quarter-mile. He takes a drop in class here which should make his task even simpler.

J Train got the better of Mr Big Shot here last time and they are two more trying a more stretching trip. It’s early days for both of them so there could be improvement to come.

Leon’s Diamond didn’t get the clearest of runs latest and is capable of better but has a fair gap to bridge today.

RED MAJESTY is dropping in grade got boxed in on the rail when fourth here last time but earlier won with plenty in hand. He likes this trip and could actually be helped by being drawn out wide.

Dreaming Type didn’t get home over six furlongs last time after winning by an impressive three lengths over this distance. Returning to that level looks a wise move.

More Than Stature had five lengths in hand when scoring at Houston latest and, while this shorter trip may not be ideal, that form has to be respected.

WITTS DATA LINK has been running consistently in decent races at Houston including when a solid fourth last time on the back of a close second. She makes her Fonner debut here and this course should suit.

Laine’s Peach has yet to get off the mark but she’s a regular on the podium and wasn’t beaten far when second latest with Scotia Queen a place further behind.

Ebony Nights is another to consider if she can find the form that saw her in the places at Houston earlier this season. This is her best trip and she may take to Fonner’s tight track.

SPA SHACKALACKA should relish dropping to this trip after going well for a long way over further last time. He faded in the final furlong against stronger rivals and his trainer is in excellent form.

Free Music ran out of petrol over six furlongs here last time and is much better at this minimum trip. He has been in the places four times from nine starts at the track.

Well Mannered has a couple of wins around here under his belt and was a solid third last time. The veteran has a place shout again.

SHEPHERD’S PRIDE should be a real challenger in this lower grade after a fair effort over further here last time. He has six wins to his name at this distance and his yard does well with horses dropping in class.

Lonesome Highway has more than a length in hand when winning over course and distance last time. He stays in the same grade and will be a real danger again.

Rulethenight was fifth in that race but tried to lay up with a hot pace and paid the price late on. He could get closer today.

ANWARA is taking a big drop in class after a couple of sighters around Fonner Park. She has a couple of wins to her name over this trip and was scoring in better races than this in the autumn.

Lingering Sally is another moving down the grades and was beaten in a photo over course and distance. She didn’t get the best of runs around the final bend and is capable of another good run.

Atoka Girl has five wins from 11 outings at the track and she’s overdue a victory with this trip right up her street. 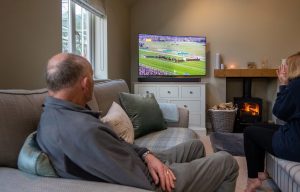 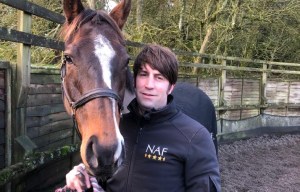 Christian Williams on the fizz as Virtual National raises £2.6 million for NHS 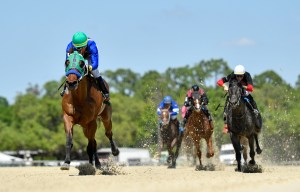 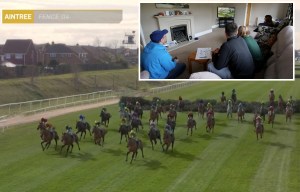 MONEY IN THE POTT

Virtual Grand National raises more than £2.6M for NHS after 4.8m tune in 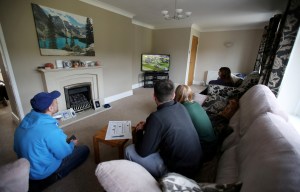 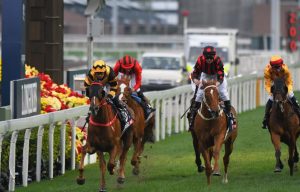 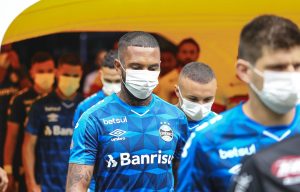 Coronavirus in Sport: What events has the deadly virus cancelled? 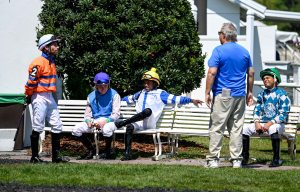 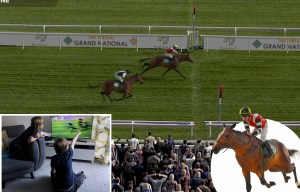 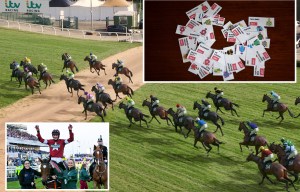 All the reaction as Potter's Corner wins the Virtual Grand National

HIDDEN GUN has been holding his own in better contest than this and was a fair fourth on his return to Fonner last time out. He was kept out wide out of trouble latest and should take a big step forward for that comeback.

Green Card had almost two lengths in hand when landing his third at Fonner last time. He sees out this distance really well and should be on the premises again.

Trask was poor last time but landed two wins and two seconds before that and can’t be ignored.

GLOBAL EXCHANGE has improved a bundle since moving to Fonner with a three-length victory followed by a head-bobbing second last time out. She had no problem getting home over this distance last time and looks the one to beat.

Danurite scorched away from her rivals to win on comeback latest and has every chance if seeing out this extra quarter-mile.

Chickes Done was impressive when scoring by four lengths over course and distance last time. This trainer and jockey team have a high strike-rare and she’s another with a big shout going up in grade.

RUNAROUNDDANCING deserves this hike in grade after a convincing victory over course and distance last time. The veteran came with a real rattle to win going away. That was his fourth win from six runs at Fonner and he was second in the other two so he must go close again.

King Of Anything missed the kick over the minimum trip latest giving him no chance. This trip suits much better and he is proven against this level of opposition.

Junkers didn’t get the mile here last time after winning over this trip and he’ll be a threat again.

Atalanta defender Castan is of Interest to Tottenham, Leicester and West ham
Captain Valeika was born in Moscow. Russian Russian mother, father-conductor, performed with Celine Dion and still supports Spartak
Scott Makemine: Looking cuts with Zidane, Vieira, Keane. Amazing box-to-box
Jessie Lingard: Last season, I didn't force myself or set goals. It's like a new start
Fjortoft about Werner: Timo is the best talent in Europe. If Liverpool want him, he will be there
The Union was suspended from matches the forward Poltera. The player did not want to take a pay cut
Ex-Guardiola assistant: Messi will be able to play in midfield like Xavi in a few years
Source https://www.thesun.co.uk/sport/horseracing/11331989/us-racing-tips-templegate-best-bets-fonner-park/