It’s according to a new letter sent be the US’ GSA administrator Emily Murphy, obtained by CNN. Analysts have called it “as near as we’ve had to a concession” from President Trump’s team – who have so far refused to acknowledge Mr Biden’s election win.

The move is seen to be a big step by the team, since it means funding will be allocated to Mr Biden by Trump appointees.

Mr Trump himself tweeted immediately after the news. He wrote: “Our case STRONGLY continues, we will keep up the good fight, and I believe we will prevail!

“Nevertheless, in the best interest of our country, I am recommending that Emily and her team do what needs to be done with regard to initial protocols, and have told my team to do the same. 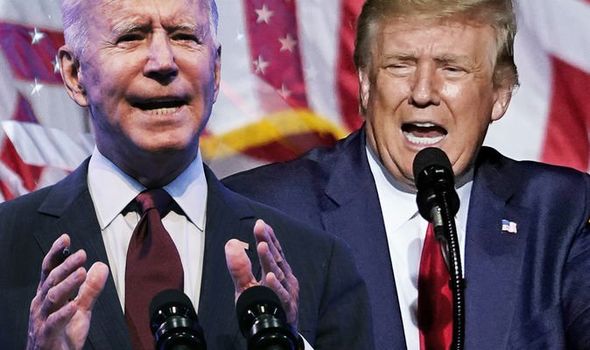 Mr Trump has so far refused to concede to Mr Biden, but analysts say this move is close (Image: Getty)

“I want to thank Emily Murphy at GSA for her steadfast dedication and loyalty to our country.

“She has been harassed, threatened, and abused – and I do not want to see this happen to her, her family, or employees of GSA.”

Before now, members of Mr Biden’s team have accused the GSA – also called the General Services Administration – of stalling the transition process which it oversees.

NEW: GSA has informed president-elect Joe Biden the administration is ready to begin the formal transition process, according to a letter from administrator Emily Murphy sent Monday afternoon and obtained by CNN.

The President-elect was reportedly considering legal action if Ms Murphy did not begin the process soon.

Now, she has claimed in her transfer confirmation letter: “I was never directly or indirectly pressured by any executive branch official – including those who work at the White House or GSA – with regard to the substance or timing of my decision.”

However, she claims to have been targeted by threats “in an effort to coerce me into making this determination prematurely”. 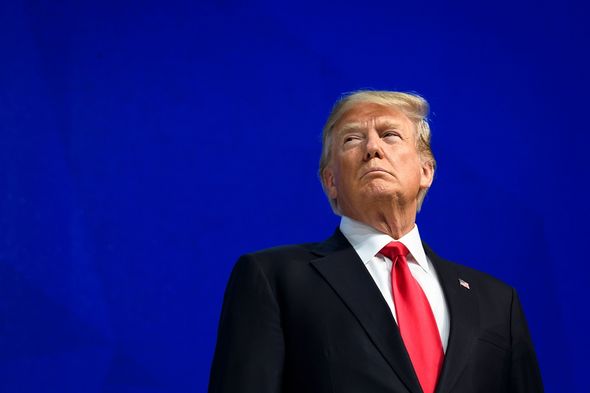 These threats, allegedly sent “online, by phone, and by mail,” were “directed at my safety, my family, my staff, and even my pets”, Ms Murphy wrote.

The GSA’s role within the US government is to support other federal agencies as well as manage office space and technology.

Regarding the transfer of one presidential team to another, it is responsible for allocating space in Washington and enables access to other federal agencies, which means policy changes can be planned. 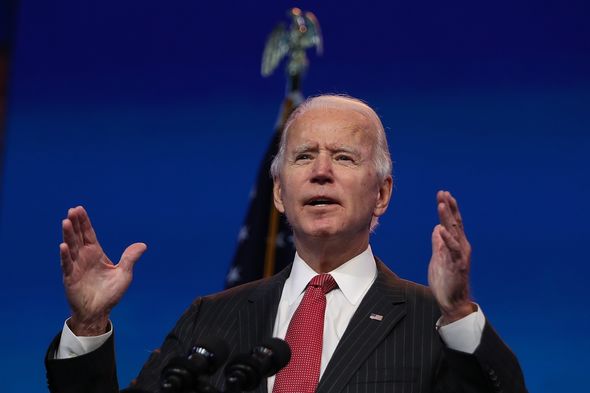 Joe Biden is due to be inaugurated into the White House on January 20 (Image: Joe Raedle / Getty)

The transition will see Mr Biden receiving $6.3 million in federal resources and a further $1 million for “appointee orientation sessions”.

In addition to federal agency access, the transition process will also mean Mr Biden’s team will no longer be locked out of government data.

Yohannes Abraham, executive director of the Biden campaign’s transition team, highlighted “getting the pandemic under control” as one of the first things to be discussed with the US government.

Meanwhile, other users lined up to offer their thoughts. One wrote to Mr Trump: “Face it. You lost. There’s just more of us who would like a competent, caring government.”

Another wrote: “Thank you, Mr President, for your strength, courage, and determination to protect our country.”

David De Gea: I try to be a leader for Manchester United. I have the experience of winning big titles here
It feels like we've been working together for 10 years! Chelsea stars say goodbye to Lampard
Bayern Munich have signed former Basel striker Oberlen
Tuchel will sign a contract with Chelsea for 1.5 years (David Ornstein)
Barcelona still owes Liverpool about 29 million euros for the transfer of Coutinho
Immobile on last season: Lazio felt invincible before covid. They could have fought for the scudetto
Chris Sutton: Lampard is another victim of Russian roulette at Chelsea. This is Abramovich's style
Source https://www.express.co.uk/news/world/1363743/us-election-winner-joe-biden-donald-trump-administration-transition-gsa-US-president-ont?utm_source=feedburner&utm_medium=feed&utm_campaign=Feed%3A+daily-express-news-showbiz+%28Express+%3A%3A+News+%2F+Showbiz+Feed%29