On Wednesday afternoon a video was released of the Duchess of Sussex reading her children’s book the Bench. The video of Meghan Markle, 40, was shared on the Brightly Storytime channel, which is run by Penguin Random House - the publishing house for the book.

Meghan’s book is a poem about a father and son's relationship, witnessed through a mother's eyes.

The footage shows the mother-of-two in what is reportedly the garden of her and Harry’s Montecito property, before illustrations from her book are displayed on-screen as she reads aloud.

For the occasion, the Duchess wore her hair in a tight bun and donned a relaxed blue shirt with a pair of jeans.

During the video, she says: "Today I'm going to read to you my book called The Bench with illustrator Christian Robinson...I asked him to do something special for me and use watercolours, which isn't the normal medium he works in but he did it to make it extra special. 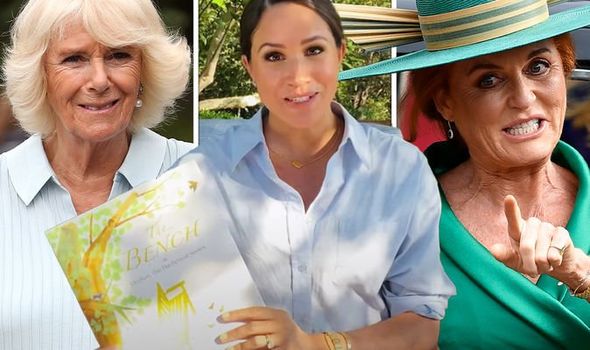 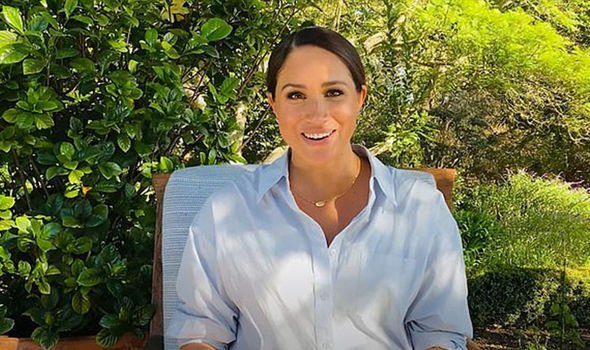 "I wrote this as a poem for my husband and our son Archie, and then turned it into a book so you could enjoy it too."

While some royal fans praised Meghan for the video, saying that the Duchess had a “calm” and “soothing” voice, others blasted her for the action and claim she was “unoriginal”.

Users on Twitter pointed out that the venture was similar to the actions of other Royal Family members including Sarah Ferguson.

@MRqQPEDnxPIyV0n wrote: “Is she copying Sarah, Duchess of York?”

READ MORE: Meghan tight-lipped on Lilibet but praises Harry and Archie in video 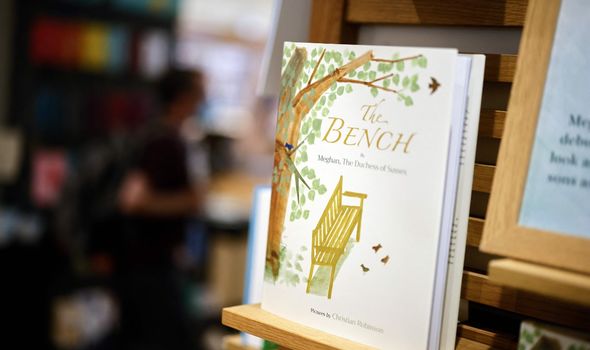 Meghan's book is a poem about the relationship between a father and son (Image: Getty)

The fans reference the Duchess of York, 62, who has a dedicated YouTube channel for “Storytime with Fergie and Friends”.

Fergie’s channel boasts 30.3k followers and sees the best-selling children’s author reading a selection of children’s literature to her audience.

“Can't she have any original thoughts?” 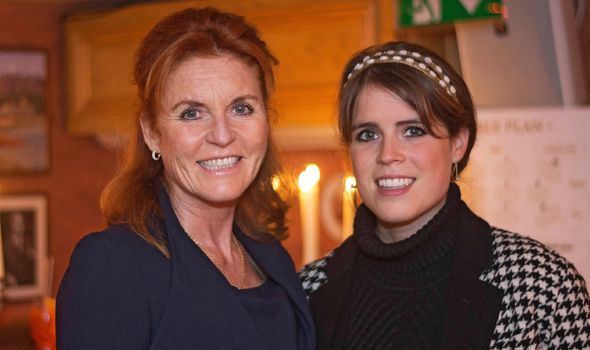 While @BaronessBruck wrote: “I must say -- Fergie did it FIRST & did it BETTER” followed by a series of emojis including a crying with laughter face, a book and a series of flames.

@u2phile agreed with the prior user adding: “I’m glad others see the parallels, I have always thought of TW as Fergie 2.0, nastier and with even less common sense.”

Elsewhere on Twitter, users also pointed out that the actions from Meghan mirrored those of another Royal Family member.

@MadhattersCourt wrote: “Oh for crying out loud, really now she is copying Fergie and Camilla with story times! Is there anything original about her?” 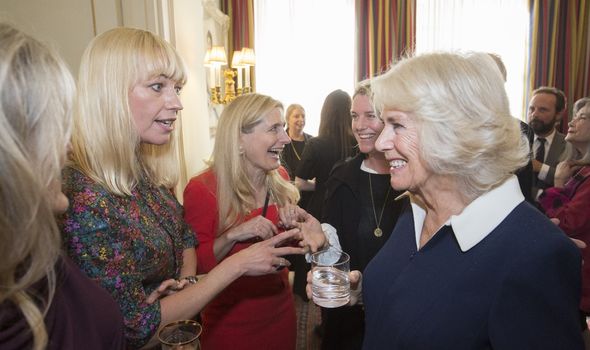 Camilla, the Duchess of Cornwall, hosted a reception for the Reading Room earlier this week (Image: PA)

The Duchess of Cornwall has previously shown off her love of reading by reading to schoolchildren during public appearances.

Camilla, 74, also launched the Reading Room, a “celebration of literature” last December which sees her offering book recommendations and forming a community for book lovers.

Earlier this year, the consort of Prince Charles read books including The Tiger Who Came to Tea to students when opening the Life Changing Library at Griffin Primary School in South London.