After last week’s dramatic opener with the discovery of a headless body dumped in a London scrapyard, frozen solid, it was clear that the fourth series of ITV’s hit crime drama Unforgotten was set to be as intriguing as ever.

Episode two was full of new revelations about the case, with hints that corrupt coppers may have been involved.

First, a refresher on episode one

DCI Cassie Stuart (Nicola Walker) and DI Sunny Khan (Sanjeev Bhaskar) were back on form as the refreshingly real and very likeable detective duo. The first episode was brilliant not just because of their sparky chemistry, but also thanks to the bombshell discovery they made.

The victim was identified as football fan Matthew Walsh, who had been stored in a domestic freezer, probably for 30 years. We were also introduced to the four people who might be connected with his disappearance.

It was discovered that the body had been transported in a freezer purchased by a recently deceased man, Robert Fogerty, who was caught drink-driving the very same night Walsh went missing in 1990 and within a mile of where he was last spotted.

There were four other unnamed passengers in the car with him, and here’s the big bombshell: all five of them were newly qualified police officers returning from their passing-out celebration in Hendon. The four key suspects, therefore – Fiona Grayson, Elizabeth Baildon, Dean Barton and Ram Sidhu – were once trainee police officers.

What happened in episode two? 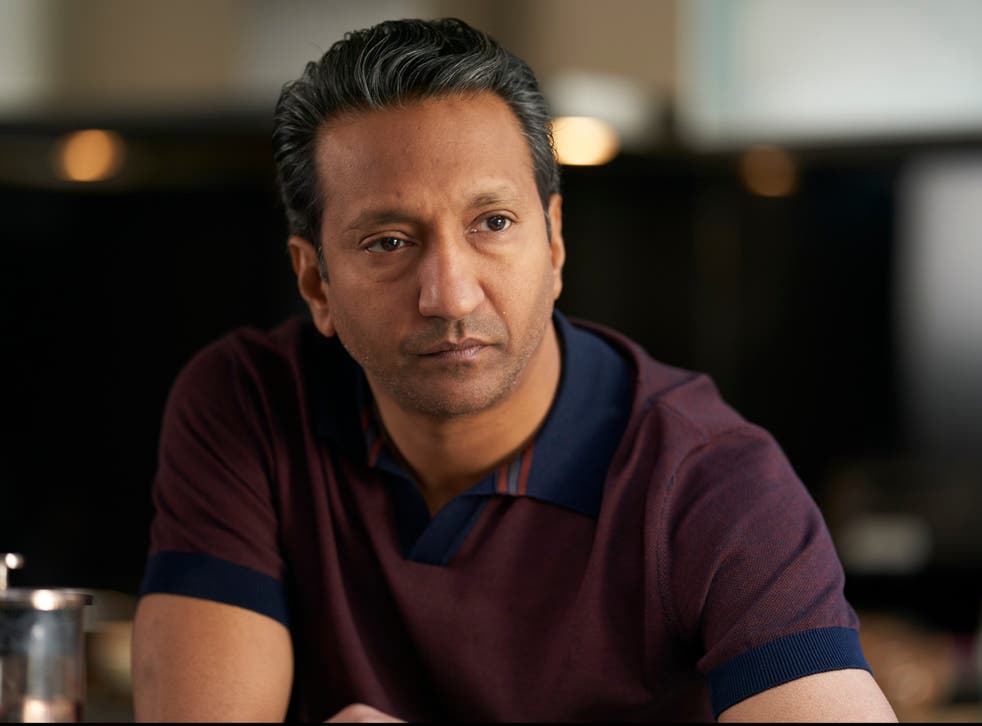 Sunny had a breakthrough and identified the four passengers in the car, but by their first names only. We discovered that two of them are still serving police officers: Elizabeth, known as Liz (Susan Lynch) in Cambridge is up for promotion for the top job in the East Anglian police force and expectant father, DCI Ram Sidhu (Phaldut Sharma) from Southall, is being accused of inappropriate behaviour at work.

The team found victim Walsh’s next of kin, his son Jerome (James Craze), who hardly knew his father but his DNA helped confirm that Walsh was definitely the victim. This development was announced on the evening news.

Cassie told Sunny that they must do this investigation by the book and treat the suspects like they would anybody else. Until this point, Cassie had remained detached from the Walsh case as her mental health has suffered after spending nearly 30 years as a detective investigating the most brutal murders.

At the start of this fourth series, Cassie’s request for medical retirement to leave the police force early and receive her full pension was denied, just as her father’s early dementia began to worsen. She felt angry and betrayed, but has now channelled it into a determination to crack the case.

Who are the main suspects?

Susan Lynch as Liz in Unforgotten

Elizabeth Baildon, known as Liz, is happily engaged to the love of her life, Janet (Amanda Douge). She isn’t your average police officer; she got a classics degree from Balliol College, Oxford. She seems terribly nice as she visits her bedridden and vile mother Eileen (Sheila Hancock) whose carer Eugenia (Mina Andala) is threatening to leave unless she gets a pay rise. Liz is up for the job as Chief Constable of East Anglia Police. But after a heroic speech to the panel about wanting to improve the public’s perception of the police force, the news that the police are re-opening Walsh’s investigation couldn’t come at a worse time. Her mum says to Eugenia: “Ah you think butter wouldn’t melt, don’t you Eugenia? Well, I could tell you a thing or two about our Elizabeth that would make your hair turn grey.”

Fiona Grayson (Liz White) is a family therapist who lives in the idyllic Peak District with her partner Geoff and their two children, but it’s clear she’s concealing guilt about something, even though she counsels her own patients not to hide secrets. She finalises the purchase of a property for her new therapy clinic, but she isn’t as keen about the joint venture as her husband is. Why is she going along with her husband’s demands? Does he hold power over her because of her guilty past? She had an unhappy childhood and never knew her own parents, but we see her laying flowers at a mysterious joint grave. We also know she left the police force only 18 months after being posted to London’s Marylebone police station.

Successful businessman Dean Barton (Andy Nyman) seems happy with his wife Marnie (Lucy Speed) and his adult disabled son Jack (Rory Averdieck). He runs DB Atmospherics, which imports air conditioning systems and fundraises for charity. But his criminal past catches up with him when he gets a call from “Felix” who is calling in a favour, and needs help with a shipment at Calais. Despite saying he’s long out of the game, Dean makes a mysterious trip to France, where he picks up a van full of boxes and drives it nervously back through UK customs on a ferry. It’s clear he doesn’t want to ever hear from Felix again as he batters his phone with a stone and throws it into nearby water. Dean left the police a few months after his initial training in 1990.

The affluent-looking Ram Sidhu (Phaldut Sharma) was born in west London in the 1970s; he is a second-generation immigrant of a Punjabi Sikh family who has experienced racism throughout his life. He’s a DCI with the vice squad in Twickenham and is accused of being sexually inappropriate work, a claim he says is racially motivated. He vows to “f***ing destroy” the woman who accused him. His wife Anna (Calre Calbraith) is pregnant but the ultrasound operator is concerned after scanning the foetus and this has led to more tests being carried out. Did Ram face race discrimination while training to be a copper? Could that be a motive for the murder?

What lines of enquiry are yet to be explored?

The team need to locate Walsh’s missing head and hands urgently. Without them, it’s impossible to establish a cause of death.

Liz’s mum Eileen sounds like she could be a wealth of information. But what exactly does she know about her daughter to accuse her of having “balls of steel” to go for the top police job “in the circumstances”?

Why was Ram running after Walsh, according to a witness?

Does Walsh’s older brother Clive know anything? He was living in a squat with Walsh before he vanished. Jerome hasn’t seen him in years but is going to look for Christmas cards from his uncle to find out his address.

The team have also found a bunch of keys in Fogerty’s possessions with illegible writing on the keyring tags. Could they also bring much needed answers?

Unforgotten series four continues on Mondays at 9pm on ITV