WHEN I was younger, I viewed suicide as a wholly selfish act that removed the person involved from pain while simultaneously plunging their loved ones in to a relentless pit of “if only” despair.

But then my view changed, both through maturity and interviewing those who had wanted to take their own lives and either changed their minds at the last minute, were talked out of it, or failed.

I came to understand that, in their troubled minds, it feels like they are doing their loved ones a favour by removing, as they see it, such a worthless blight on their lives.

One woman — a mother — told me how she simply walked out of her house, got a train to London’s Victoria and boarded the first bus she saw.

It went to Bristol, where she found the nearest bridge and spent a long time staring in to the water below, contemplating throwing herself in and wondering whether it was enough to kill her.

She ended up in a church, tears pouring down her face.

The vicar noticed her, started a conversation and persuaded her all life has value and she must return home to her loved ones.

She wasn’t famous. She wasn’t under pressure at work. And there was no social media then.

She told me she simply felt worthless and that the lives of her friends and family would improve without her “issues” to deal with.

The DJ, Avicii, took his own life in 2018 because, his family said, he “wanted to find peace” after struggling with constant thoughts about “Meaning, Life, Happiness”.

Jonny Benjamin — founder of the charity Beyond Shame Beyond Stigma — was feeling the same way when, on January 13, 2008, he felt an “overwhelming, desperate need to find peace”, and climbed over the barrier of London’s Waterloo bridge as a stream of “seemingly oblivious” commuters trudged past him.

Except one — personal trainer Neil Laybourn, who struck up a conversation and suggested they go for a coffee.

This kindness formed the basis of Jonny’s 2018 autobiography The Stranger On The Bridge, and the pair have now set up a mental health charity to help others.

Jonny, who has schizoaffective disorder, dedicated his book to his parents with the message: “Please don’t blame yourselves.”

Because, of course, that’s exactly what those left behind do.

If only I’d been a better mother/father/brother/sister/daughter/son/friend . . .

But the truth is, when it comes to mental health issues, sufferers are usually surrounded by loved ones who have tried everything to help them.

Here's some advice from the Samaritans...

There are lots of things you can do to help yourself:

If you’ve stopped doing things you usually love, you’re tearful, not eating or sleeping properly, drifting from people close to you, taking alcohol or drugs to cope or self-harming, then talk to us, or someone you trust.

If you feel like any of the issues in this story affect you, please call Samaritans on 116 123. The number is free and available 24 hours a day, 365 days a year.

Jonny added: “It doesn’t matter what you’ve got, how successful you are, how talented, how much money, it could happen to anyone.

“All you experience is that intense pain in your head.

“You’re just so desperate to stop it, to end being a burden, and that’s the only way you know out of it.”

Someone else once described it to me as their mind being like a constantly churning washing machine that they just wanted to switch off.

Undoubtedly, the attention that fame brings — both online and off it — can be hard to deal with for someone who is already mentally fragile.

But the act of suicide is never wholly about who said or did what or when; it’s far more complex than that.

In the aftermath, blaming someone or something is perhaps understandable when it comes from those suffering deep pain at the loss of a person they genuinely knew and loved.

But from those who barely knew them . . . or knew them but didn’t bother much with them when they were alive . . . or didn’t know them at all — it’s all just white noise that adds nothing to the vital, ongoing conversation we should be having about the mental health crisis in this country.

Not least the pitiful funding that means ordinary people, unlike those with access to private care, have to wait weeks, sometimes months, for vital help when they are already at crisis point.

Getting professional help doesn’t always work, but at least it’s one less “if only” for loved ones to think about.

The Twitter storm about Caroline Flack’s death is already passing and the trolls, many of whom targeted her when she was alive, will already be looking for new pastures on which to dump their hatred while ironically preaching about kindness.

But for those who genuinely loved her, the pain is very real and they will struggle to move on from it.

Back in 2018, Jonny told me that after he had stepped down from the bridge, the police arrived and called his mother to say he had tried to kill himself.

He said: “I heard mum’s scream from the back seat of the car. I can still hear it to this day.”

He added that, through his charity, he met the mother of a young man who had taken his own life.

She said: “One of the hardest gifts to buy a child is a headstone. It’s the final gift.”

Heartbreaking. My deepest sympathy goes to Caroline’s poor family and close friends at this dreadful time, and to anyone else who is, or has been, in a similarly devastating situation.

If you are affected by any of the issues raised in this article, please call the Samaritans (free) on 116 123

ACTRESS Imelda Staunton has revisited her pet hate of noisy eaters in cinemas.

“A bloke came in with a big pack of Doritos and I just said to him, ‘What are you doing? You can’t eat those . . . either eat them now before the film or afterwards’.”

Quite right too. How many poignant moments have been punctured by someone munching their way through a skip of nachos or, worse, loudly slurping a vat of fizzy sugar?

Ironically, I remember the movie A Quiet Place – mostly acted, for those who don’t know, in total silence – being ruined by the man next to me eating what felt like a three-course meal.

So perhaps Imelda should take a leaf out of The Bloke’s book.

If someone carrying anything other than popcorn attempts to sit near us in the cinema, he leaps to his feet and shouts: “Jesus loves you! He’s in us all.”

It never fails to leave us in isolated splendour.

Tom's struggle is not Meg's

THE Duchess of Sussex’s half-brother, Thomas Markle Jr, says he’s sick of seeing her helping others but not her family.

“I am homeless and could have been under a bridge with a cardboard sign begging for money,” says Tom, of New Mexico. “But thankfully my mom has taken me in.”

Like most mothers would if their son was struggling.

But quite why a 53-year-old man should suddenly be the pastoral or financial responsibility of a half-sibling he never lived with and has publicly criticised is anyone’s guess. 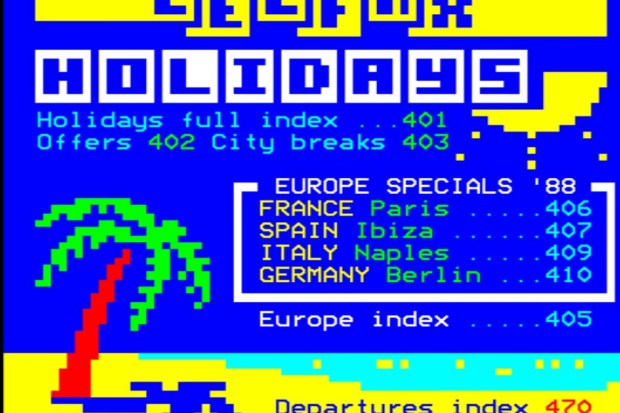 SOFTWARE engineer Peter Kwan has created an online system to keep the spirit of Ceefax alive.

And then you’d press the wrong button and it would move on to Wales or Yugoslavia.

And everyone under 50: “What the hell is she on about?”

Dominic in toon with PM

FOLLOWING his advert for “weirdos and misfits” to join him at Downing Street, the PM’s chief adviser Dominic Cummings has jokily suggested that navigating the controversial HS2 project might be a job for children’s cartoon characters PJ Masks.

There’s something of the cartoon character about Dominic himself, and then it struck me. 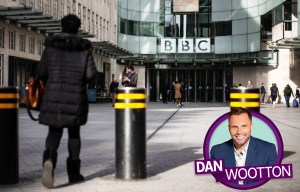 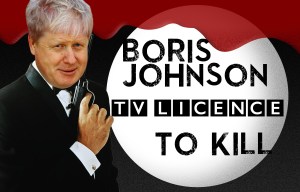 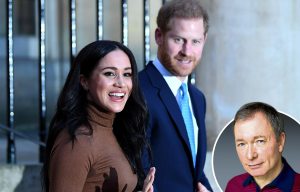 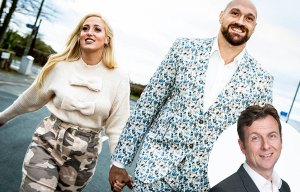 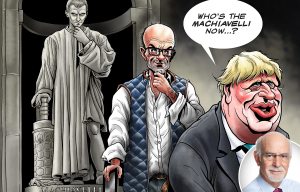 Too Much Coffee Man – the satirical superhero created by Shannon Wheeler who broods about politics, people and the state of the world.

According to one description, he is “capable of going into a manic paranoid frenzy in combat, allowing him to pulverise opponents” and he “rarely sleeps”. Uncanny.