TRAFFIC cops were stunned to spot a man on an e-scooter attempting to join traffic on a MOTORWAY.

Video shows the rider - who was travelling at around 15 miles per hour - sailing down the chevrons and towards cars going 70mph today.

But - fortunately for him - police managed to catch up to him before he swerved into the path of traffic.

And they said they were "shocked" when they spotted the fool on the M606 in Bradford.

"Officers on patrol were shocked to see this e-scooter on the chevrons trying to join a live motorway lane with 70mph traffic," one cop said.

"Privately-owned e-scooters cannot legally be used on a public road or pavement and only on private land."

M606, Bradford - Officers on patrol were shocked to see this E-Scooter on the chevrons trying to join a live motorway lane with 70mph traffic. Scooter seized and rider reported. Privately owned E-Scooters cannot legally be used on a public road/pavement and only on private land. pic.twitter.com/4SAYOuTUim

Amazingly, it's not the first time a rider has been spotted on a major motorway.

In March, police received reports of a man riding an electric scooter the wrong way on the M5 at Burnham-on-Sea in Somerset.

He'd taken the trip out during morning rush-hour.

But despite dashing to the scene, officers failed to find the rider.

And in January, a 34-year-old man was pulled over as he rode along the M1 at night in the rain.

Baffled cops stopped the man at 5.20am - before seizing the e scooter as it had no insurance.

South Yorkshire Police said in a tweet that the conditions were “pitch black, raining, poor visibility” - all ingredients for a “recipe for disaster”.

Under UK law, it’s permitted to ride an electric scooter on private land as long as you have the landowner’s permission.

But it’s an offence to ride them in public – including on paths, pavements and roads.

If you're caught riding an e-scooter without insurance you could receive an on-the-spot fine of £300 and six penalty points.

Riding without a licence could see you fined up to £1,000 and given points.

Police have warned: "While e-scooters are legally available to purchase, it’s currently against the law to ride a privately-owned e-scooter in any public place in the UK.

“This includes roads, pavements, parks, town centres or promenades. The only place a privately-owned e-scooter can be used is on private land.

“This is because e-scooters are classified as Personal Light Electric Vehicles (PLEVs) so they are treated as motor vehicles. 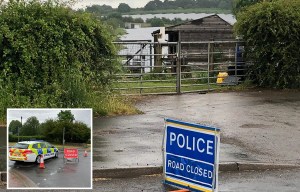 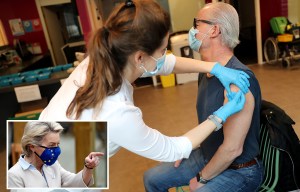 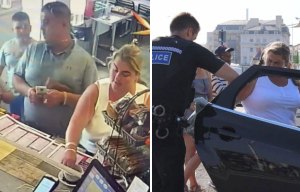 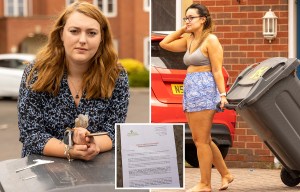 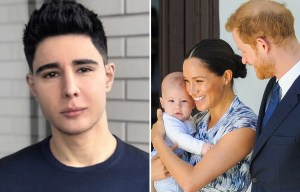 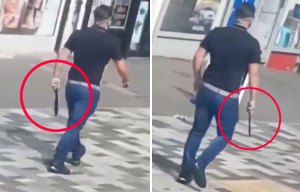 "As such, if they are used on a road, pavement or public place they are subject to the same legal requirements as any motor vehicle.

“We would also ask anyone using an e-scooter legally – i.e. on private land – to carefully consider their safety before doing so.

“All riders should wear a helmet and younger riders particularly would benefit from additional protective clothing such as knee and elbow pads to minimise injury should you come off.”

Just when we think we've seen it all...

Numerous calls from drivers reporting somebody riding up the M1 on an e-scooter!