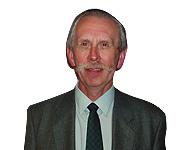 AN ULVERSTON town councillor has revealed he has been targeted by scam callers operating in another part of the county.

Norman Bishop-Rowe, Conservative councillor for the south ward of the town and a resident of Sands Road, said the callers rang his home yesterday morning just before nine o’clock.

He told The Mail: “I received a phone call at 8:56 this morning - which, as you can imagine, firstly, I wasn’t very happy about as it was before nine on a bank holiday.

“The person on the line purported to be from HMRC. He told me if I didn’t provide details I’d be served with a hefty fine.

“I know a woman in a neighbouring Furness town who was recently defrauded of £4,000 and also that a company in Ulverston recently lost several thousands of pounds to similar scam callers.

“So I’m certainly not the first to be targeted in the area.”

Cllr Bishop-Rowe urged residents to be vigilant and to refer any suspicious calls like it to the authorities.

“It’s a Carlisle number,” he said. “I’ve reported it to Action Fraud and the police and I’d advise others to do so.”

Tonali passes poorly, fails in defense and loses the competition in Milan, and Pirlo calls him perfect and puts him above himself
Edouard Mendy: I am Chelsea's first African goalkeeper. It's a big responsibility
Marcelo will not play Betis due to back discomfort
We want to make sports shopping better. Become a part of our research focus group!
Claudio Bravo: In Barca and Manchester City, the goalkeeper should be a Central defender
Barca were offered Cavani and Dzeko. The club rejected them
West ham offered 23+10 million pounds for defender fofan. Saint-Etienne refused
Source https://www.thewestmorlandgazette.co.uk/news/18474378.ulverston-councillor-warns-scam-callers-targeted-bank-holiday-monday/?ref=rss