Winds are likely to get up to 70 mph in western and southern coastal counties, while further inland gusts may well reach as high as 60 mph. The gale force winds are expected to bring disruption both on land and sea, as well as cause some structural damage. The Met office is warning residents to secure “any loose items” left outdoors before the storm arrives.

Netweather’s Paul Michaelwhite said: “Sunday will see blustery and at times wintry showers from the off across the north and west of the country.

“Further south and east, once the early rain clears it'll be a drier picture initially, but some of those showers will filter through during the day.

“It'll not take long for the winds to pick up as Atiyah arrives either. 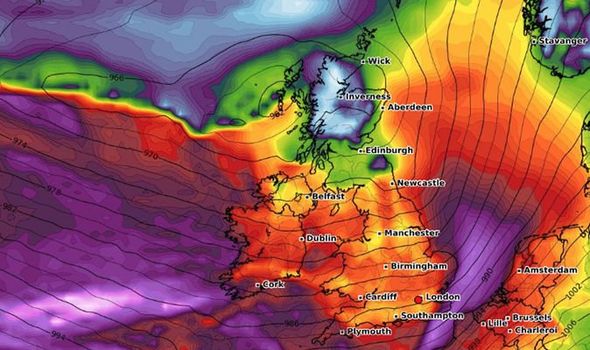 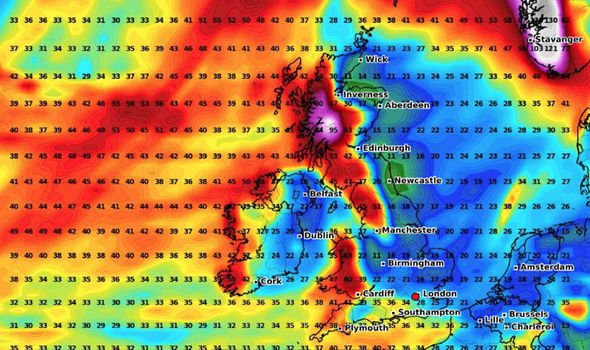 “Western and southern coastal counties of England and Wales will soon get in on the act though, with gusts likely to peak at 60-70mph here, and up to 60mph inland.

“Warnings have been issued by both Met Eireann and the UK Met Office for strong winds, with the risk of disruption both on land and sea.”

Scotland’s west coast will be battered by 28ft waves, while further offshore waves could reach 40ft.

JUST IN: Joshua vs Ruiz 2 in danger of being postponed due to extreme weather

Heavier rain and squally winds will be the order of the day, bringing the threat of localised flooding in the west, before temperatures drop on Wednesday, turning the rain to sleet and snow on higher ground.

Voters will be hampered by more wind and rain on Thursday, as Britain goes to the polls.

A chill from Canada follows by the weekend, with snow threatening the Midlands on the following days. 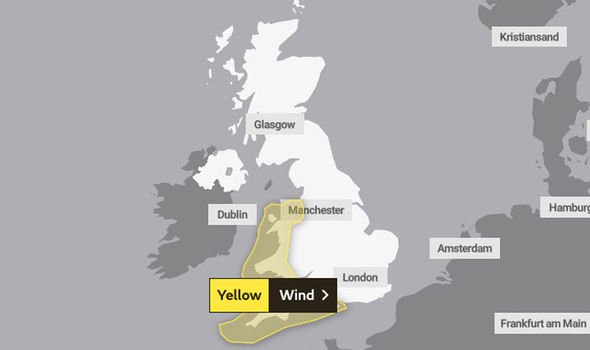 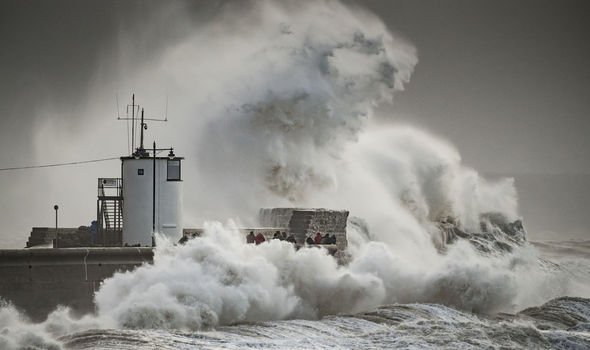 Manchester United have spoken to Teles' agents. The player will insist on leaving Porto
Andy Robertson: everybody was saying that we will never get around the city. Last season we proved everything
Manchester City will pay around 50 million euros for Sevilla defender Kunde
English clubs doubt that you need to get down on one knee before every match. They believe that this action loses its meaning
Gundogan about the APL: It's hard to score 100 or 98 points every year, but we need to if we want to fight for all the titles
Havertz on Klopp: a Great coach. He has achieved a lot at Liverpool, but is hungry to win and wants to win even more
Zinedine Zidane: Real Madrid will have a chance to win trophies if we play as we did after the quarantine
Source https://www.express.co.uk/news/weather/1214476/uk-weather-forecast-storm-atiyah-met-office-weather-warning-latest-update-rain-snow-wind?utm_source=feedburner&utm_medium=feed&utm_campaign=Feed%3A+daily-express-news-showbiz+%28Express+%3A%3A+News+%2F+Showbiz+Feed%29

Mum on a budget creates chic nursery that won't date

Bundle up: Britons urged to embrace an alfresco Covid winter