The bitter cold snap is set to strike as northwesterly winds brings two separate weather systems across the UK in December and January. Netweather.tv long-range forecaster Ian Simpson expects northern parts of the UK to be hit “most frequently” with snow showers. Southern parts of the UK will also not escape the winterly conditions as unsettled conditions brings mild and cold snaps into the new year.

Mr Simpson said: “There is reasonably high confidence that December and January will be dominated mainly by westerly winds, bringing changeable weather and generally mild temperatures especially to the south.

“There is less confidence in the forecast for January than for December, but the signals point mostly to a continuation of the west to north-westerly type, though January may be a little less unsettled overall than December.

“However, there is also a likelihood of short-lived cold snaps, especially in the case of December. 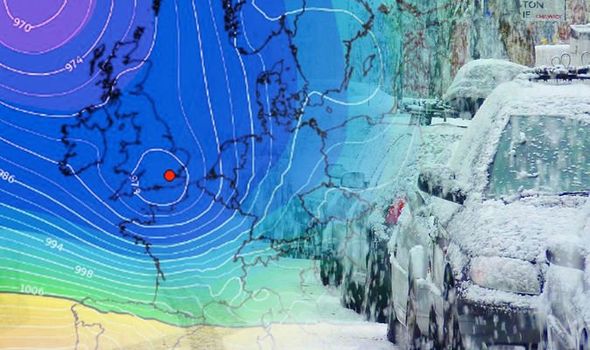 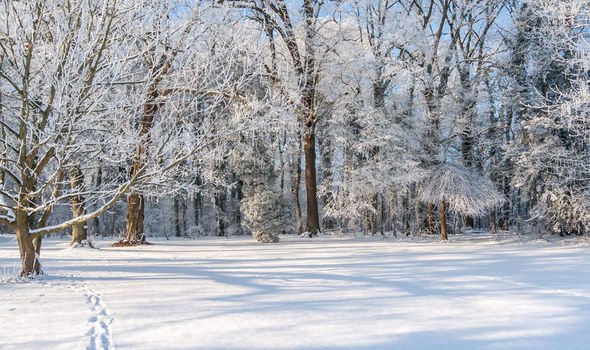 UK weather forecast: The north of England could see the worst of the conditions (Image: GETTY)

“These will come mainly from north-westerly and northerly winds and will affect northern areas most frequently.

He added: “With the Arctic sea ice edge looking set to be close to the long-term average in the Barents and Kara seas, any northerlies that we do get will tend to be relatively potent for recent years.

“As a result, snow events will probably be quite frequent in the north, but lying snow at low levels will tend to be short lived due to the mobile nature of the pattern which will lead to alternating mild and cold spells. 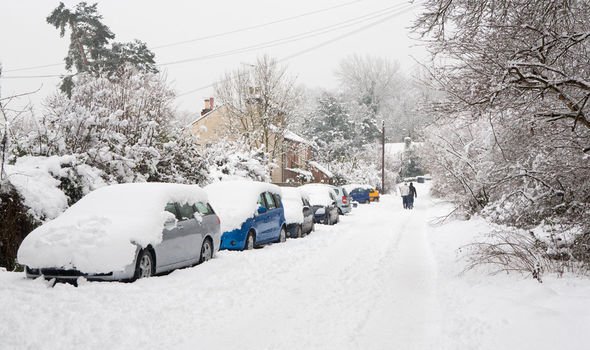 “There is less confidence in southern areas seeing much snow at low levels, but it cannot be ruled out.”

Ahead of the anticipated wintery flurry, storms are expected to hit parts of the UK with the next 48 hours.

The Met Office has issued two yellow weather warnings for heavy rain and flooding across the south west of England and Wales. 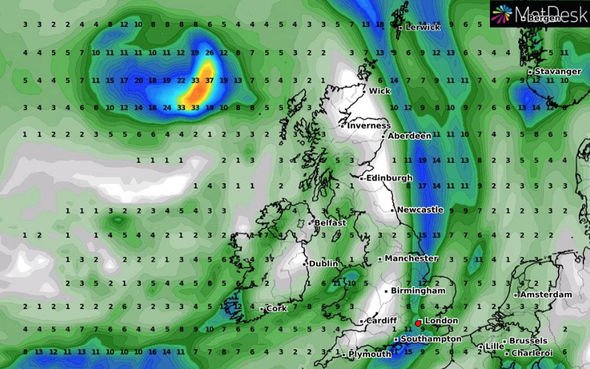 Weather warning: Britain is to be by storms over the next 48 hours (Image: WXCHARTS) 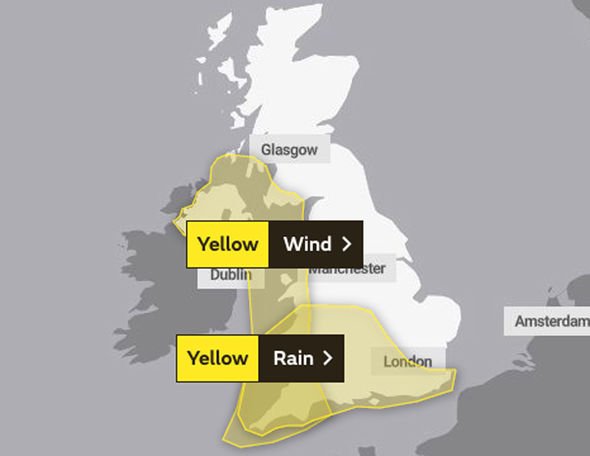 Further weather warnings are in place for parts of southern England on Friday and Saturday with winds of up to 70mph.

Bonnie Diamond, a meteorologist with the Met Office said: “It looks like quite a broad area of southern England is likely to get quite a lot of wet weather over the next couple of days and there could be local impact in terms of flooding with that amount of rain over consecutive days.” 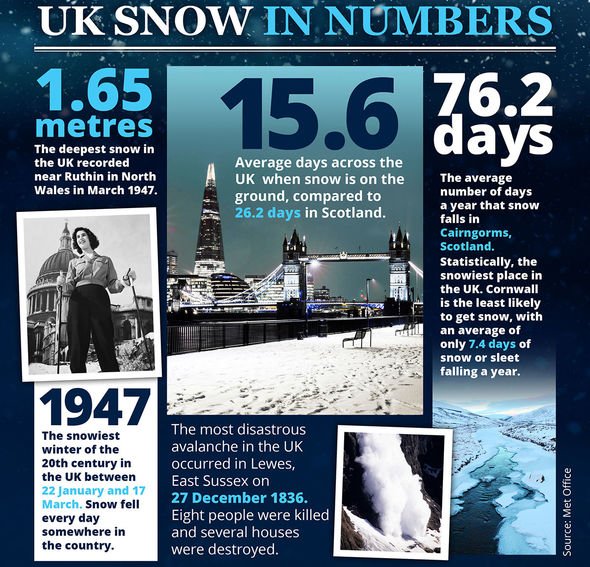 Meanwhile, the Environment Agency has 10 flood warnings in place today , in areas of Lincolnshire and west and southwest England.

Ms Diamond said it is too early to predict the weather for Christmas Day but temperatures are expected to reach up to 11C in some places over the weekend.

She said: “Into the weekend, things are going to settle down a little bit, compared to the heavy rain and strong winds, with some signs that drier, quieter weather might become established around Christmas Day.”