Forecasters have warned low pressure from the Atlantic will bring wet and windy conditions from Sunday onwards. And when the pressure system mixes with freezing temperatures of around -3C in north-western parts of Scotland, it will result in snow falling. Jo Farrow, a forecaster at Netweather.tv, said: “The main low pressure governing this change is already heading towards Iceland today.

“Various low centres develop near to Iceland and southern Greenland, throwing frontal rain and colder air down over the UK on Sunday.

“A secondary low develops during Monday heading out into the North Sea for the start of Tuesday and this has had some interest.

“Next week really will be quite different; windy, unsettled, rain or hill snow on showers whizzing in from the west.

“Much more mobile than the current settled, steady and often grey conditions.” 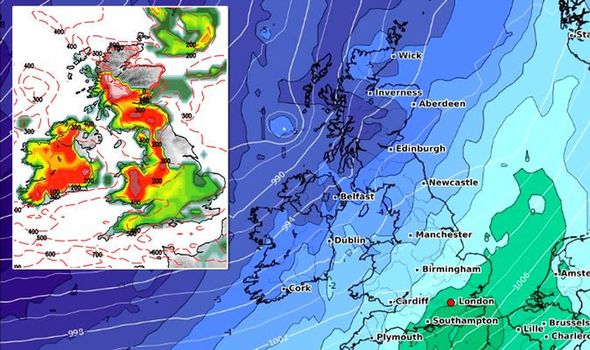 The UK will be blasted by snow this weekend (Image: WX CHARTS/NETWEATHER) 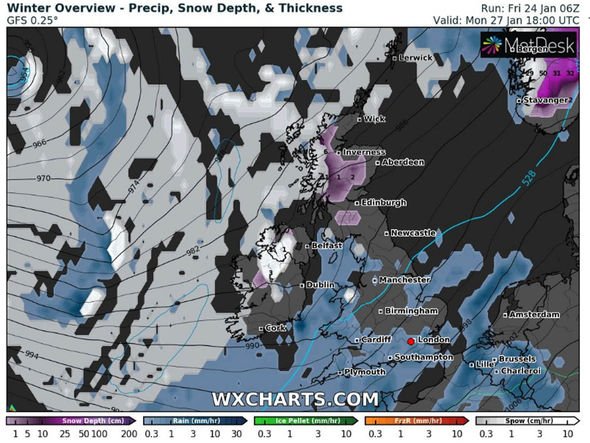 Ms Farrow added this weekend will feel particularly freezing due to the cold front sweeping around southern areas.

She said: “Saturday starts off grey and dry for most, mild again with light winds in the south but more of a breeze picking up in the north.

“In the southerly flow, temperatures will be around 7C with a few showers for Cornwall, Devon and up to the Solway Firth.

“The cold front lurks over the Western Isles but for most, it’s a fair, settled Saturday, just rather grey. 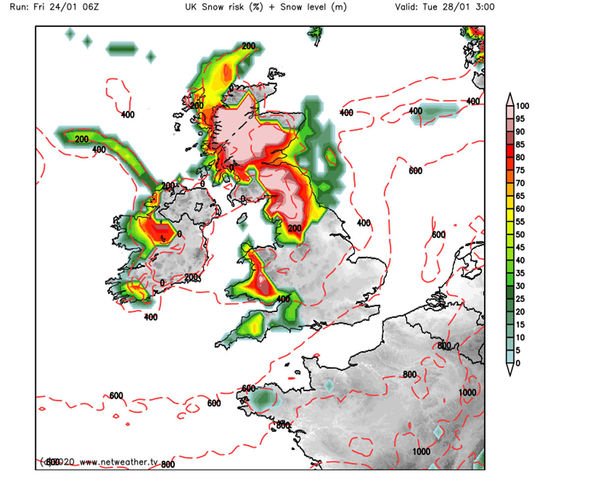 “By Sunday a cold front will be sweeping in from the Atlantic bringing rain and a little snow for the highest hills and mountains.

“The wind picks up although the rain band may take its time to reach South east England. Behind the rain, there will be colder air.”

The Met Office has also forecast wintry weather next week.

It said: “The rather cloudy theme continues on Saturday. 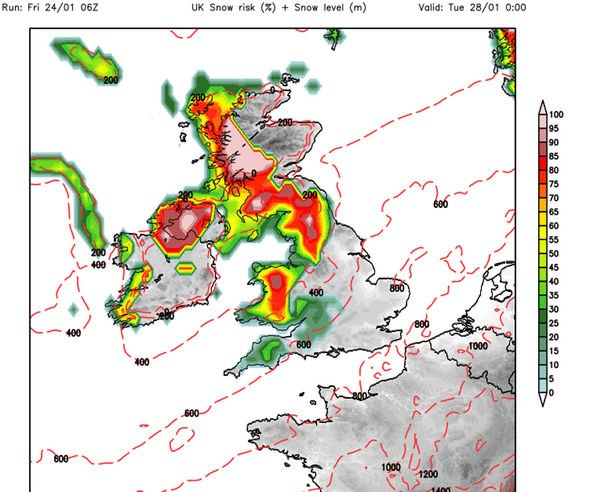 Temperatures will be around -3C in north-western parts of Scotland (Image: NETWEATHER)

“Some drizzle in places, particularly across the south, whilst a few showers affect parts of the south-west.

“From Sunday to Tuesday, rain will sweep across all parts, then Monday and Tuesday brighter with showers, heavy and wintry in the north. Windier than of late with a risk of gales.”

Meanwhile, this evening will be grey and overcast for many areas with mist and patches of fog developing, according to Meteogroup. 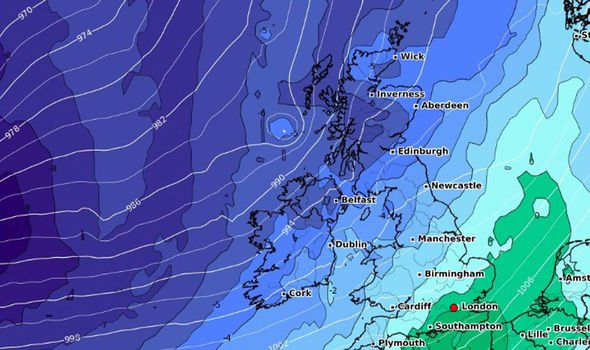 From Sunday to Tuesday, rain will sweep across all parts (Image: WXCHARTS) 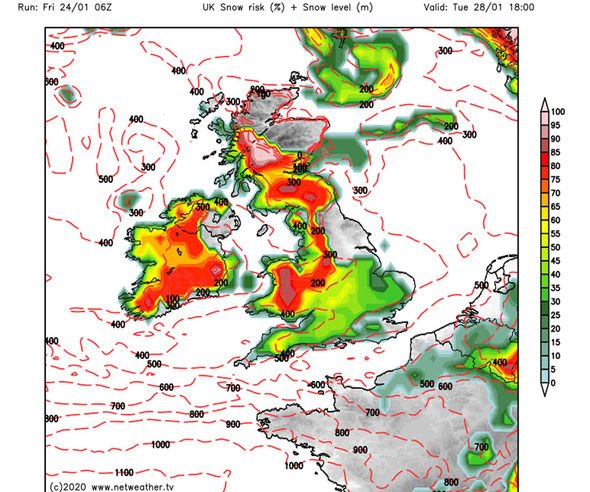 The cold front will lurk over the Western Isles (Image: NETWEATHER)

The weather forecaster said: “There will be patchy light rain and drizzle in northern and western Scotland. Mostly cloudy after midnight but fog is likely in southern England, especially south-east England.

“Tomorrow will be mostly dry and cloudy once fog clears southern and south-east England.

“There will be a few bright spells in the east but western areas will be cloudy with a few spots of rain or drizzle, especially around coasts and hills. Rain later in the far north-west of Scotland.

“On Sunday it will be mostly cloudy as a band of rain sweeps eastwards across Great Britain. Scotland, Northern Ireland and western parts of England and Wales will become bright but chilly later.

“Monday will be bright for most with a risk of wintry showers in the north and west.”