The Met Office has issued two weather warnings for snow and ice across large parts of the UK from 10pm last night. The first yellow warning is in force across western Scotland, Northern Ireland and as far south as the Midlands, with forecasters warning up to 3cm of snow overnight. Hail, sleet and snow will continue to devastate the UK and push further south by the morning.

A second warning is in place across large parts of the south of England and will reach as far south as St Albans - just north of London.

The weather warning is in force from Midnight until 12pm on Thursday and the Met Office has said the most affected areas will include Northamptonshire, Essex, Hertfordshire, Buckinghamshire, Swindon and Carmarthenshire.

The weather system predicts a 90 percent chance of snow fall across those regions from 6am on Thursday morning. 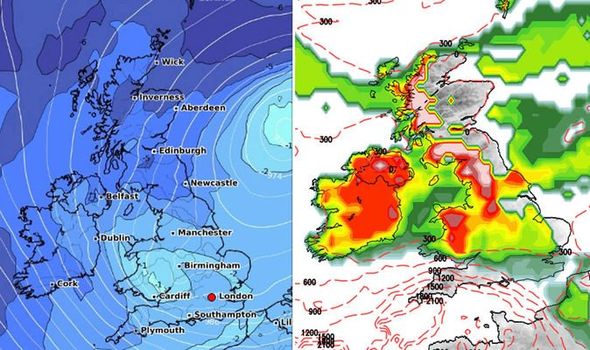 UK weather forecast: Britain is set to be battered by snow showers from tonight (Image: WXCHARTS/NETWEATHER) 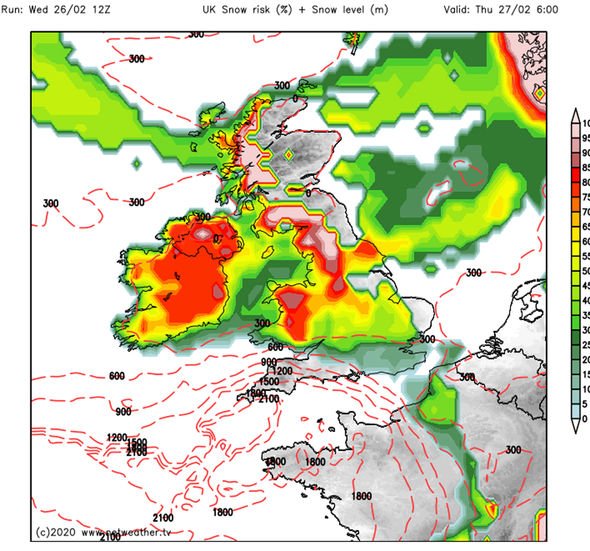 By the morning rush hour, the weather system will continue to push southwards with the midlands set to be the worst effected, and the south east at a 50 percent chance of snow fall by 9am.

“North of the M4 some of that rain could fall as snow tomorrow, especially in high areas.

“Commuters in the south could see snow and sleet falling but that is unlikely to settle on the roads.” 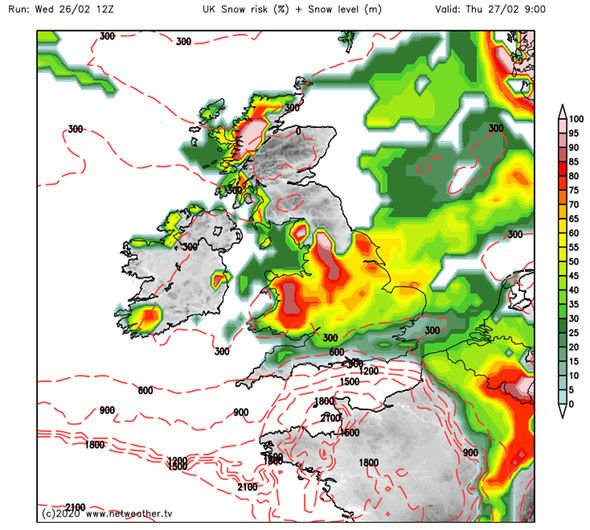 The low-pressure weather system is pushing cold air across Britain from the Atlantic.

Overnight temperatures across the UK will remain extremely cold with lows of -5C in Scotland, 0C in the North and 2C London. 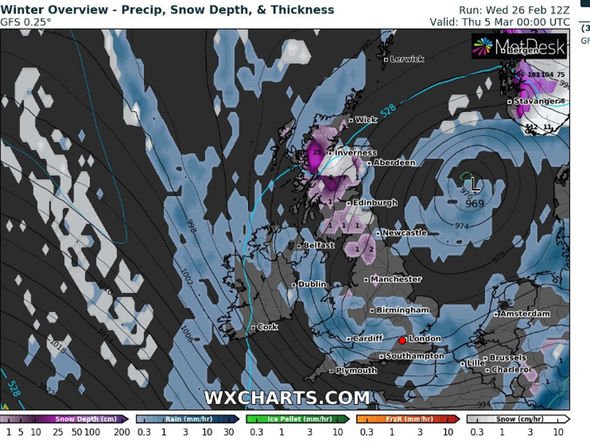 UK weather forecast: Snow showers are set to be the heaviest across Scotland (Image: WXCHARTS) 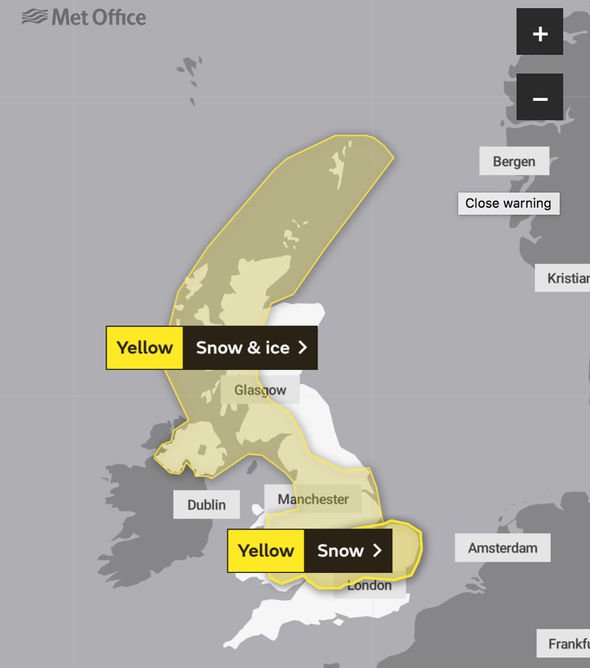 “There will be more snow showers from the west before the first low pressure heads in.”

The forecaster said the Midlands, northern England, Wales will “most likely” see some snow at some point tomorrow.

She added: “Any low moving in could be a little further north or south as it passes by.

“The precipitation from this will fall as rain/sleet and snow, it is where that is the issue. 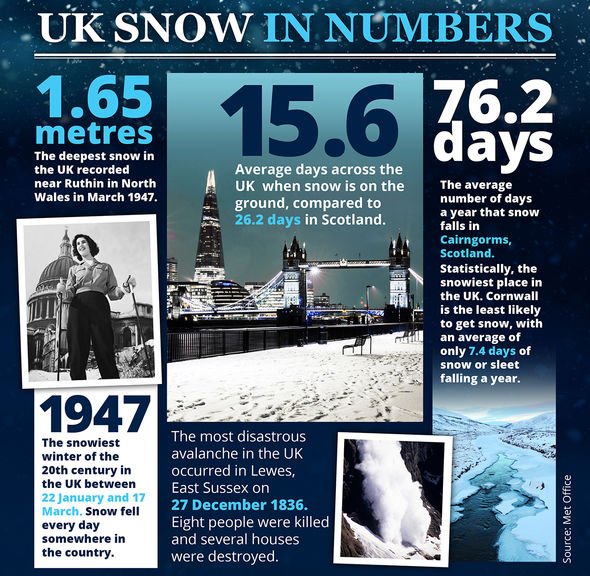 “Any snow falling on southern Britain for a morning rush will cause issues.”

Ms Farrow warned the worst of the condition will head towards Britain from the Atlantic from Thursday morning onwards.

A new cold blast from the Atlantic is then set to smash the UK from Friday going into the weekend.

Ms Farrow said: “Looking ahead there is a low pressure heading towards southern Britain early Thursday which is causing some interest.

“It will come up against the cold night air and so there is the risk of snow, more on that later.

“Then another Atlantic system moves in Friday and sticks around for the weekend, yes that is more wet and windy weather for the UK.”