Worrying weather maps from WXCharts have revealed a massive storm could be heading straight to the UK for New Year’s Eve. The latest map shows a cyclone bringing winds of 65mph to Britain from a south-westerly direction.

WXCharts maps also show snow could fall in some parts of the country on the last day of the year.

Although it mainly looks like the wintry conditions will stay in Scotland, the maps are showing potential snow in the North of England and Wales as well.

In the Met Office’s latest long range weather forecast, the agency says the Christmas period looks likely to start “rather unsettled” and “windy.”

In the forecast, lasting from December 24 to January 2, the Met Office said: “It looks likely to start rather unsettled and possibly windy, with further showers or perhaps some longer spells of rain in places, but also drier brighter interludes. 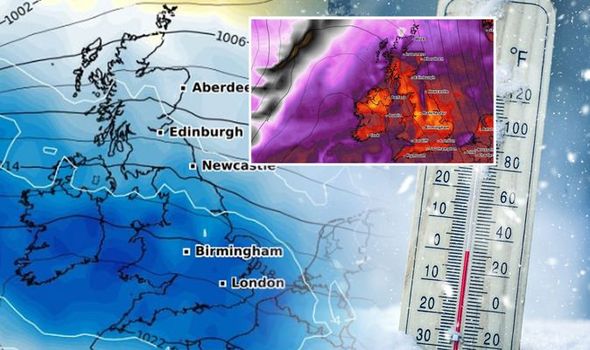 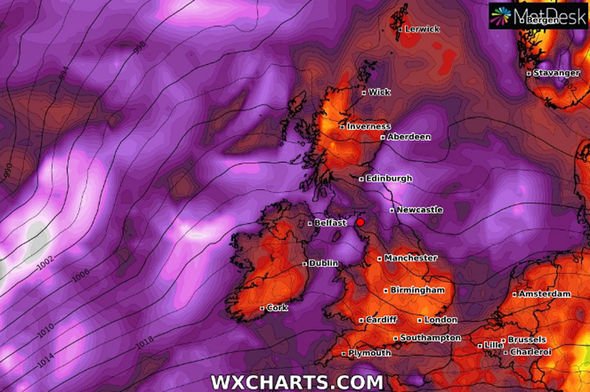 “However, after a mostly mild start to next week, there are signs that the weather may become drier and quieter, at least for a time, around Christmas, with an increased risk of frost and patchy fog.

“How long any such quieter, somewhat colder spell lasts is very uncertain, but there is a possibility that it could last to the end of next week.

“However it seems more likely that the weather will become more changeable again with near normal temperatures, particularly in the north and west, with more spells of rain and strong winds. 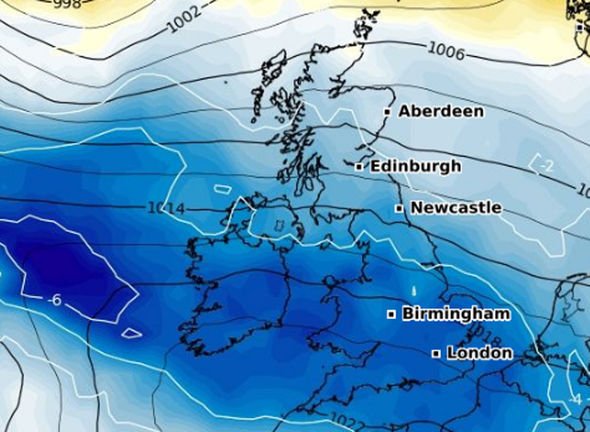 Bookies have revealed new odds for a White Christmas in the UK.

According to Ladbrokes, odds have been cut from 4/9 to just 1/3 on snow falling anywhere in the UK on Christmas Day.

The Scottish cities of Edinburgh and Glasgow chalked up as the most likely destinations to see snow at 4/1 apiece.

Elsewhere, 8/1 is the price on offer for snow to fall in London on December 25.

Alex Apati of Ladbrokes said: “Punters dreaming of a White Christmas will be cashing in if the latest odds are anything to go by.” 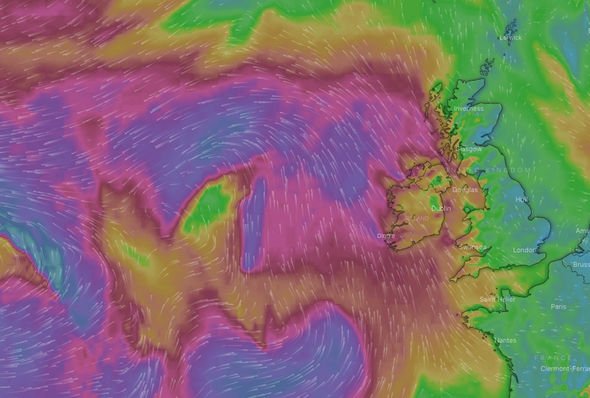 River search near Bishop Auckland- public urged to stay away

Josh Wright: Floods have me wishing I’d left seed in the shed

Why Scottish Tories are warming to independence – Helen Martin

Jim McMahon: Onus is on taxpayer to comply with new CGT rules

Ioan Gruffudd on sexism, Weinstein and his distressing new role: ‘I found myself crying’

Charlie Wyke on his relief at Bristol Rovers goal, and staying fit to help Sunderland

Caroline Flack has left an indelible impression on my conscience. We must act – Christine Jardine

The vulnerable Rossendale tenants 'living in fear' over anti-social behaviour

Can you name pupils from the Class of 51?