Two days earlier, Typhoons were similar deployed to intercept an Il-20 COOT A, also over the waterway.

A Typhoon pilot from 6 Squadron, attached to 135 Expeditionary Air Wing, was conducting Quick Reaction Alert duty when the scramble was called, a statement issued by the RAF explained.

Comparing it with Tuesday's operation, he said: “This mission was more complex, as there were more aircraft to manage of different types and flying at different speeds. 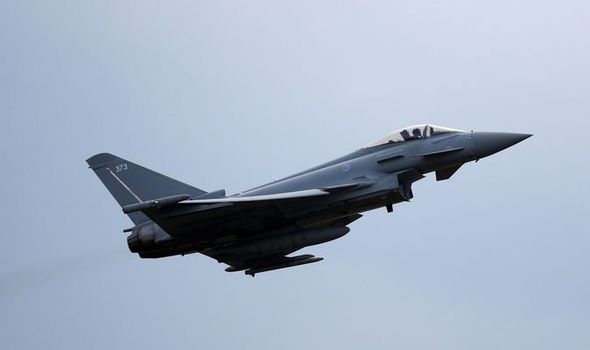 One of the Typhoons takes off to track down the Russian aircraft (Image: RAF) 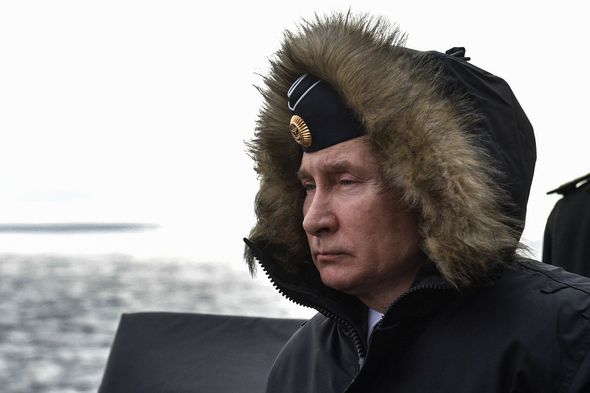 "We are always ready to react in support of the NATO mission.”

The Typhoon aircraft approached the Russian formation and identified it as consisting of an ISR aircraft escorted by two fighters. 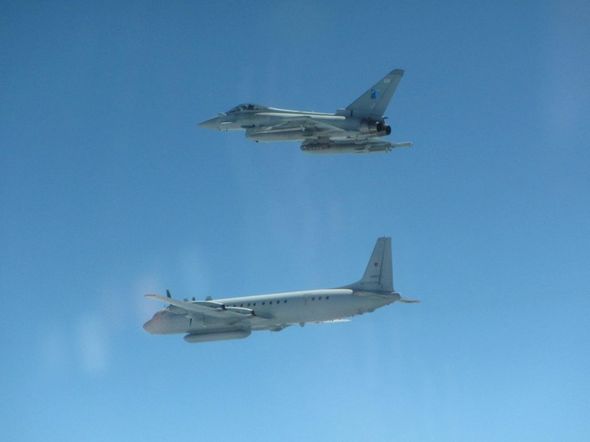 "This remains routine activity, however it must be stressed that the RAF as part of NATO are conducting these activities to ensure that all flights are conducted within internationally accepted aviation rules.

"When this does not happen NATO will intercept and investigate.”

Mr Duguid added: “I congratulate all of our deployed personnel in Lithuania for the professional way that they are conducting the mission in conjunction with our Lithuanian and Spanish Allies, they bring great credit to the service.” 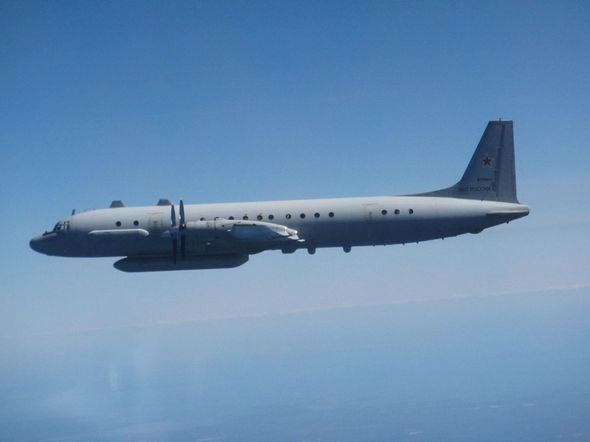 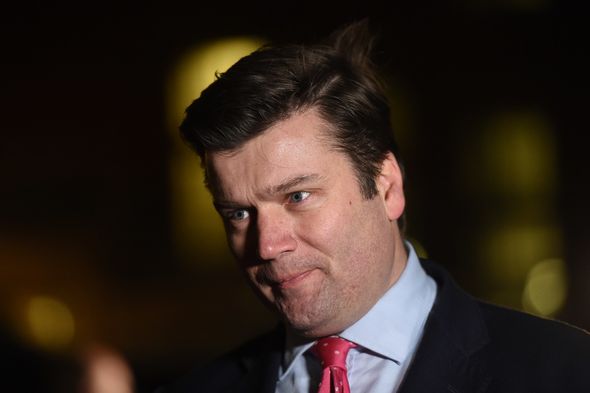 The operation is part of the routine NATO Air Policing mission which has been conducted to police the skies since 2004.

Mr Heappey said: “The UK’s commitment to NATO is as strong as ever.

"Our Typhoon Force is playing a key part in support of the alliance’s air policing operations and our friends in Lithuania. 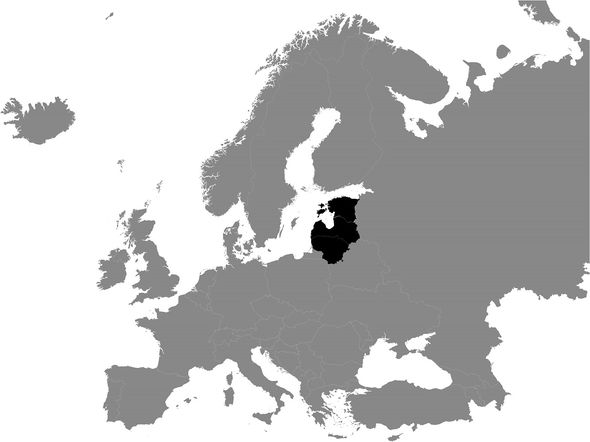 The Baltic region is regarded as important strategically but both Russia and the West (Image: GETTY)

The RAF contribution to NATO deployments supports efforts to reassure the UK's allies and demonstrates the nation’s wider commitment to the security of the region.

The Baltic region is a source of significant tension between the West and Russia.

All three Baltic states - Estonia, Lithuania and Latvia - are former Soviet republics which are now members of NATO. 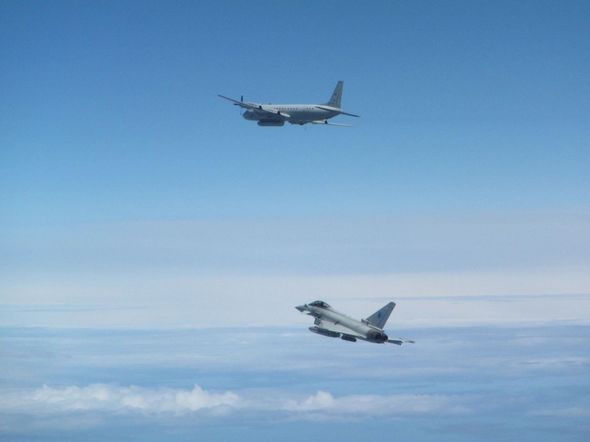 It was the second incident over the Baltic in three days (Image: RAF)

Mr Shoigu said the area was “still facing the most threat for the military security of Russia” but insisted the drills were “purely defensive”.

Last year, a total of nine vessels were sent to the Baltic region in what the Royal Navy called the “first act” of a two-month mission known as Operation Baltic Protector, intended to demonstrate the determination of the UK and its allies to defend the sea, as well as countries which border it.

Director of Tambov that Melkadze will not play with Spartak: we do not have a free 3-5 million rubles
Juventus wanted to swap Ramsey for Ntombela. Tottenham refused
Klopp on players who have played less than 5 matches: They will receive a gold medal. If you are not from the Premier League, something from me
Messi may move to Manchester City (Fox Sports)
Salihamidžić on the transfer San to Bavaria: It can make the difference in the game. Now we have top-level variability on our flanks
Cavani is close to a contract with Roma
Balotelli can move to Boca juniors
Source https://www.express.co.uk/news/world/1292163/UK-russia-latest-RAF-fighter-jets-planes-baltic-sea-vladimir-putin-world-war-3?utm_source=feedburner&utm_medium=feed&utm_campaign=Feed%3A+daily-express-news-showbiz+%28Express+%3A%3A+News+%2F+Showbiz+Feed%29

Denial of responsibility! The World News is an automatic aggregator of the all world's media. In each material the author and a hyperlink to the primary source are specified. All trademarks belong to their rightful owners, all materials to their authors. If you are the owner of the content and do not want us to publish your materials, please contact us by email [email protected]worldnews.net. The content will be deleted within 24 hours.