THE UK’S true coronavirus death toll has now passed 57,000, data from the Office for National Statistics (ONS) has revealed.

Figures released this morning show that there have been over 15,000 more deaths than the official figure of 41,778 released by the government.

Up to the week ending September 11, the ONS states that there has been 52,513 deaths in England and Wales involving Covid-19.

These deaths had all been registered by September 19.

In Scotland, figures published by the National Records for Scotland revealed that there had been 4,236 deaths involving Covid-19 up to September 13.

Together, these figures mean that so far 57,636 deaths have been registered in the UK where Covid-19 was mentioned on the death certificate, including suspected cases.

In total the number of deaths registered in England and Wales in the week ending September 11 was 9,811.

This was 2,072 deaths higher than last week.

Deaths by the coronavirus accounted for just one per cent of deaths across England and Wales.

The ONS said: "This is the second lowest number of deaths involving Covid-19 since Week 12; this is an increase of 21 deaths compared with Week 36 (26.9 per cent increase)."

The figures come after last week it was revealed that that the flu is still killing more people than the coronavirus.

This week the ONS said that in England and Wales 12.5 per cent of all deaths mentioned the flu and pneumonia, Covid-19 or both - compared to 12.3 per cent last week.

It added: "Influenza and Pneumonia has been included for comparison, as a well-understood cause of death involving respiratory infection that is likely to have somewhat similar risk factors to Covid-19".

Deaths rates in England and Wales that didn't involve the coronavirus are currently above the five year average.

This week the number of deaths involving Covid increased or remained at similar levels across all age groups.

Deaths from the virus remained highest in the older age groups with those aged 80 and over accounting for the highest number of deaths with 51.5 per cent.

More than seven in ten under-65s who died of Covid during the peak caught the bug before lockdown.

Separate ONS data shows 5,330 working age people were killed by the virus between March and June.

But 3,839 of these cases – 72 per cent – had picked up the illness before Boris Johnson announced a national lockdown on March 23

Ben Humberstone, Deputy Director of Health Analysis and Life Events at ONS, said: “Today’s analysis looks at how deaths involving the coronavirus by occupation differed before and during the lockdown.

“We found that 72 per cent of the total deaths involving Covid in the working age population occurred due to an infection that was likely acquired before lockdown was announced on March 23 2020.”

Data from the ONS also revealed that in the last week there has been just one death in Wales from the coronavirus.

It also showed that deaths related to the virus have been highest in the North West.

The ONS stated that 30 people had died in the region from the virus and that this accounted for 2.4 per cent of all Covid deaths nationally.

The report stated: "The number of deaths registered in Week 37 was higher than the five-year average in all English regions except for the North West, which was slightly below (2.9 per cent).

"In Wales, the number of deaths registered in Week 37 was 0.2 per cent (one death) higher than the five-year average".

Looking specifically at where deaths from Covid-19 occurred and the data revealed that 63.4 per cent of deaths occurred in hospitals since the beginning of the year.

Year to date analysis from the ONS stated that the remainder of deaths occurred in care homes, with 15,529 deaths happening in care settings.

Private homes accounted for 2,492 deaths, hospices 751, communal establishments, 224 and 203 had been accounted elsewhere. 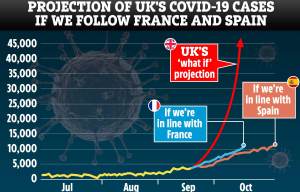 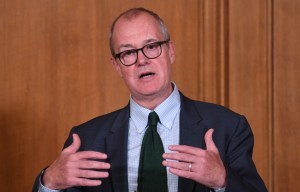 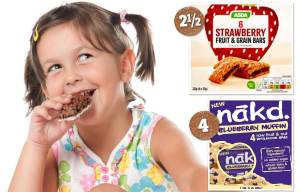 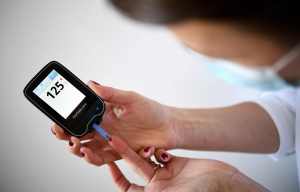 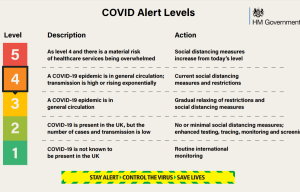 Looking at figures for the last week the ONS stated: "Between Weeks 36 and 37, the number of deaths involving Covid-19 increased in hospitals and care homes (by 13 deaths and 10 deaths respectively) and decreased or remained similar in all other settings.

"Deaths involving Covid-19 in hospitals as a proportion of all deaths in hospitals remained the same as Week 36, at 1.6 per cent.

The Messi Foundation won a lawsuit against the ABC newspaper. They wrote about the organization's tax fraud
Mbappe announced the death of 8-year-old Luca, who was battling cancer. The striker dedicated a goal to him on Saturday
Lippi finished his career as a coach. He won the 2006 world Cup with the Italian national team
Acts Kolisevski: Pirlo's perfect, because that gives us confidence. He is not afraid to produce young players
Laudrup on Hazard's injuries: it's sad to see months go by for such an outstanding player
The journalist apologized for statements to Fati: I wanted to extol the beauty of his movements
Khabib on meeting with Ronaldo: I was wondering how he keeps this fire going for 17 years. Motivation, discipline, as I understand it
Source https://www.thesun.co.uk/news/12734957/uks-covid-death-toll-57000-15000-more-official-fig/

Girl, 6, had to be hypnotised to wean her off chicken nuggets

Lebanon's Hariri returns as prime minister - one year after protests forced him out: 'It's a massive step back'

45 Covid-19 patients have died at Wigan Infirmary this month

How to support the 2020 Poppy Appeal

Tumult at Nigeria prison after days of anti-police protests

What Sunderland fans can expect from new boy Callum McFadzean

Seinfeld: Julia Louis-Dreyfus and cast to reunite for fundraiser to turn Texas into a Democratic state

Marcus Rashford should set up a rival test and trace that works just as badly. Maybe then kids could eat this winter

Outpouring of love and tributes for 'wonderful' Blackburn teacher

Finance assistant who stole £27,000 from school where she worked loses pension

Students jump from windows after security called to 'gathering'

Coronavirus: These are the treatments that work and those which don't?