British summers are famed for their poor weather, this year has seen extreme heat followed by heavy downpours. Scenes of flooded roads and tube stations in the capital have gone viral on social media. Will other parts of the UK see similar scenes? Should Brits brace themselves for floods soon?

Most brits will face a drop in temperatures and rain this weekend.

A cluster of thundery showers are forecast to hit the UK.

What flood warnings are in place today?

The Met Office has issued one flood alert for today. 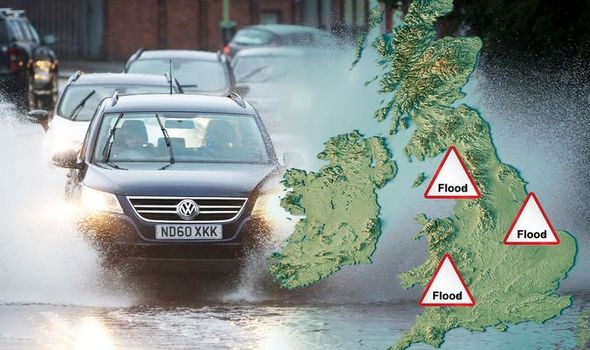 The amber alert covers parts of the Isle of Wight.

The Met Office warns that water levels in the upper Easter Yar could rise and breach their banks due to recent exceptional rainfall.

The Met Office warns that for areas along the river “Flooding is possible - be prepared”.

Towns such as St Helens and parts of Bembridge should be prepared for flooding. 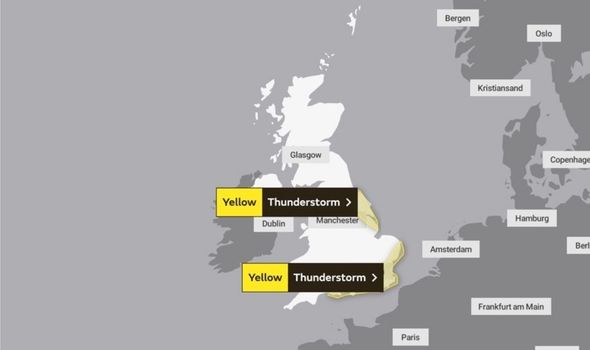 The Met Office say: “Today should be generally dry with some showers but Saturday and Sunday may see sporadic heavier showers and this will continue into Monday.

“The river will be very sensitive to significant rainfall and isolated heavy showers may cause some further surface water ponding.

“Please remain prepared for potential impacts over the next four days.”

This alert is not as severe as a warning, there are currently no flood warnings in force. 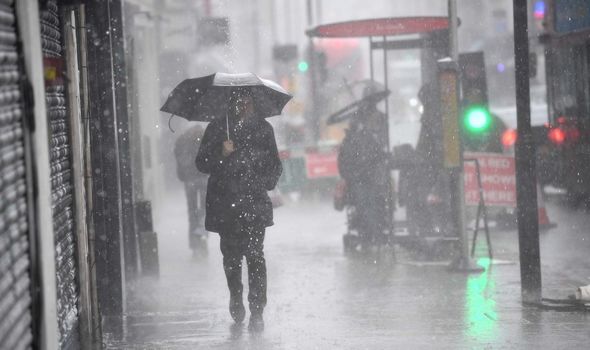 A flood warning has been removed in the last 24 hours by the Met Office as the risk of flooding has diminished.

The flood warning which covered the Somerset coast at Porlock Weir has been removed.

Last week the West Country faced some of the heaviest downpours.

Despite heavy rains gripping much of the UK the forecast for the next five days looks positive. 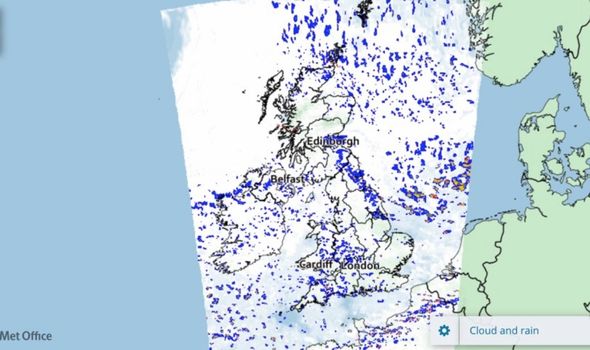 From Friday July 30 to Tuesday 3 August the risk of flooding remains “very low”.

This could lead to land, roads and some properties being flooding there may be travel disruption.

Flooding may not be an issue but the Met Office has issued a yellow thunderstorm warning for parts of the UK today.

Concerns over Storm Evert which if forecast to hit the UK today was lead to wind warnings being issued.

Yellow thunderstorm warnings cover parts of the southern coast from Weymouth stretching to the East Anglian coast, as far along as Great Yarmouth.

A second warning covers the coast from Skegness to Middlesbrough.