CONOR McGREGOR will be given the green light to make his return behind closed doors - even with the UFC losing millions on ticket sales.

The Irishman has not fought since January, when he brought in £10m through the gate as 16,678 people watched him in Las Vegas.

But having accepted a rematch against Dustin Poirier, which will come 12 months after beating Donald Cerrone in 40 seconds, the landscape has changed.

The UFC have continued to press forward during the pandemic, with UFC 254 on Saturday marking their SIXTH pay-per-view during the coronavirus crisis.

All of which have been without a paying crowd, and they refuse to lose momentum while waiting for fans to return, even ahead of McGregor's comeback.

"Right now you see a lot of chatter about Conor and Poirier.

"Nothing is going to be different other than our inability to sell tickets and that's not going to slow us down.

"Yes, ticket sales are a very important element of our business and obviously the live event setting for our fans is one of the most emotional and visceral connection points fans can have with our sport.

"But that's not going to slow us down. 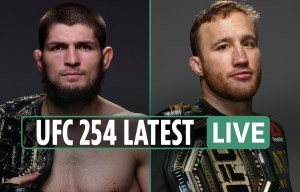 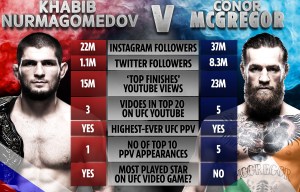 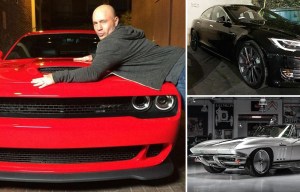 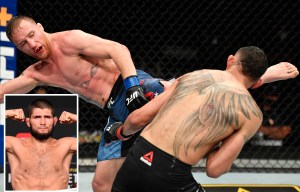 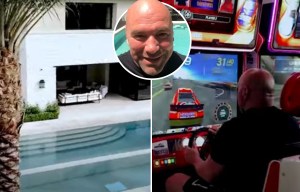 "I don't know a ton the details which I'd have to get from Dana, but if he's able to pull together or if Conor and Poirier agree to a fight at some point, you can reasonable assume it's in the first few months of 2021, then it will be a closed door event.

"Whoever thought they'd see Khabib Nurmagomedov fight Justin Gaethje in a closed arena with 150 staff members? No one ever."

The UFC have offered McGregor - who beat Poirier, 31, at featherweight in 2014 - a headliner on January 23.

It was verbally accepted, with contracts not yet signed, but the 32-year-old called for the fight to be staged at the Dallas Cowboys' 105,000 seater home.

The AT&T Stadium can currently hold 20,000 capacity for NFL games, due to coronavirus restrictions.

But the UFC are holding firm that they will only welcome back fans once full capacities can be filled up.

And that means White will not hold back from getting McGregor back in the octagon as quickly as possible once a deal has been finalised.

"I think if the opportunity is there to have one of these fights - any fight, whether it's a Conor fight or a lot of talk about Khabib and Georges St-Pierre, who knows if that can ever come to fruition, but the point is we're not going to slow down and wait.

"We're going to push on and find ways to put on live events irrespective of whether there is an opportunity to sell tickets.

"If that fights ready to be booked Dana will book it."

Griezmann on the match with Argentina at the 2018 world Cup: Offered Deschamps 4-4-2 and personal custody of Messi. He listened
Ex-inter defender Maicon may move to Sona from Serie D
IFAB about playing with your hand: Not every touch of the ball is a violation. The final decision rests with the referee
Griezmann on leaving Atletico: I needed a change. The decision was very difficult
Barcelona was the name of Masserano to substitute for injured Pique. Javier refused (Eduardo Inda)
Inter want to sign Giroud in January
ISCO agent: he wants to try to play in another League
Source https://www.thesun.co.uk/sport/13004136/conor-mcgregor-behind-closed-doors-ufc/

Landscape of fear: why we need the wolf