JOHN FURY said son Tommy would fight Jake Paul next - and praised the pair for their online trolling.

John's other son, WBC heavyweight champion Tyson, started the feud after he called on Paul to fight the Love Island star.

Both men then took aim at each other online, with Tommy using girlfriend Molly-Mae Hague's wig to imitate Paul.

It came after the YouTuber mocked Tyson's half-brother with a British accent and said he looked like the Gypsy King's 's***'.

Paul, 24, won the appraisal of John, who admitted he wants Tommy, 21, to fight the social media sensation in the future.

He said: "I'm enjoying a bit of a joke with Jake Paul. We hope to get him sometime in the future.

"We'd probably take him next if we can get him. But they're just pipe dreams at the minute.

"I thought Tommy's thing with the wig on was great.

"Jake Paul, equally as good, we've enjoyed a backwards and forwards with these two, it's going to be a great."

Tommy recently improved his record to 5-0 and is lined up for a swift return in April. 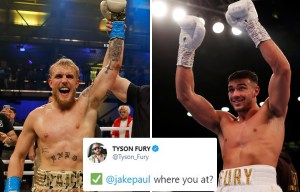 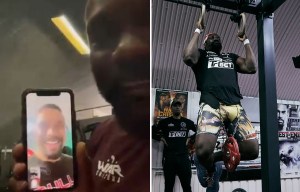 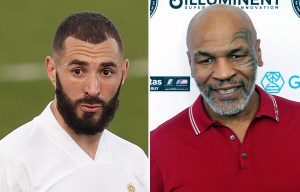 'NOBODY'S GIVEN US ANYTHING' 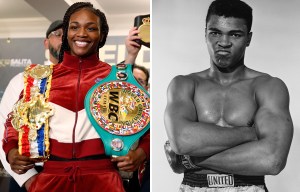 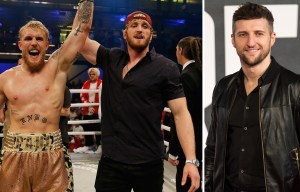 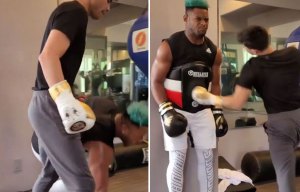 His promoter Frank Warren gave the green light for the unbeaten light-heavyweight to face 2-0 Paul.

But the veteran matchmaker is still not convinced by the standard of boxing Jake and his brother Logan, as well as Brit KSI, bring to the ring.

Warren told SecondsOut: "The YouTubers, what I've seen of them, the ones I've seen, wouldn't win a Southern Area title.

"They've not got the experience for it. They do their best, I mean I've only ever seen one YouTube fight and it was what it was.

"It was two evenly matched guys, who probably wouln't get a liscence. Wouldn't win an ABA.

"Having said that, Jake Paul, what do I think of that? I think Tommy Fury will knock him completely spark out.

"I dont see any other way that goes. Would I get involved? Absolutely, there's going to be no risk for Tommy.

"But it doesn't mean I think any differently.

"As I say, these guys at their level, they're doing what they do, good luck to them, they're earning a lot of money.

"My only prefix about it is that I feel thats not what top boxing is."