TYSON FURY believes that he will make light work of Anthony Joshua, if the pair finally meet later this year.

The highly-anticipated heavyweight unification bout is expected to take place in Saudi Arabia in August.

And the Gypsy King, who remains in the dark over negotiations, is as confident as ever.

He told ESPN: "It's pretty simple - hit him in the face a few times and he'll fall over.

"He doesn't have the biggest heart, he hasn't got the most resilience and he's not the hardest to hit.

"When I land it's gonna be over quite quickly."

Whatever happens, Fury is determined to be active this year, after only fighting once in 2020.

The 32-year-old, when asked about whether he believes AJ will be next, added: "I hope so.

"I'm hoping and praying it's going to be AJ but I'm not going to wait around forever.

"I need to be active, I need to keep busy, and it's up to Top Rank to make that happen. 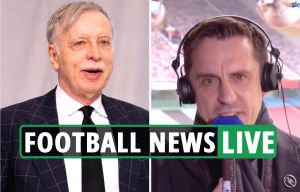 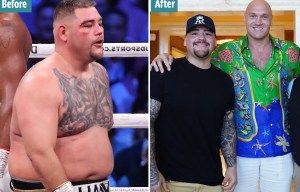 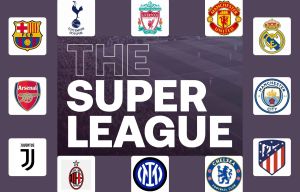 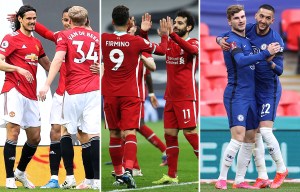 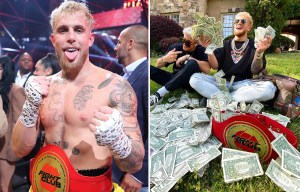 "They're my promotional team and I'm sure they're going to keep me busy this year.

"I need two fights this year, regardless of who it's gonna be, let's make it happen."

Fury hasn't fought since February last year, when he dispatched of Deontay Wilder inside seven rounds in Las Vegas.

And while Saudi Arabia, where he defeated Andy Ruiz Jr in 2019, is expected to host the fight, AJ wants to face Fury at home.

He said: "We want to have people coming to the venue. It's just finding the right location. For me, Wembley would be ideal."