TYSON FURY has been handed a two-month medical suspension after suffering two cuts during his victory over Otto Wallin.

The Gypsy King, 31, suffered a horrific double gash above his right eyebrow and eyelid leaving him soaked in blood and unable to see out of one eye for nine rounds against Otto Wallin.

Fury overcame the early adversity to outscore his Swedish opponent and kept his February rematch with Deontay Wilder intact.

The former world champion was twice checked by the ringside doctor during the Las Vegas showdown but was allowed to continue, and he needed 47 stitches after stretching his unbeaten record.

But the Nevada State Athletic Commission have now announced the 6ft 9in star is suspended until November 14 due to the damage.

And he is not allowed any contact until at least October 30.

The decision is standard practice and does not impact the planned second fight with WBC Title holder Wilder set for February 22.

Fury arrived back in Manchester yesterday from the US sporting a huge scar above his eye.

But he insists he will be fit to face the Bronze Bomber next year.

He said: “I'm ready for war. I think it was just over 40 stitches inside and out with both the cuts.

“Listen I'm all right. It's boxing. You can't go swimming and not get wet. It's the fight game."

Fury’s promoter Frank Warren, who has vowed not to let the 31-year-old fight until he is 100 per cent physically, is also sounding more positive regarding next year’s showdown.

He said: “The doctor said it was a clean cut so it doesn’t need microsurgery inside and he said it would stitch well.

“Fingers cross it will be alright. He has five months until February and we will see what happens. 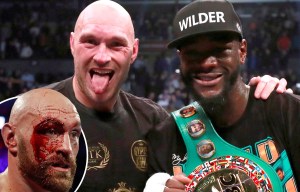 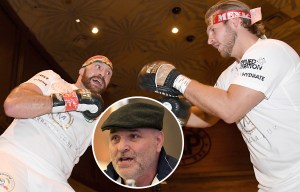 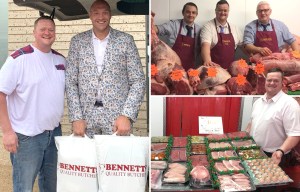 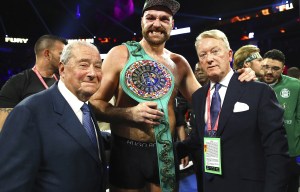 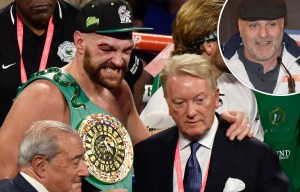 “Of course he does need a rest because he has been in camp for a year.

“He has a cut, he can’t train with a cut. All he has got to do is maintain a decent weight to work on for when he can be in the gym back sparring.

“He needs a rest, he needs a break with his family. He will have a couple of months off and three months to prepare for the fight.”

Koeman on 2:3 with Athletic: It's not a step back. Barcelona will still show that they are on the right track
Griezmann has scored 5 goals in the last 4 finals
Messi went mad: he hit his opponent on the head and got his first red card for Barca (753 matches!)
Barcelona screwed up. We did not defend well, no one suggested to each other. Griezmann on 2:3 with Athletic
Messi hit Villalibre on the back of the head and received the first red card in 753 matches in Barca
Conte on 2:0 with Juve: Inter learned to feel the blood and kill the game
Vidal about 2:0 with Juve: Inter beat the best team in Italy. We believe that we can win the Scudetto
Source https://www.thesun.co.uk/sport/9942424/tyson-fury-otto-wallin-two-month-suspension/

Attenborough's heartbreaking environment plea as he 'doesn't have lots of years'