Turkey: 'Fireball' meteor lights up the sky as it falls

Locals in the city of Izmir captured the bizarre moment that a meteor burned up and caused a "huge explosion" in the sky. The "mysterious" celestial event, which was caught on camera at around 2am, shocked onlookers – with many speculating what it could be on social media. In the footage, the bright green light shoots down towards the surface before appearing to disappear behind hills.

One person wrote on Twitter: "UFOs have been seen in the sky #PrayforTurkey."

Another added: "Strange, bright object believed to be a rocket debris crashed in Turkey. Satellite?"

The professor told his followers that the "fireball" phenomenon occurs when a meteor begins to burn up as it enters the Earth's atmosphere. 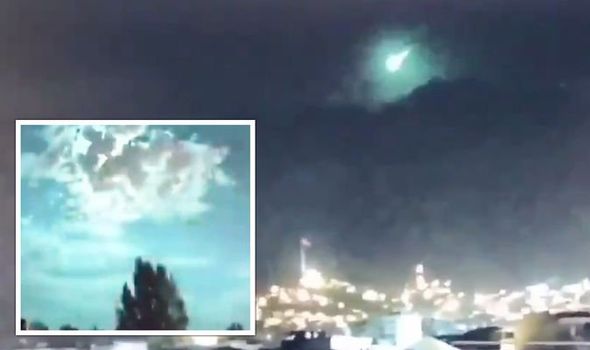 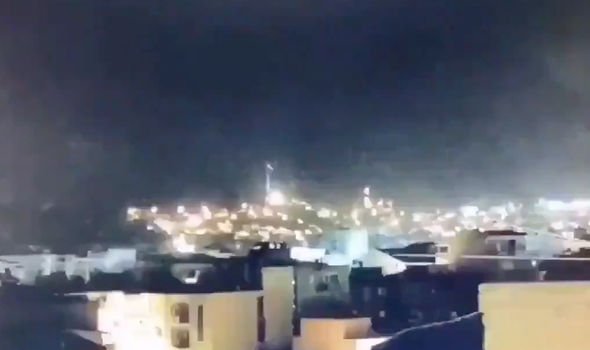 Space rocks will often disintegrate before reaching the ground but if they do crash into Earth they are classed as meteorites.

And Dr Dal explained that sometimes the process of disintegration can sound like an explosion.

He added: "It usually burns away in the upper atmosphere.

"It should be considered as a more specific version of the phenomenon known as a shooting star among the people and it often experienced during periods of meteorite rains."

The green glow is believed to have been caused by the amount of nickel in the rock. 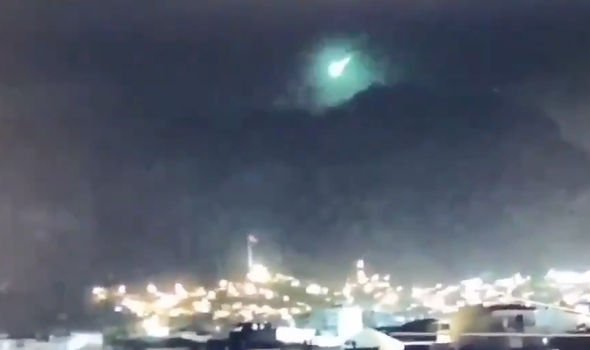 Some believed the meteor was a satellite of UFO (Image: TWITTER)

About 90 percent of meteors contain no metal but some are made wholly or partly of iron and nickel.

The Perseid Meteor Shower which happens every year through July and August sees up to 50 meteors an hour shoot through the sky at 133,200mph, with the vast majority never reaching Earth.

The shower occurs when Earth crosses paths with debris left behind from Comet Swift-Tuttle.

It comes as wildfires continue to cause devastation in southwestern Turkey.

Wildfires fuelled by high temperatures and gusts of wind are forcing the evacuation of hundreds of villages in the region. 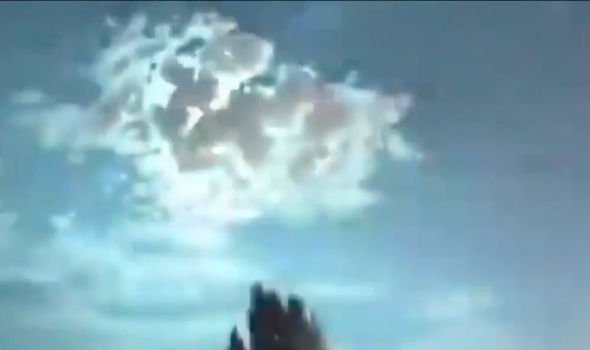 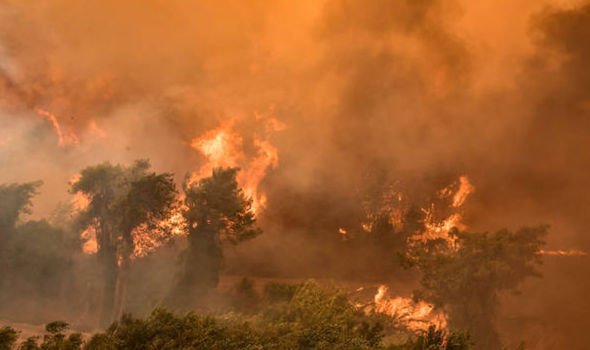 Firefighters have been battling to control dozens of blazes - including ones in the coastal resort towns of Manavgat and Marmaris - while tourists in Bodrum were forced to flee hotels.

More than 120 fires have been reported, with eight people confirmed dead and 27 more being treated in hospital.

Fires are common in southern Turkey during the hot summer but experts have said this year's are much bigger than usual.

Scientists are blaming climate change, with temperatures five or six degrees higher than the average for this time of year.

The current heatwave is being fuelled by hot air from northern Africa and the southern coastal city of Antalya reached 42C during the weekend and temperatures are expected to reach 47C this week.